Updating the alternator without losing the "Gen" light

Last year I added air suspension along with a custom stereo to my '63 Convertible.  Both of these put more load on the electrical system than a '60s Cadillac was originally designed to handle.  The 500 Watt JL Audio amplifier is capable of drawing 40 amps at full volume, and the two ViAir 444C compressors draw 25 amps each.  Keeping up with this demand as well as running the original equipment puts a strain on the original charging system.

The original '63 alternator was rated at 52 amps.  Mine was putting out around 13.8V and was charging the battery, but just not enough to keep up when the compressors were running.  This was especially problematic when making only short trips - the battery charge would diminish over time until the car wouldn't start. 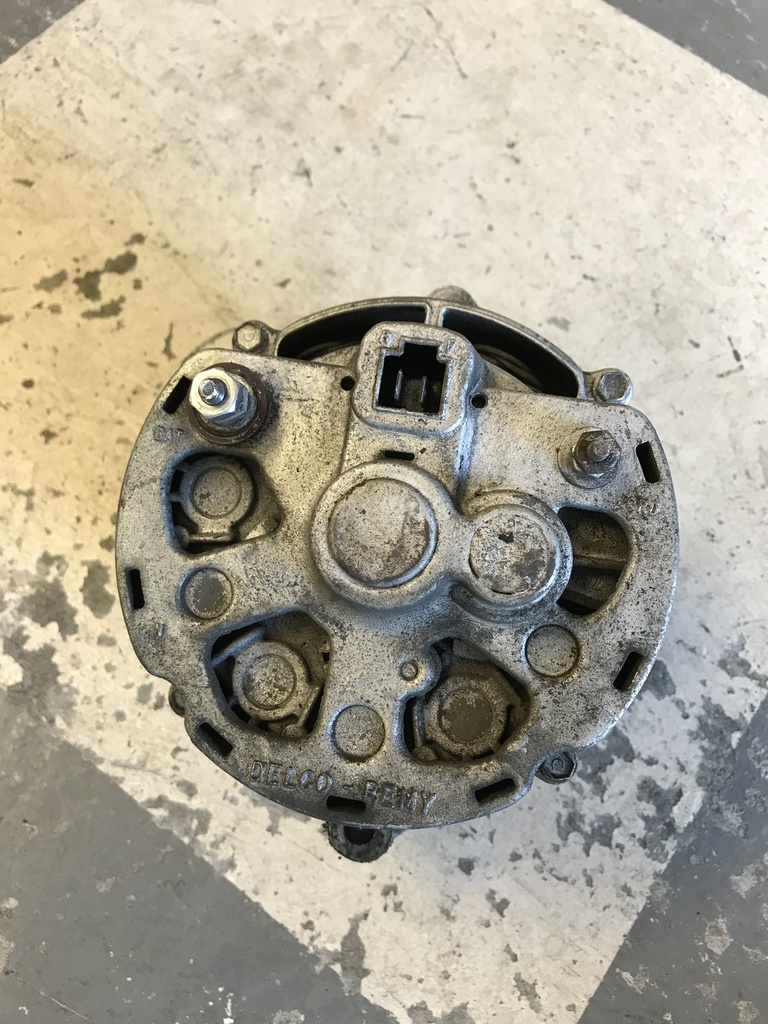 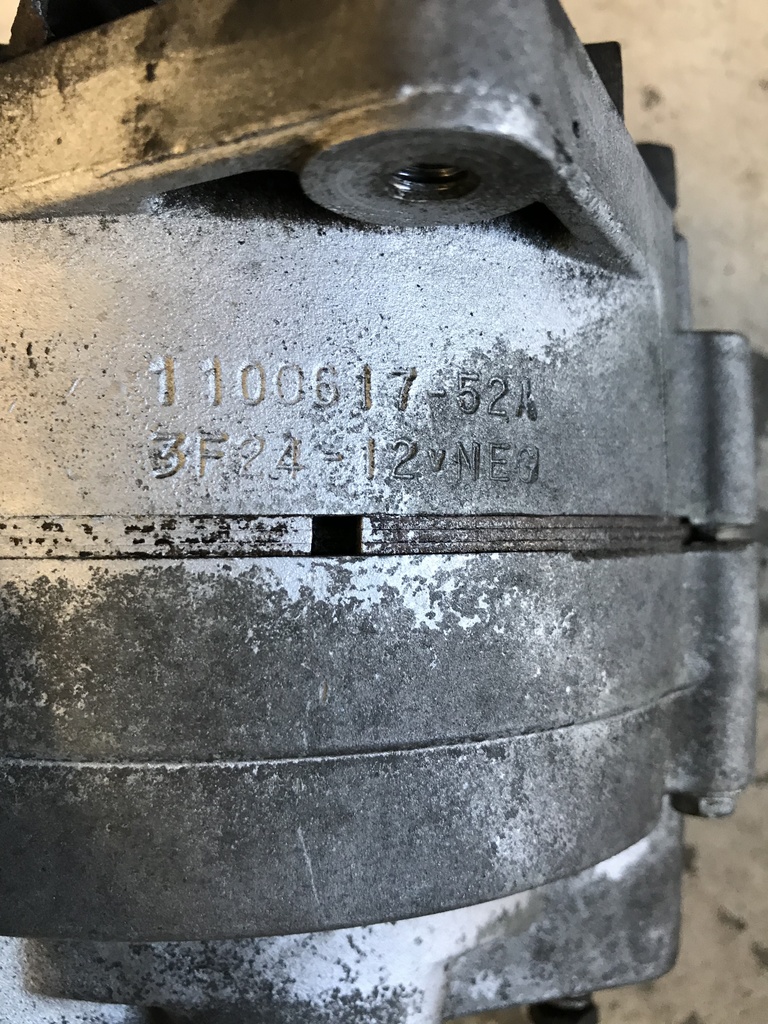 Powermaster has both 100 and 150 amp versions in natural aluminum, polished, chrome, and black powder coat.  If you prefer a more original look and not the "smooth" case, Powermaster has those too.  I went with the smooth look in black powder coat because I plan to clean up and simplify the engine compartment and do a little customization in the future, and this will fit my style and color scheme. I purchased PN #150 harness which adapts the new alternator to the 10DN harness and is key to keeping the GEN light functional.  I also bought a PN #100 output terminal boot to keep the terminal protected.  Here are the parts: 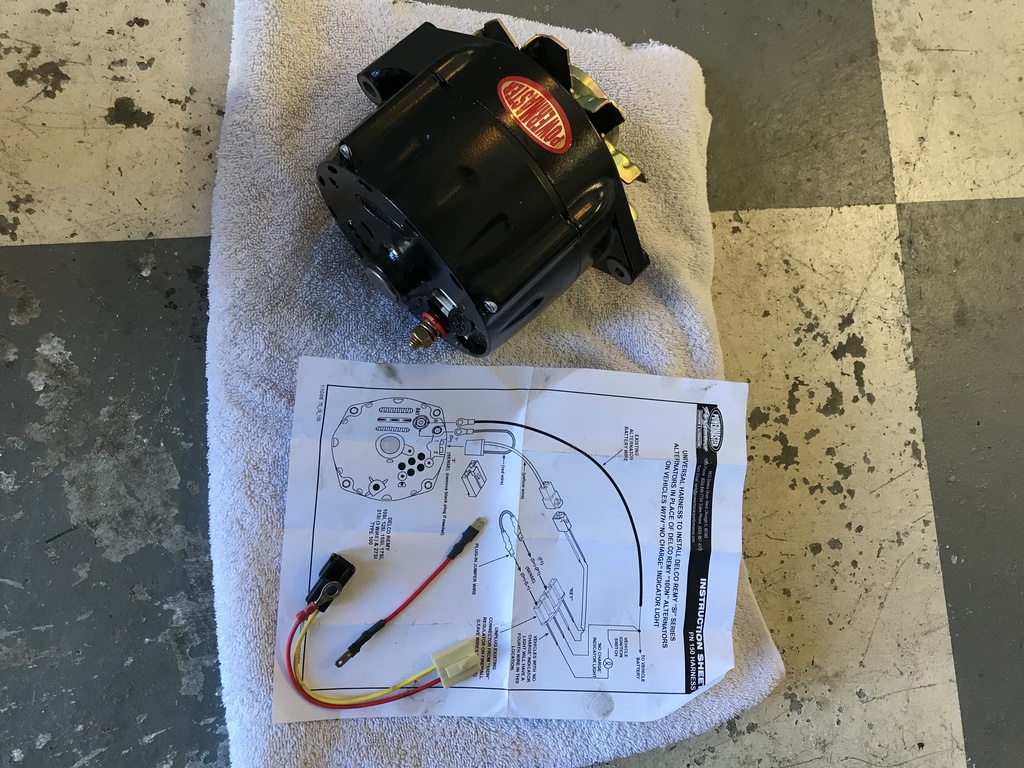 The PN #150 adapter harness comes with a connector and a jumper (and instructions) that allow you to do a simple plug and play conversion retaining the original regulator harness.  Personally, I didn't need the clutter of the original regulator harness, so I chose to eliminate it.  Doing so requires a minor modification to the factory alternator connector plug, and an OEM-style Packard connector and special crimp tool which I already had.  These are available from American Autowire

With the battery disconnected, removing and replacing the alternator is straightforward. Disconnect the wiring at the alternator end and unplug (and remove) the original regulator located on the radiator support.  Remove the two bolts holding the old alternator, pull it out, and bolt in the new one.  If you're keeping the regulator harness, follow the instructions included with the adapter harness.  Plug the new harness into the old alternator connector, and install the provided jumper between the brown and yellow wires on the regulator connector.  Leaving the original regulator harness installed just makes the installation easier.  If you want to eliminate the old harness, the brown/white wire with the fuse holder comes from the GEN light in the dash.  This wire connects to the yellow wire in the new adapter harness.  For an OEM look, I used factory style connectors to make the connection.

Finally, install and tension the belt, reconnect the battery, and you're done.  Note that, depending on the output amperage, you'll have to increase the size of the output (red) wire to handle the added output current.  Check with Powermaster support to choose the correct output wire size for your application.

The end result is a modern alternator that resembles the original yet much more powerful. Here's the finished result installed: As a test, I turned the key to the run position and confirmed the GEN light came on.  I started the car and the GEN light went out as expected.  To create a load, I turned on the headlights and activated both air compressors.  At idle, I measured alternator output at 62 amps (18 amps for the headlights and 44 amps for the compressors) @ 14.39V.  My charging issues are solved.  As a bonus, I also noticed that the power windows and seat operate a little faster as well. 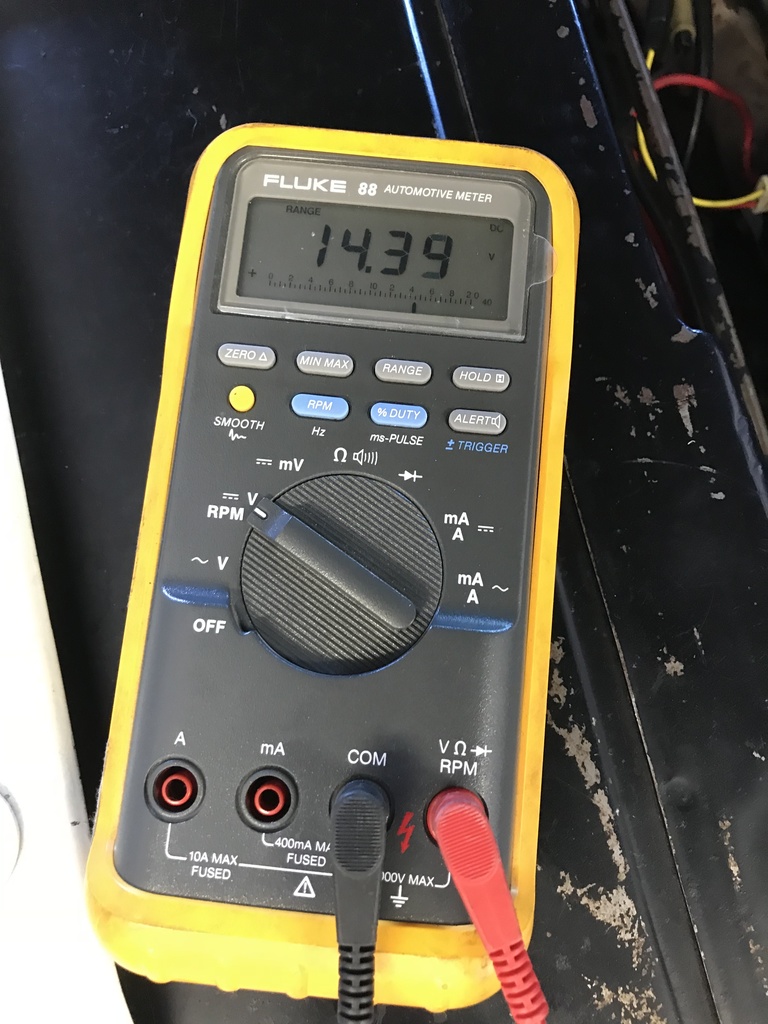 Thanks for adding that feedback about the upgraded 10DN alternator Clifford!  That's a great option for when you want to keep it looking original!

That's a nice upgrade Michael! I went for a different direction to a more factory look. Was looking for a high amp upgrade on Ebay and found a company named Chargers Auto Electric that sell refurbished and upgraded 135 amp 10DN alternators. They come with a new heavy duty solid state external voltage regulator. As you can see in the pictures the differences between the refurbished and factory alt. are in the pulleys, markings and size. Bought one for $115 + $15 S & H. Altough the 12SI alternators with internal voltage regulators give a far better amp output then the 10DN's I must say that I did no modifications whatsoever on the existing mounting bracket and factory electrical harness except for the red output wire at the alternator to compensate for the load. Everything works as it should and up till now I had no problems. Dash and headlights dim less, power seat and windows work a little faster and so do the blinkers. 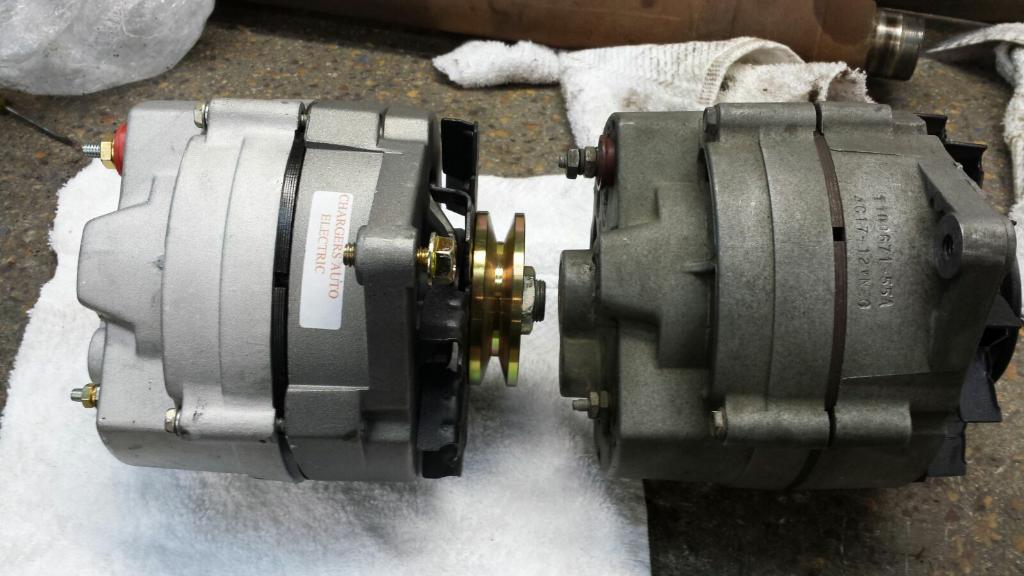 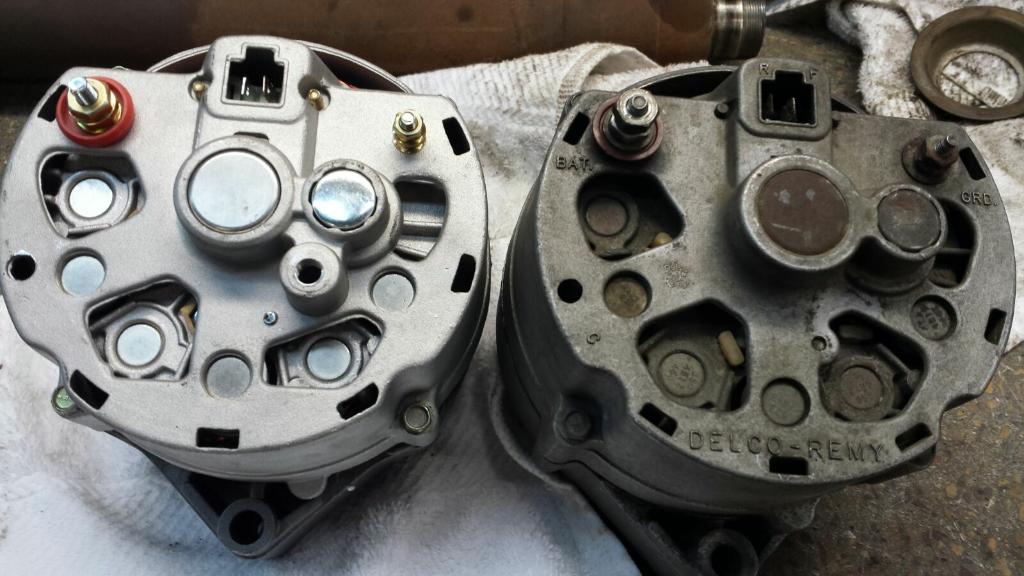 Look forward to the article.

Yeah, I've been meaning to write that up.  I should have some time over the next few days.

You should think about a step by step guide on how you did it.

Not something I want to do to the Fleetwood, but i'd still be interested to see it and read about it.

Thanks Kevin!  Those control arms are from CB Chassis Products, aka Choppin Block.  They make some nice stuff.  I have their full front and rear tubular control arm kit.  Nice quality stuff. Puts the crossmember on the ground.

Going by what I can see of your control arms, it looks like a nice set up for the bags.