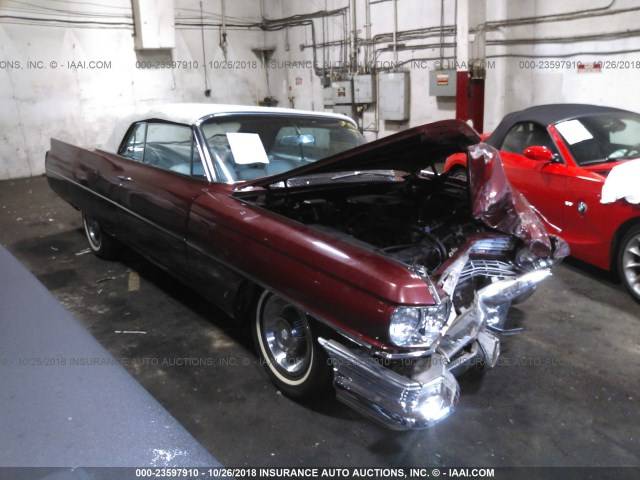 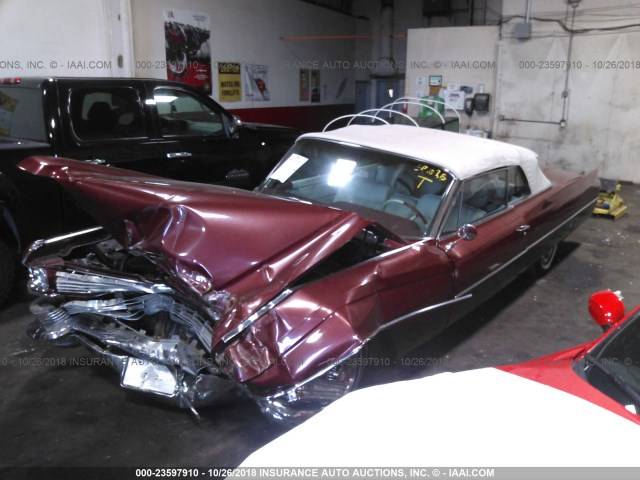 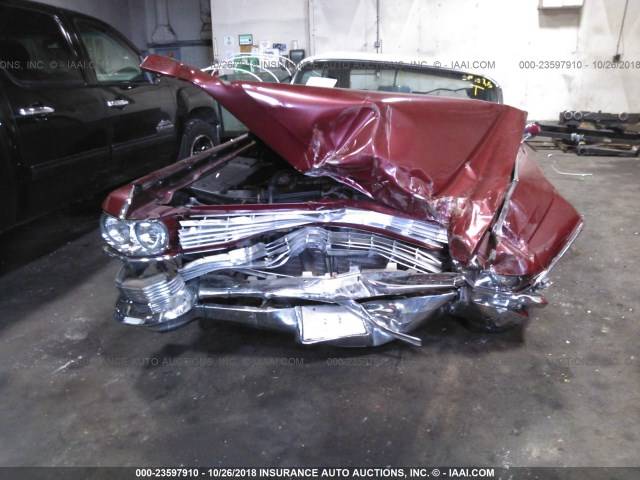 I saw an ad for this car on Hemmings Classifed on line today. This car looked to be in beautiful condition before the collision. The interior looked really nice. There are more pictures in the ad.

One hell of an impact !!
Good to see the drivers compartment was not affected by such a great impact keeping the drive safe to some degree

Jeff
Was this the standard Crash Test we often see to test for driver safety ?
Any idea what the speed was that did this much damage ?

Permalink Reply by Jeff Kinzler on January 13, 2019 at 11:44am
Tony you and I have been around long enough to remember “ in a Cadillac you walk away from the crash”
The fact that the impact happens 8’ away from your head and close to half the weight of the car is on that area must provide an engineering safety factor that protects occupants.

In a 1964 Cadillac, you have 2 crumble zones. (Whatever its hit and the occupants)

I reckon, with either no belts or the factory lap belts, immediately after the car impacts the other "object", the next thing to happen is the removal of your front teeth from the impact with the steering wheel.  Then, as your melon he flies back the other way, it can impact with the rear passengers head, as its still traveling forward with a greater distance prior to meeting something solid.

Meanwhile, with little or no "give" due to the massive solid structure (your 64 Cadillac), all your internal organs begin to play hid and seek, as they shoot around your insides like two bubbles in a piss pot.

Your flailing arms, will begin to bitch slap anyone within a 500 yard radius.

Your eyeballs will shoot out until they hit the windscreen like a moth drawn to a light, before being repelled back into your head at Mach 1 warp speed, with the return impact knocking out your ear wax.

Due to the last nano second oh shit moment you experience prior to a major crash, the butt pucker factor, will see most of the drivers seat material zip up ya bum like a rat up a drain pipe.

Then, as you sit there, bleeding, broken and slightly unhappy, the moron in the other car runs over and says..... Sorry mate, I didn't see you.

The previously, uninjured second party, will now speed 3 weeks in a coma after being near beaten to death with a tyre iron by..... shall we say... a slightly miffed 64 Cadillac owner.

I sure hope it never happens to me or the Fleetwood.... I'd be devastated.

Really painful to look at, but I think it's really amazing how modern technology has created  paint that flexes with the steel without flaking & chipping. Depending on the frame , she looks repairable to me : replace front clip.

Where i am living in north west central Florida the size of the vehicles on the road is rather amazing
Every where you look you will see a very large pick up truck some often jacked way up
and cutting in and out to get to the next light side by side --LOL !
Being in a smaller car - my Scion -makes this more obvious

Just so you know: -- when our Cadillacs were NEW they were one of the very largest cars on the road In there time
So that was a big part of them being able to take a hit from some other smaller cars with no problem
A large vehicle gives you some special unexplainable rights and authority on the road if you get my drift
That was the case with our Cadillacs back in the day ( i just love using that term !) and that added to what these cars were about then ( when new )
They were large enough to --RULE THE ROAD-- in there day
We have lost that quality with the very large vehicles on the roads today and they now rule the roads
Of coarse they don't look 1/16 as good as we do out there on the road ---YES !!!!!!

Add to my above post these cars were --one of the Heavier passenger cars on the road in there day adding to the Crash protection these cars were know for then
I know my 64 convertible is 4,200 lbs and my 63 chevy was 3,200 lbs as an example
A no Brainner which one would hold up better in a a high impact situation

The big difference now, is the crumble zone tech they use in modern cars.

The 59 Chevy VS 2009 Chevy on YouTube is a great example. Your old China plate in the 59 would end up brown bread while the 2009 driver would dust off the powder from the airbag and live to fight another day.

Keep in mind though, in the clip, both cars hit dead square which would be highly unlikely in real life. In real life, unless both are asleep or brain dead, one or both would swerve and even as little as a 10 of 15% angle would start to give a lesser impact.

Like any test, you can set things up to show the worse case scenario to embellish the point you are trying to push. Whilst the maximum impact is possible, i would expect, its not all that probable.

In one yearbook we wrote:

“Statistics don’t lie, but statisticians do.”

My rms is leaking again.  I hv cked all other options for leaks and its none of those.  Ie, oil presdure, valve covers, etc.  So i called egge to order another one.  I asked the guy wat contack…Continue

What I  have are many extra original, hard-to-find 1964 Cadillac Coupe Deville Parts (from donor car).…Continue