Hydra-Matic with some problems

today was a black saturday: my 1964 Caddy "baby" only drives in the first gear and reverse. so I drained the oil (6 liters - not drained the converter) , pulled off the pan and the filter. just dirt in the pan - no major "material". but the (I think it is) the band is loose and the pipe for the filter also. is this normal? and what about the missing second, third and fourth gears? any ideas? (click the link for the video) thanks, RobertHydra-Matic with some problems

I looked at the video, and the black 'material' is friction clutch or metal, showing some internal wear.
The band is indeed loose, and probably contributed some of the material at the bottom of the pan, but that can be easily adjusted, and doesn't have anything to do with the symptoms you described.
The Hydramatic only used one band, which was only applied in manual low for engine braking on steep declines-- it isn't applied in regular drive range or reverse.

The pipe for the filter may or may not be ok, there is supposed to be a clamp to hold it up, but I don't know if that is even necessary.  on later models, like the 400s, the filter is held by friction of the O ring that seals it, and is prevented from dropping by contact with the pan.  If the filter inlet is leaking, you would have a noticeable slip in every range, because it would be sucking in air with the oil, and your oil would be foamy and hot.  If you have no slip, we can rule it out, but replace the O-ring and get the proper clamp.

Now, as for the symptoms, if you have a shop manual, there is a nifty numeric diagnostic guide in the Hydramatic section that will give you a ton of info, but in my experience, if a trans won't shift up and doesn't slip, it's going to be a throttle valve (the rod going to the carb needs to be adjusted), a clogged filter (would badly delay shifts), or a bad governor, which can be just stuck closed.   Service procedures for all of these are in the manual, and all are easy to at least have a look at, since clearly you know your way around the bottom of your caddy.

Hopefully you'll get lucky, and some of the 'material' has gummed up your governor and it just needs a cleanout.   If you don't have any slipping, just no shifting, it's usually the culprit in one way or another.  If it slips instead of shifts, then you have a bigger internal issue.

Also, since I didn't see one, get a magnet for the bottom of that pan (they make them specifically for transmission pans), that will really help keep the fluid cleaner.

Hi Mark (and others), you wrote "The band is indeed loose, and probably contributed some of the material at the bottom of the pan, but that can be easily adjusted, and doesn't have anything to do with the symptoms you described". Does that mean, that I can adjust the band? With the tranny in car? Perhaps not.... I forgot to mention, that first the trans was slipping in the first gear. Then, there were two "shocks" out of the trans and it starts shifting as usual. I had to stop at a red traffic light and since then only the first gear. I had this symptoms two times a few years and a few weeks ago: only driving in the first gear for about 5 minutes and then all was good. The second time it starts in the first gear and then to the third gear - no second and no fourth gear. This was about 20 minutes. I added some fresh fluid - although the dip "said" full and the problem was solved. Thank you so much guys !!!!

i misspoke. you can't adjust the band on the jetaway, apparently.  It can be done on the th400 by changing the length of the pin, but this isn't really too important, since it's only for overrun.  It may still even work, you'd have to see by downshifting and checking for deceleration.

If you need to overfill your trans to get it to go, then you should take the pan back off,  remove the filter and filter pipe and replace the o-rings.  That's an indication that it maybe sucking air instead of fluid.   In short, the transmission only works properly when the level is above the pipe, so that filter is completely submerged.   Overfilling may make it work, but the trans will 'flare' or slip when you go around corners, when the fluid is sloshing around.  This is consistent with a slipping banging transmission,  the pump will lose prime, then 'shock' as the fluid level rises and the pump pressurizes again.

Another possible cause for the loss of drive and 'shock' would be a stuck valve in the valve body, which suddenly frees up.  Since you said you lost second and fourth, this means your front unit coupling is still in reduction, maybe that would point at the coupling valve body being scored.

This is an old transmission, and may have not been rebuilt in years.  In the early days, gas stations were topping them off with 20 weight oil, since that's what the first transmissions used as hydraulic fluid.    In the seventies, transmission fluids were made from sperm whale fat.   Modern fluids are extremely detergent dense and thinner than what was used in the past.    The point is, all those years and different oils may have left quite a buildup in the internals.    You're dealing with an intermittent issue that seems like it's something stuck.  I'd change the fluid and filter again after you drive it a bit, and let the detergents in the modern oil do their job .

Mark, thanks for your explanation. I think, the problem is the mud in the whole tranny, the o-rings from the filter pipe and the filter itself. Yesterday I took apart the filter and it looks horrible. So I have to order new ATF fluid, a new gasket and filter. What about the o-ring for the filter pipe in the transmission? Where I can get this one. I think I have to order an assortment of multiple o-rings. Or is it special ? Thx.

I don't think it's special, it may come with the filter.  But i'm not sure, I actually haven't built a Hydramatic in over twenty years so i'm working from memory on most of my explanations.    If you can get a non metric O ring assortment in Germany there should be something to fit.

Bring your old  O ring to you nearest auto supply

Gulf makes a ATF-oil for classic cars. The oil has a little bit higher viscosity. Seems to be working great. 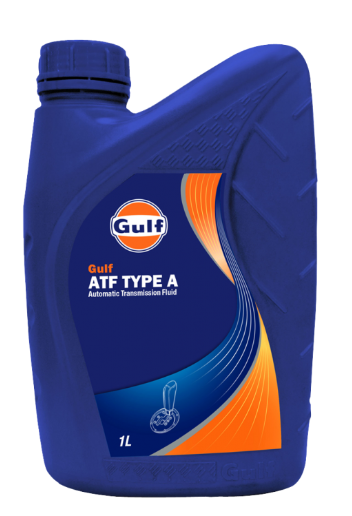 Btw, if you are having problems finding good and correct parts I can recommend TA Motor. Don't think there are any better Cadillac parts dealership in Europe. Site is only in Swedish, but there are pictures on everything. If unsure call them or send an email.

So here's an update: I've taken the complete valve body apart and cleaned it. There was sum dirt in it, but this - I think - was/is not the major problem. Everything works freely inside. Nothing damaged. The rings in the accumulator/servo are also good. I put in a new filter - the O-ring for the pipe is still good - and about 12 quarts of fresh ATF. BTW: the band for the "L"-modus works fine. Tranny still stucks in the 1st gear with no slipping in any drive modus. I also have "P", "N" and "R". My next step will be to check the governor and the oil passages in the extension housing. Am I doing the right thing? Thanks, Robert

yes, you're in the right direction.
if it's not slipping, just failing to shift, it's a really good sign.  Two things are responsible for commanding an upshift, which are the Throttle Valve (TV) and the governor.  Both of these are pressure regulators.   When the governor pressure (which gets higher as the speed increases)  overcomes the TV pressure, a shift happens.   If it doesn't slip, then it's likely that the governor is stuck or the rings on it are leaking.    There are two weights that spin on the governor, and when they lift, a valve should move inside.  Check that the weights are moving, and that the valve moves with the weights, and check the rings and bore it fits in.

Also, don't forget to check the throttle valve adjustment leading to the carburetor if you haven't already

Mark, you wrote: "There are two weights that spin on the governor". It's not the Turbo Hydra-Matic in my car. It's "only" the old school Hydra-Matic. So I think, it is different. Anyway: I have to check this guy out. I also drove the car without the TV linkage - the shop manual suggest this.

sometimes I think before I write.  In any case, its job is the same in the two transmissions, to open up centrifugally and control the pressure to the shift valves.  They are known to get sticky or leak around the rings.  Hopefully that's the extent of your problem.

Robert, what is the shifter lever pattern in the car? Just want to verify you do indeed have the Hydromatic and not the Turbo Hydromatic.

Started by Ben Roberts in 1963/64 Cadillac Specific Discussion. Last reply by Tony and Ginny 429 9 hours ago. 4 Replies 1 Like

G-1 positraction differential, needs blasting and paint. $150. Pickup Huntsville AL or LTL, I recommend Averitt express. Send me zip for shipping quote.***Update- Sorry if you have tried to contact…Continue