The neutral safety switch was damaged and needed to be repaired or replaced. It was leaking vacuum and had a damaged upper slide channel. Decided to try to repair this 650 (non-tilt with 4-speed hydramatic gearbox). 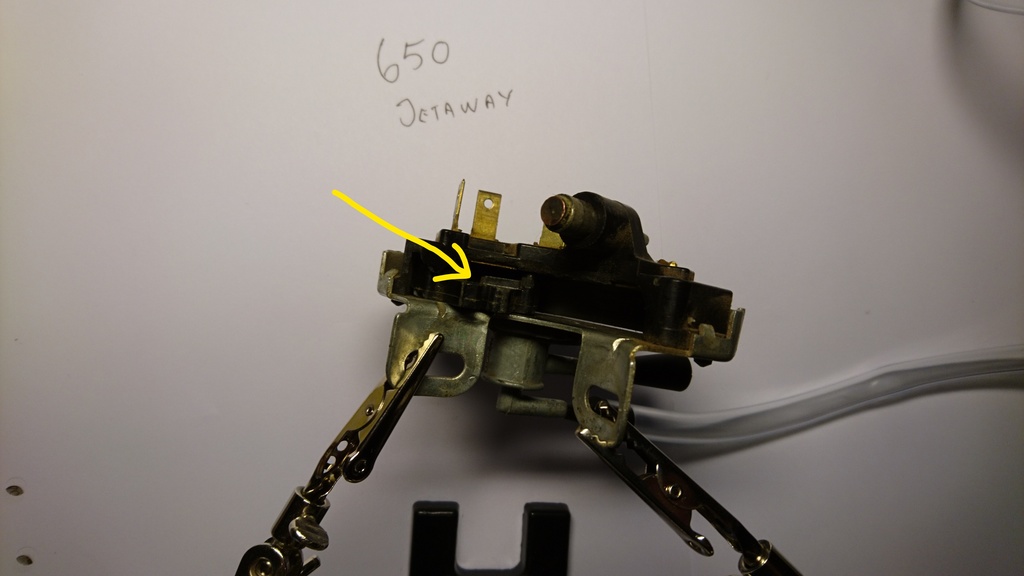 Here is all taken apart and cleaned: 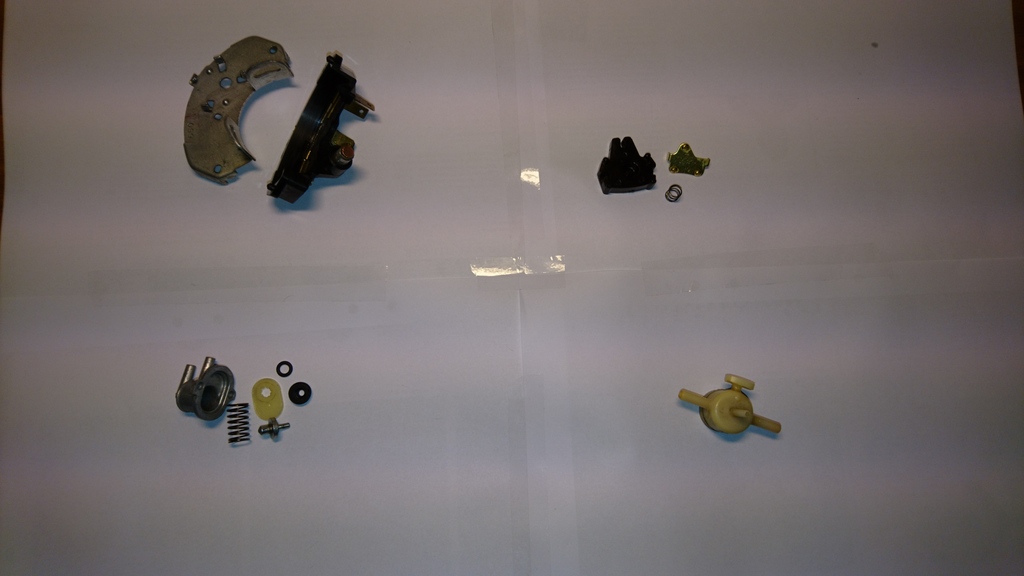 Fitted a piece of stainless steel cut from a steel putty knife: Here is a picture testing that the slider will move freely before applying JB-weld: 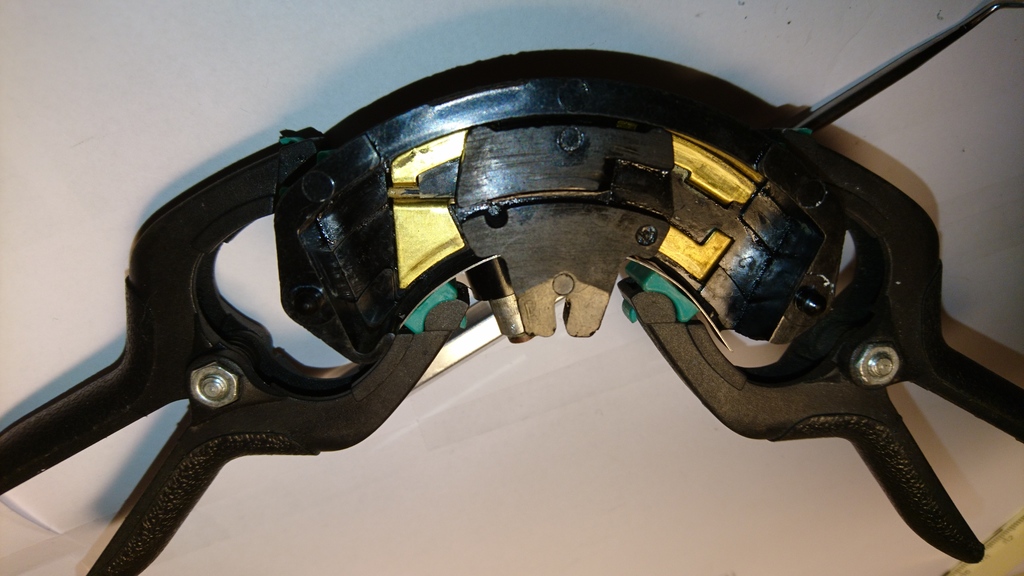 Applying JB-weld several times in small layers and carefully grinding the excess away: 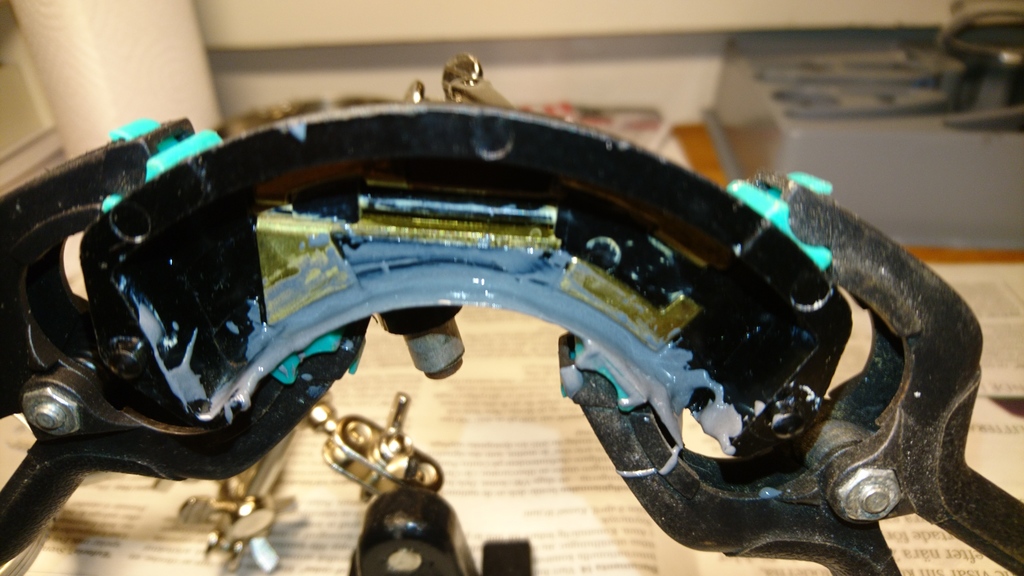 Finished with JB-weld and removing the excess: 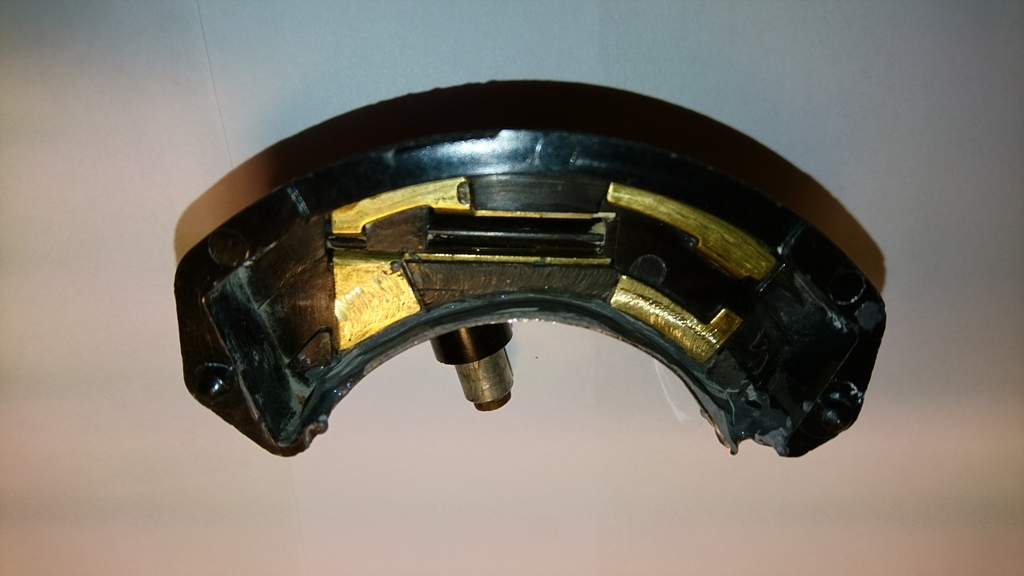 Testing with the slider (grove on slider was filled with JB-weld as well): 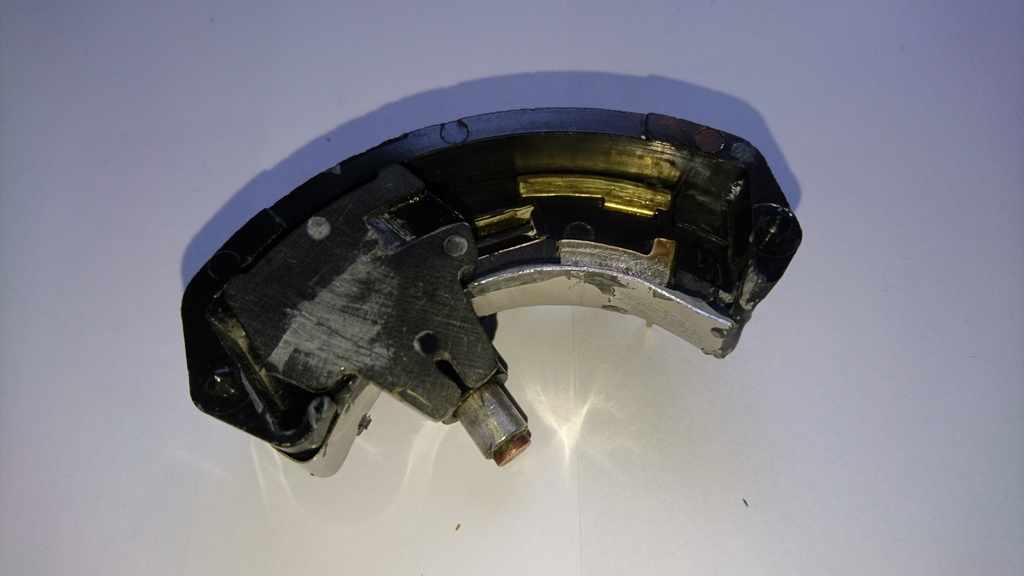 And with the mounting plate temporary fitted: After that it was time to repair the vacuum valve. Basically the problem with it was that the rubber cup type seal was tired and didn't reach the bottom. 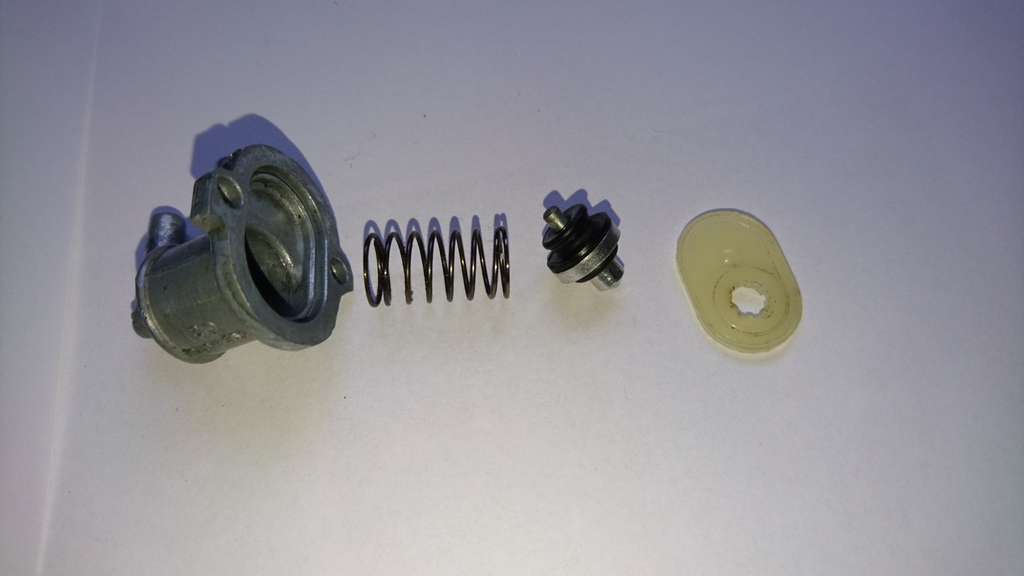 Easiest solution was to fit a small washer between the rubber cup type seal and the plunger: 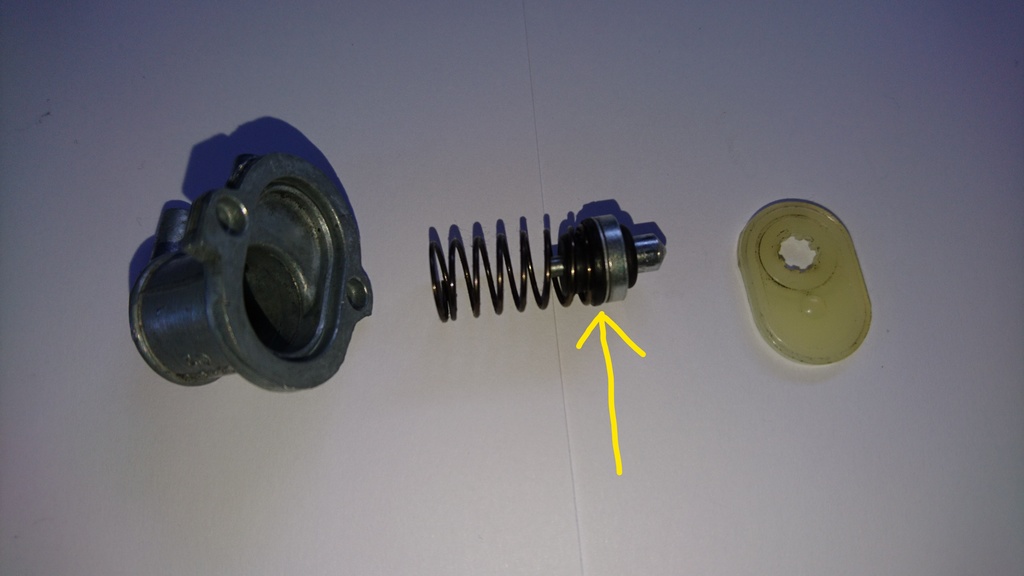 After that it was to apply vacuum grease in the vacuum valve and regular grease in the neutral safety switch for the slider to move freely and then assemble it all. The picture shows all parts used and two washers, only used one and had an extra spare. The switch has been painted black. Painting is off course not necessary as it wont be visible anyways, but I like to do it that way: 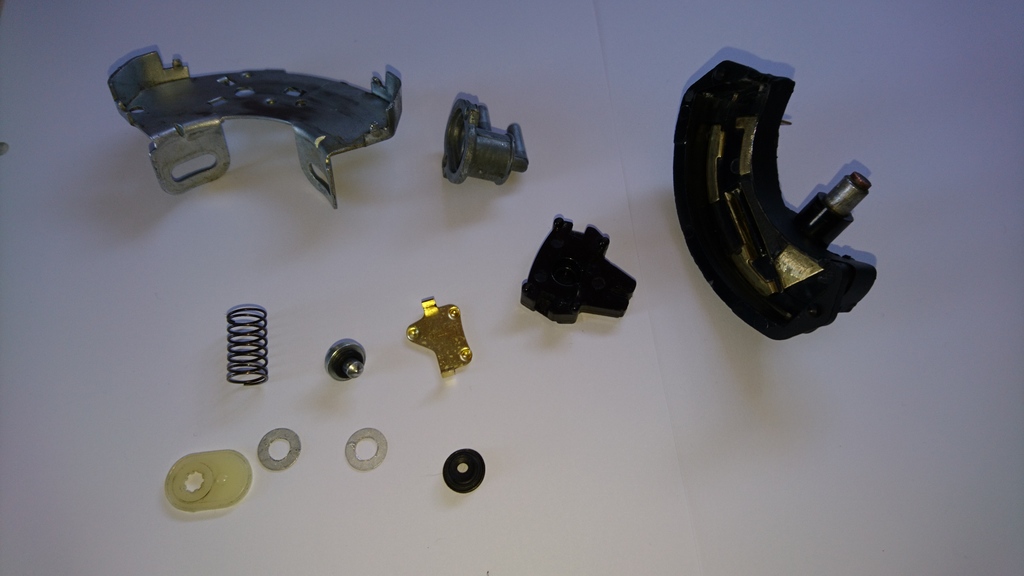 For some strange reason I didn't take any picture of the assembled switch, but I know you all know what it looks like anyways.

JB-weld used was the 4-6 hours slow drying kind. It was applied over a few days to get it right. The washer was a special order from Russ together with the vacuum grease.

Have tested the vacuum valve and it holds the vacuum and when moving the gear selector into drive the vacuum goes to the parking brake and releasing it. The electrical switch is working as intended and the rear white light is turned on when the gear selector is moved to reverse. Takes a bit of trial and error to place the neutral safety switch in the right position and it does help to have the front seat out of the way...At least for a 6 foot 2 inch 230 pound Swedish guy!

Hope this will help anybody in saving a few bucks instead of buying a neutral safety switch.

Anders, That was a fantastically innovative fix!   I have added a link to this post from our Help Page.

Permalink Reply by Tony and Ginny 429 on February 3, 2017 at 1:40pm
Anders
A really nice job with this repair and post
I think we need to give Russ some credit for the fix as i know he has repaired tha NSS switches in the past with this method and i believe suggested it to Anders

Yes, it was Russ that pointed me in this direction and he supplied the parts as I stated.

You did a great job. Glad it works out.   For what it's worth, I use the fast cure JB weld. It's perfect for this situation, as the strength is still within the range of the old fashioned bake lite.

Now that you know the secret of the repair, I may be out of business ;)

Don't think you will be out of business, quite the opposite. The thing I learned in life is that the more you share the more you get back. Keeping things secret is not a solution. The more we share with each other the better your business will become. Solutions will make people try instead of giving up. And a customer that gave up is of no value to you or anybody. The customer that is aware of a solution might still pursue some help from someone with better eyesight, skills, experience, tools and so on.

I'm really glad you pointed me in this direction. I bought parts from you after knowing it was possible to repair it. If I wouldn't known about it I would have bought a repaired NSS from a company in Sweden or Ebay for much more money. If that would have been my solution you would have had less business... Now with this thread some guys might try to repair their NSS. But most will not, they will however know that its possible to repair it. And they will know that you can do it. I could as well, but wouldn't.

Permalink Reply by Tony and Ginny 429 on February 4, 2017 at 1:29pm
Work clean with the JB Weld
Once hard it is very difficult to work with it
Alcohol will thin the epoxy if reqired and excellent for cleaning any excess off

Actually I let it dry between layers. Used a sharp knife to cut away the excess. Less sloppy and nil damage to electrical parts and the bakelit.

My electrical part is working, I'm interested in the vacuum fix, was it hard to remove ?

Russ has the perfect washer and the vacuum grease...

The drive is much better, I'm feeling the drive shaft issue is over, but I'm still hearing noises coming from the front end. Not sure where or what the are but I will find out.