I just finished repairing a few 66 stereos, and after fixing up the circuits to make them play again (another discussion), I was left with the usual problem; trying to find a belt that wouldn't slip.

Here's what worked for me:

I figured out that a modern poly-rib belt is just several small belts stacked next to each other: 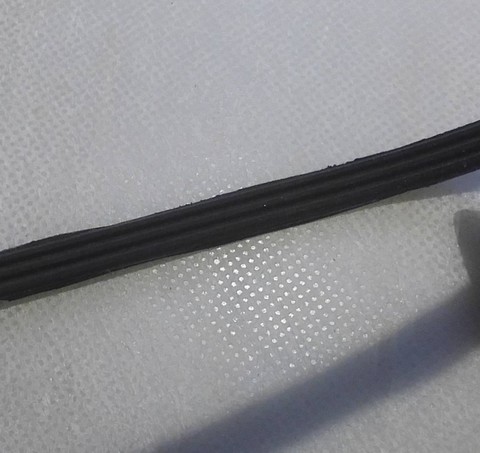 All it takes is to just carefully separate them into pieces by cutting along the grooves using several passes and medium pressure: 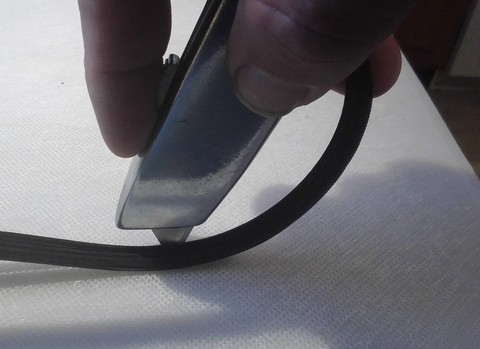 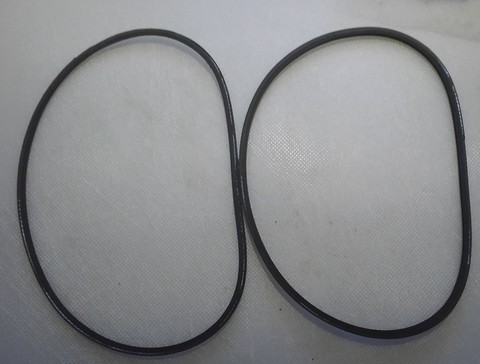 Then just slip it on. If you cut it straight, it will roll smooth and not slip. The belt will have a fabric backbone like the original, so it will not stretch.

The total cost of this project was $5.23 U.S., and yielded me 6 useable belts!
I know it's not OEM, but it works great, and cheap to boot.

The belt I used for the 66 stereo was a 190J6 micro-v belt, 19 inch outside diameter. I don't know if it will work for the 63-4, I don't have a radio pulled to test it, but you can measure the belt size with string and get one to fit.

Comment by Jason Edge on March 3, 2017 at 12:26am
Do you know which bulb it takes? I almost popped the front off on mine to look for the bulb but haven't gotten around to it.

I checked out your radio video, and it gave me another idea.

I think maybe I'll do a little quick tutorial on changing out the FM indicator light.   It takes about five minutes on AMs and AM/FMs, and uses regular 12V bulbs. Nothing to it.   Though i'm not sure if i have any 64 AM/FMs laying around.

Mark, they did not seem tight at all on my 64 am/fm. I even thought they might be a bit loose as I was putting them on but the belt grips well. I will give it a try on the am only's which should be tight, if not too tight, since the tuning shafts are about 1/4" further apart.  I just put my "now working" am/fm up for sale... might have to send you some commission! LOL

I had originally done the same, but it seemed to be too wide, and i was afraid of it cracking off the lip of my brittle old pulleys.  Also, my belts seemed extremely tight on the 66 model, and i figured the single V would relax more.  I'm sure it will work either way.

Glad to see you liked it, and now that it has your stamp of approval, it's gonna catch on!

Just wanted to update and say at the 190J6 V belts worked perfect. The only adjustment I made to what Mark did, was I ended up using a 2 V section. I first cut a single V Section and it seemed to work fine but left a gap that sort of annoyed me. I cut a double section next, and it filled the tuning wheel track almost perfectly. Thanks again to Mark for this great idea. Here is a picture of my am/fm radio with the double track belt installed: 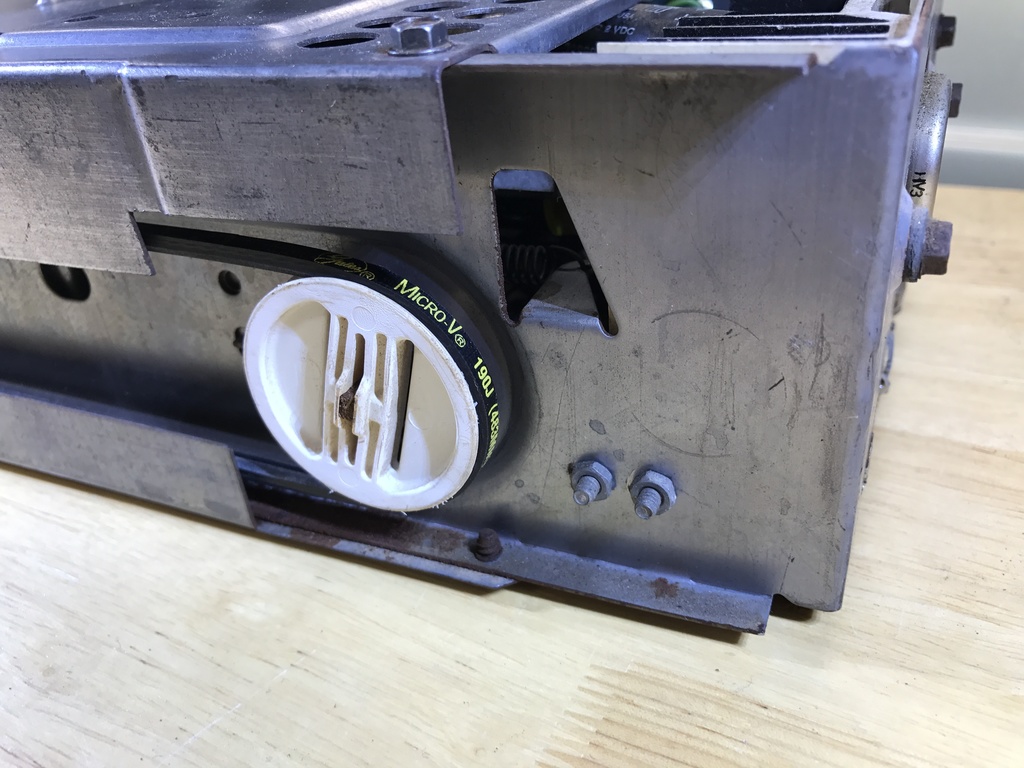 Mark, that is fantastic! I assumed the 63/64 FM was the same length as the 66 am/fm you referenced, and did note the 19" as the outer measurement.  My belt has shipped and like you, will end up for some extras. Thanks for the info on this belt and the additional info on stretching, etc.  This is what makes this site great, if I don't say so myself!

The belts work great.   The width is a little bit shy of the original, but they track fine, the lip of the pulley is almost as high as the belt, they've never come close to coming off.  The belt will ride flat side down when installed, so there's no appreciable side loading

I did measure the length, and 18 3/4' is what the 66 stereo measures, as well.   The 19" measurement on the belt is Outside Circumference, so the belt will be very tight at 19 inches. You may want to stretch it out a bit, I hung a weight on it over night, because i felt it was too tight.

I haven't had any slipping at all, still working fine, the only thing i found was that the load pulley on one of my radios is loose, so clicks once every turn.  Gotta find a solution for that, I only have one radio i'm willing to part out rather than repair, and it too has pulleys that have stretched and cracked mounting slots.  I wrapped the shaft in teflon tape and that stopped the noise, but i don't consider it permanent.    Other than that, no problems, and i'm very happy with the results.

Mark, how is your belt working? Does it ever slip off the tuning wheels? I just tested the am/fm from the last parts car and it works great but the belt is broke. The AM Only radios have a longer belt as the shafts for the rotating wheels are about a 1/4" further apart, so I could otherwise just pull a belt form one of my AM radios. So... I like the idea if this 190J6 micro belt, especially since it would make 6 belts, but not sure about the length and width.

Regarding Length, I laid end to end my broken 63/64 am/fm radio belt is approximately 18 3/4". I assume the am only would be 19" and some change. There seems to be a wide variety of belts lengths but all are 1" increments. For example there is an 18" 180J6 belt, that I think would be too short. You also do not want too much stress on the tuning shafts. Question. Did you measure the distance between the tuning shafts on your 1966 radio? I have had a 65/66 radio in the past and remember it being very similar to the 63/64 am/fm?

Regarding the Width, the original belt is 9/64" wide. The cross section of one V section on the 190J6 belt is advertised as 3/32" or 6/64" wide. That is a 3/64", or slightly less than 1/16" difference in width. I guess this small gap on the track would not be a problem, but it probably means the belt wanders a bit back and forth in the wheel track, and hopefully doesn't go over and off the track. I think as long as the wheels are turning straight and true you would be find.

Anyway, I have ordered a 190J6 and appreciate any feedback on the comments, questions above.