Let's see your 1963 or 1964 Cadillac!
Add one Picture of your Cadillac and basic information including:

NOTE: To add the additional info  or edit your car gallery entry, you can either re-post your entry and delete the old
(sorry, there is no direct edit since it is a page and not a forum), or email me the updates to jasonedge@nc.rr.com. 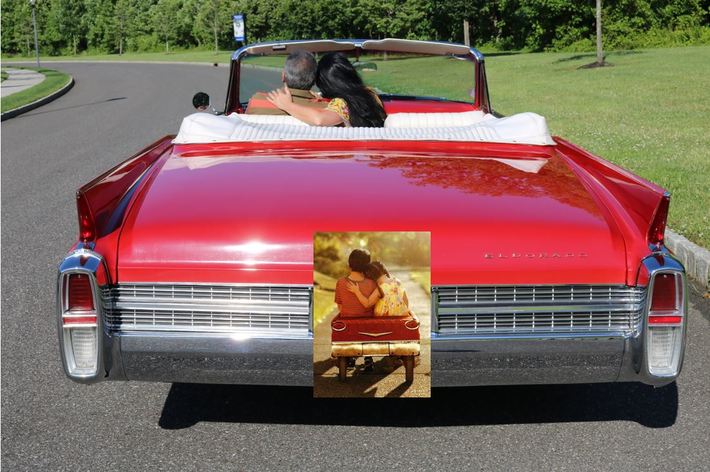 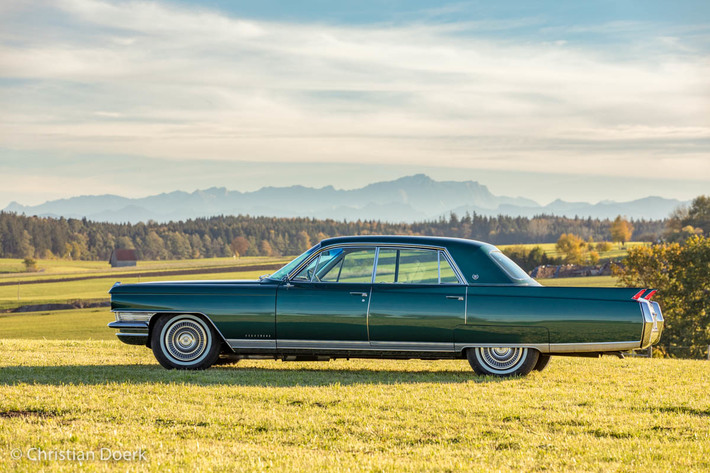 Owner:  Bob Ricks
Model Year & Body Style:    1963 Sedan DeVille
When Purchased:     2019
Miles:      speedo shows 60,870
Color:       Flat Black everything
Other Info:  Tires and wheels are probably worth more than I paid for the car, it runs and drives.  Doesn't stop to easy....  need to look into that asap.  somethings leaving red tranny fluid on my floor so need to get it up and see what's goin on.  Oh and it needs a drivers side exhaust manifold, this one's cracked.  It will always be a rat rod as long as I own it.  Red interior is a bit worn, but with some red covers will be just fine. 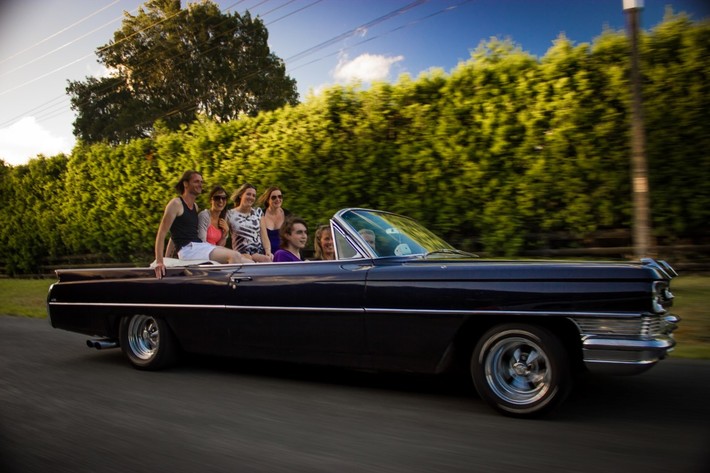 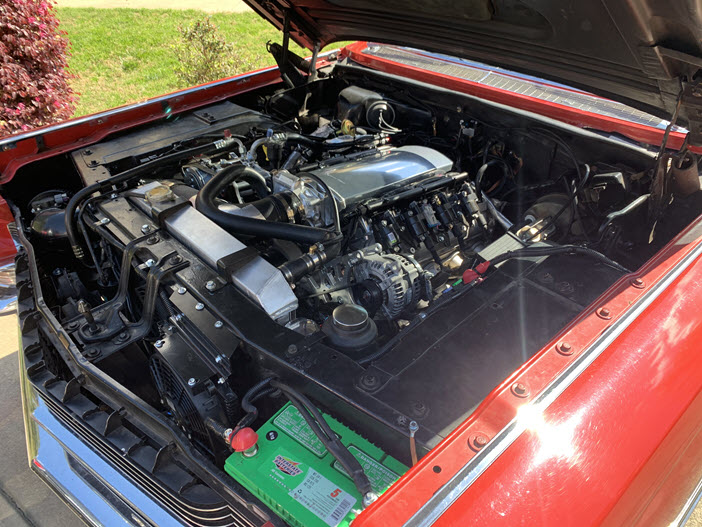 Owner:  Jeremy LeBlanc
Model Year & Body Style: 1963 Coupe de Ville convertible
When Purchased: 2017
Miles: 18
Color:   Firemist red
Other Info: Late last year the original 390 engine lost its battle against time and my desire for a daily driver.  I was able to convince Rob and Jerry at TenTen Auto in Apex, NC to dive in and do whatever it took to fit a 2019 LS2 L96 from a brand new Silverado with its matched 6L90 six-speed auto transmission into the old girl's frame so that I really could drive my dream every day.  No small task, as we would learn, and we did everything in our power to keep the instrumentation and cabin all original. Brought her back home on this past Thursday.  For my one picture I thought I'd share a look under the hood.  My profile pic is of the rest of her. 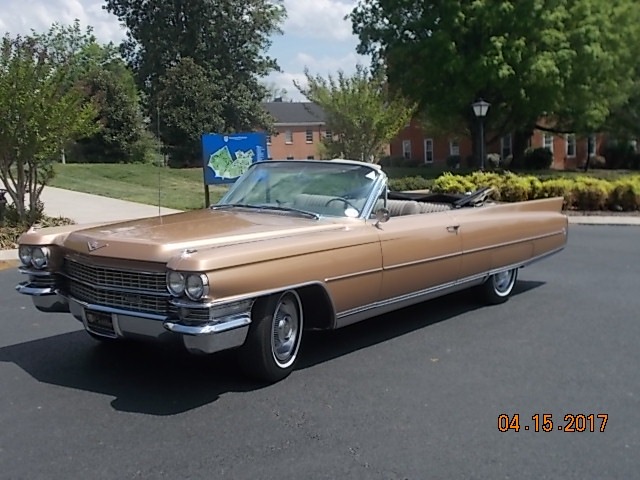 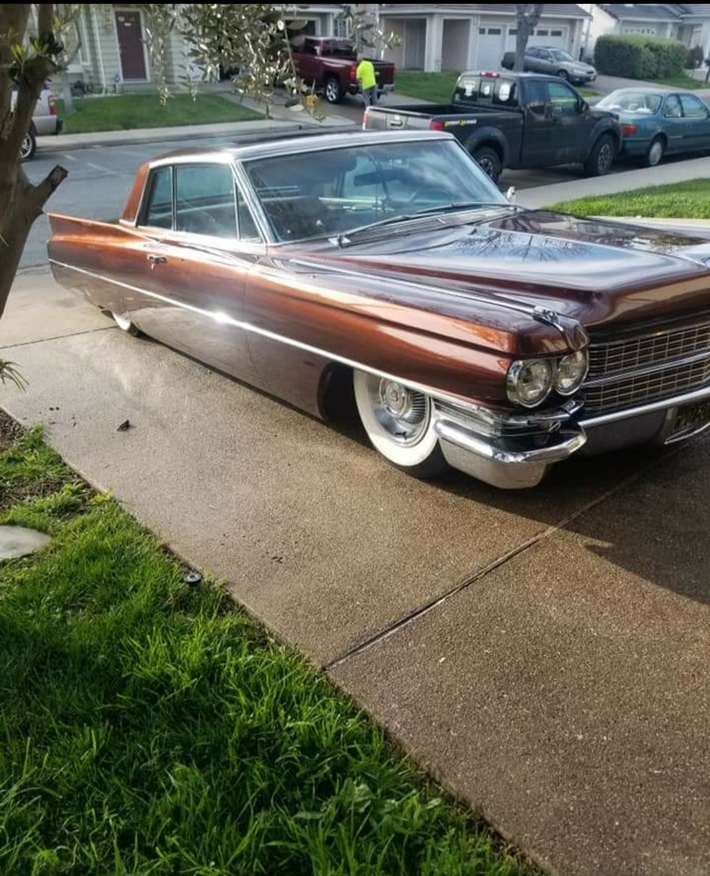 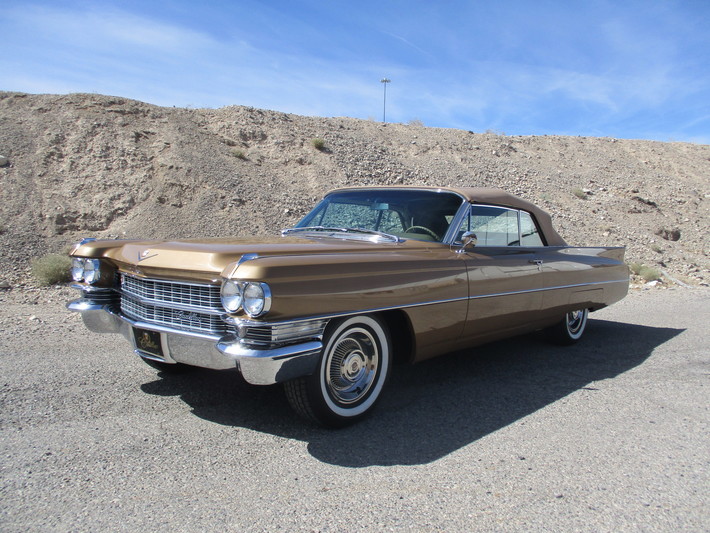 My parents purchased this car while it was still on the truck in front of St. Claire Cadillac in Santa Clara, CA.  I drove it all through high school and college.  It finished its restoration October 2018.  We are enjoying "Bessie" since she's returned.   License plate (not shown) is a vanity plate with my mom's initials, LMR (apparently she had connections back in the day).     It's a sentimental vehicle as my mom used to take me to Santa Cruz with my cousins with the top down and we'd slide all over the back seat going over the hill and squealed with delight; she took those turns on two wheels! 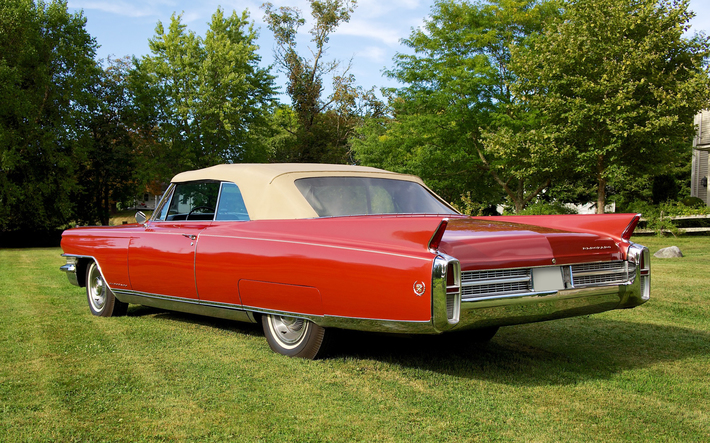 Owner: Michael Trump
Model Year & Body Style: 1963 Eldorado Biarritz
When Purchased: 1980
Miles: 104k
Color: Firemist red on black
Other Info: My father bought it in '80 and had it restored over several years. Painted using lacquer in the original color combination, and it still runs great. Has every option including cruise and bucket seats. Unfortunately I don't get it out enough nowadays and am thinking about selling it to someone who has more time to enjoy it... 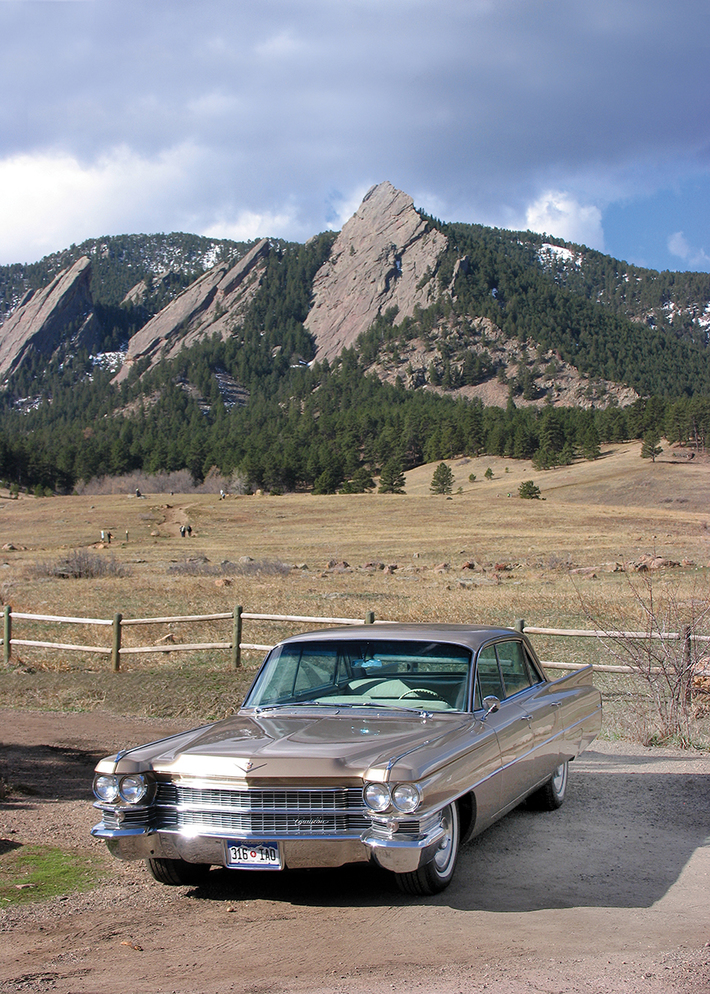 Owner: Tim Coy
Model Year & Body Style: 1963 6329 Six-Window Sedan de Ville
When Purchased: September 4, 1963, brand new by my grandmother
Miles: ~59,700
Color: Palomino Tan, Sandalwood interior
Other Info: I was entering kindergarten when my grandmother traded in her Mountain Laurel 1957 Sedan de Ville and bought this beauty. Once I obtained my driver's license, I drove Elizabeth Potter everywhere in this car, receiving a speeding ticket with her riding shotgun. I took this car to my senior prom, and my date remembered the car better than me at our 20-year reunion.

When my grandmother died in 1993, she left me the car in her will. I joined the CLC in March 1994 to learn more about the car. This club is like a family to me, and the wealth of information is amazing. The engine compartment burned in a fire in 2008, and I spent over $50,000 bringing it back to where it was. The car is and was too sentimental to let it go. The interior is still original, as is the paint on the inside of the trunk lid.

It was featured on the cover of the August 2013 The Self-Starter, the issue that celebrated the 50th anniversary of the 1963 Cadillacs. It has won Second Place and Third Place in Primary at CLC Grand Nationals. Hopefully, it will finally get a First Place at the 2021 Grand National in Albuquerque, N.M. This was a one owner car until I purchased it in 2019. I have a friend in the CLC who actually came across it at a local estate sale, so $2500 later I have a good driving, comfortable Cadillac sedan to cruise in. I completely replaced the brake system front to back as well as a number of the usual tune-up items such as belts, hoses, water pump, re-core radiator. Its not a show car because it does show its age, but I love getting behind the wheel and hitting the road. 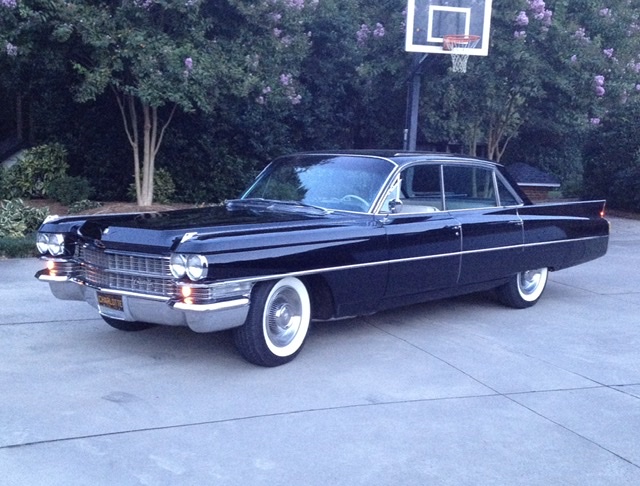 Other Info: My first Cadillac and indeed my first American car, came from New York and imported to England in 2015. Spent a long time in Denver according to the history file. I've owned lots of classic cars over the past 40 plus years and always wanted a '60's American. It took me a long time to finally get one, this car is a revelation! It doesn't feel anything like it's size to drive, which is a good thing on our country