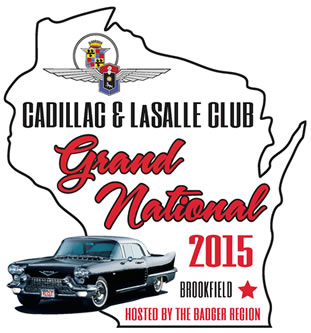 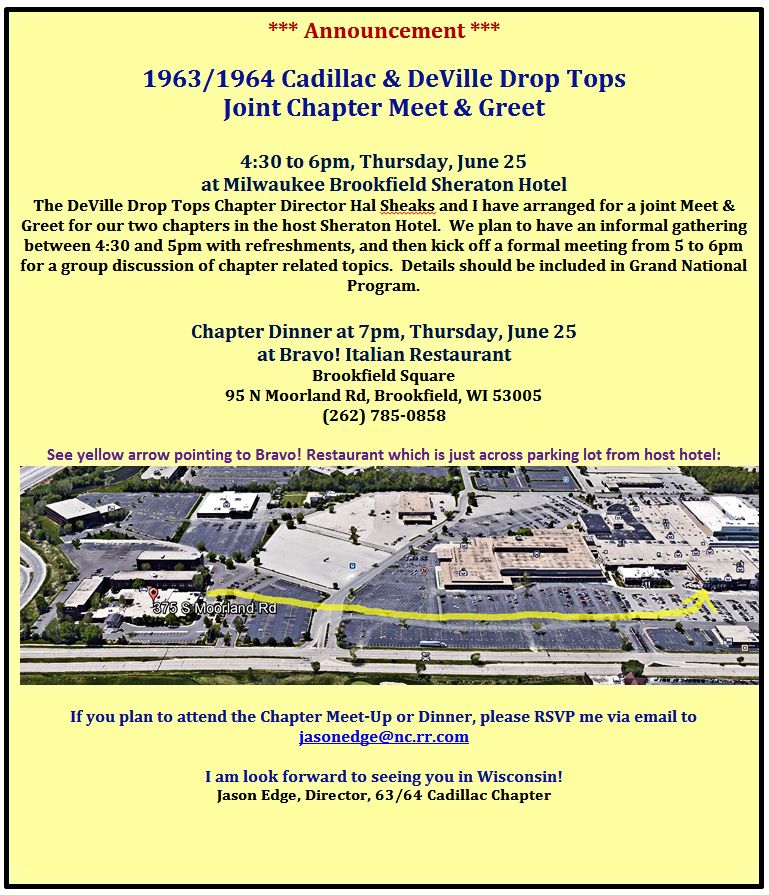 Check out this time lapse video of the 2015 Grand National Car Show Field where where I condensed about 2 hrs of video down to 4 minutes.

I have posted about 30 minutes of the CLC 2015 Grand National Reception and Auction at this link: https://youtu.be/CtZhaDp9fYE
You will see 63/64 Chapter members and guests at our table where I had the camera setup.

All of my pictures have now been posted to the CLC Photo Libraries at this link: http://photos.cadillaclasalleclub.org/index.php

Here is one example view:

72 pictures of 1948 to 1958 cars have been posted to a new album on our Facebook Group. You can also see them on box.com at this link:

Here is the video of the cars pulling out from the Sheraton Hotel for the CLC 2015 Grand National optional driving tour on June 23. I had uploaded this as a Facebook Video earlier, but wanted to put it on our CLC YouTube Channel. Here is the link: https://youtu.be/JCNlVkIKdS4

148 pictures of 1915 to 1947 cars have been posted to a new album on the CLC Facebook Group at www.facebook.com/groups/cadillaclasalleclub/. You can also see them on box.com at this link: https://app.box.com/s/57d4xs0kseeqp43j4b1x0gq5v58ctpfs

Below is a sample of the first batch of show pictures posted:

I just posted this via email to our chapter members that attended the 2015 GN but thought I would share here also:

Between the chapter meet-up, dinner, and banquet I think we were a well represented chapter and glad we could get together. I’ve seen a few of you several times at the GNs and it just gets better each time as we get to know each other.
I hope you will all attend the Vegas so we can all do it again next year. I booked for 7 days, Sun April 10 to Sun April 17, for $548 including taxes, fees, etc, which ain’t bad for a week in Vegas!!

If you want to book now:

The 2016 Cadillac LaSalle Club Grand National will be held April 12-16 in Las Vegas, Nevada. The Suncoast Hotel and Casino is the Host Hotel.   You can book now by clicking on www.suncoastcasino.com/groups and entering group code A6CLC04 to get special room rates between April 10 and 18th!

At this rate it won't be long until we see you as a CLC President!

Congratulations on a great chapter meeting!

We had a fantastic chapter meet-up today at the CLC Grand national. I have inserted a picture below. After the chapter meeting we had dinner at Bravo! Italian restaurant nearby.  Meeting up with our chapter members and seeing their Cadillacs at the Grand National has go to be one of the funnest things you can do as a Cadillac Enthusiast!! 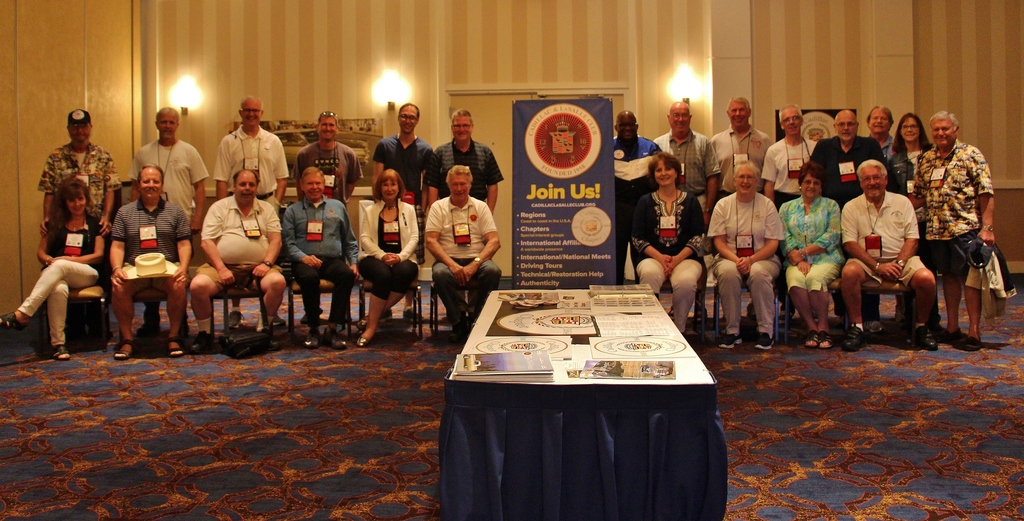 Pictures from today's Milwaukee River and harbor tour were posted to the CLC Facebook Page. You can also see them in my Box.com account at this link: https://app.box.com/s/f6dc4oo0mkj92er2y1hrjee2x42d44ld

So I am not duplicating myself I will post 1963 & 1964 Cadillacs on our Facebook Page (located at https://www.facebook.com/6364Cadillac , and all other Cadillacs and LaSalles on the CLC Facebook Group. If you have not joined the group, here is the link: www.facebook.com/groups/cadillaclasalleclub/.  After the GN I will pick out the best of the 63 & 64 Cadillacs pictures and post here on the main site.

Comment by Tony and Ginny 429 on June 21, 2015 at 8:50pm
Jason
Congratulations on all you have accomplished , regarding the subject of the 63-64 Cadillac
Have a great , safe trip and enjoy the experience of the Grand National

Comment by Jeff Kinzler on June 21, 2015 at 3:09am
Jason
Its good to see you take your rightful place as a GN judge. There is probably nobody who knows more about these than you do.
Have a great time and eat some Wisconsin cheddar cheese for me.

Well, I fly out to Wisconsin tomorrow for the 2015 Grand National and can't wait to see all those cool Cadillacs and LaSalles. I'll be judging again and of course taking in all the festivities. I am a full fledged GN junkie at this point and encourage everyone to join the CLC and take in a Grand National if you have not done so.

I am of course eager to meet-up with many of our Chapter Members at both the Chapter Meet & Greet and Dinner. You know our website brings us all together instantly... electronically... but there is nothing like experiencing these cars and others that truly appreciate them in person!

As someone emailed me today, here's to a GRAND National!

have made reservations at the Bravo! Italian Restaurant just across the parking lot from our Sheraton Hotel for Thursday, June 25 at 7pm for our chapter dinner!

Here is their address and phone #:
BRAVO! Cucina Italiana
Brookfield Square
95 N Moorland Rd
Brookfield, WI 53005
262) 785-0858
As you see in the Google Earth capture below Bravo! is right across the Sears parking lot from the Sheraton.
The yellow arrow points from the Hotel to Bravo!: