In 1963 there were two conch shell shaped horns roughly 5" diameter. One Hi Note and one Lo Note.  They were marked with the 'L' and 'H' inside the lip of the horn.

In 1964 there were three horns standard. Two conch shell shaped horns roughly 4" diameter...One Hi Note and one Lo Note.  They were marked with an 'L' and 'H' inside the lip of the horn. There was also a Hi C-Note short trumpet horn standard on all body styles except the Eldorado.

There was also an Eldo Style "Low-C" note Long trumpet horn, standard on Eldorados, and offered as a dealer installed option on other body styles.  The part #  was 199 9896, and stamped 896.  When this horn was installed on non-Eldorado body styles, it provided a unique 4 horn setup.

According to later Master Parts Book (e.g. 1969 MPB) the smaller 1964 style horn were used as replacements as needed for 1963 and earlier Lo and Hi note horns. In fact the Master Parts book shows these horns as being used for 1953 to 1969. 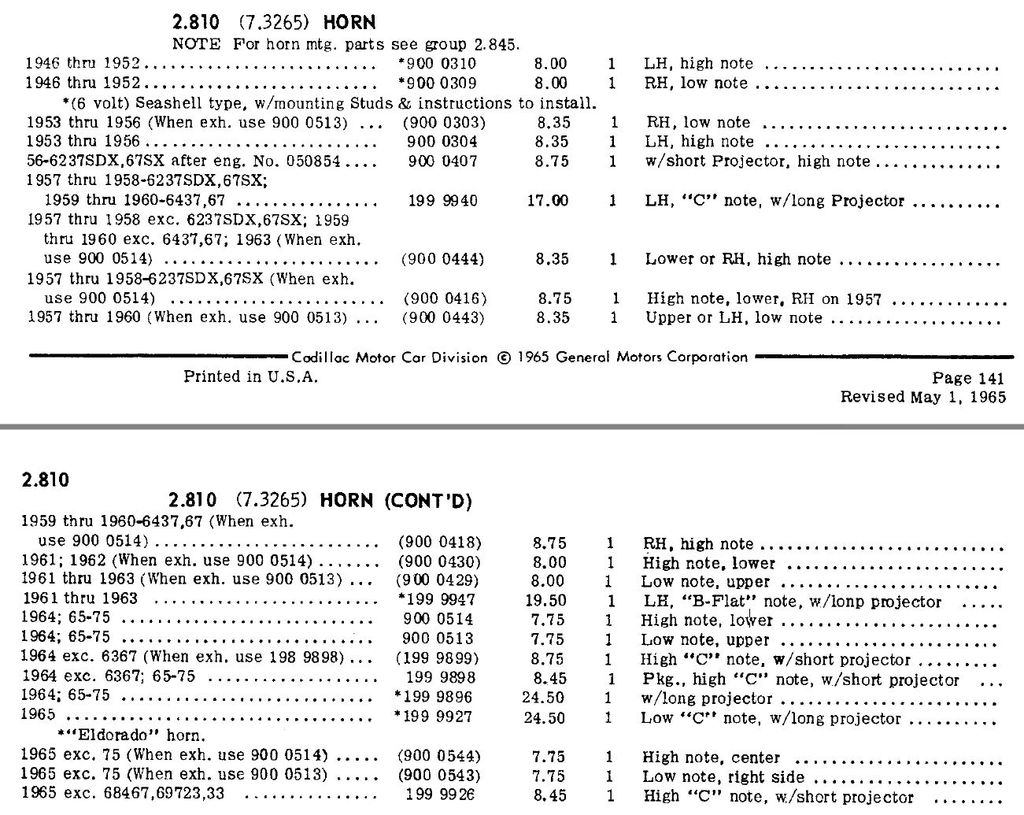