--> There were two starters used in 1964 due to the use of the newTurbo Hydramatic (THM) transmission on DeVilles, Eldos and Fleetwood 60S, and the adaptor ring required to mount the "Buick Borrowed" THM transmission to the 429 engine block.

--> To reduce torque on the cast iron adaptor ring (prone to cracking), the 1964 THM starter used a rear brace to secure the starter to the engine block.  It attached to rear of starter and bottom of engine block via two longer oil pan bolts and a spacer underneath to compensate for height of oil pan outer lip.

--> Also, due to change in right hand exhaust manifold from one that attached to exhaust Y-pipe in center in 1963 to one that attached in rear in 1964, a small bracket was used in 1964 to hold the battery cable next to the engine block. 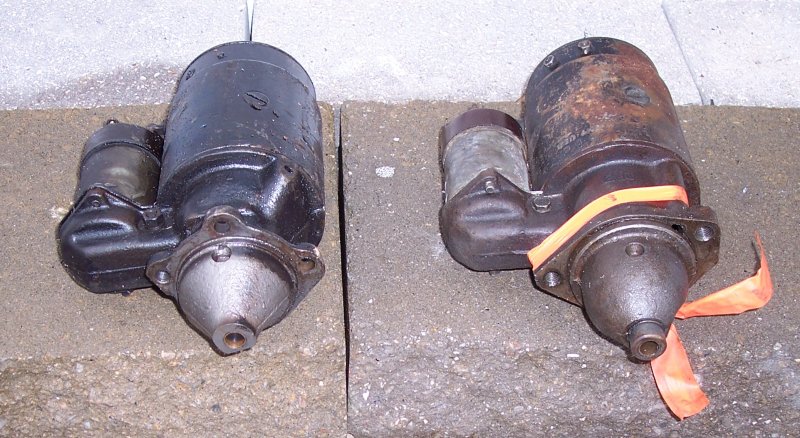 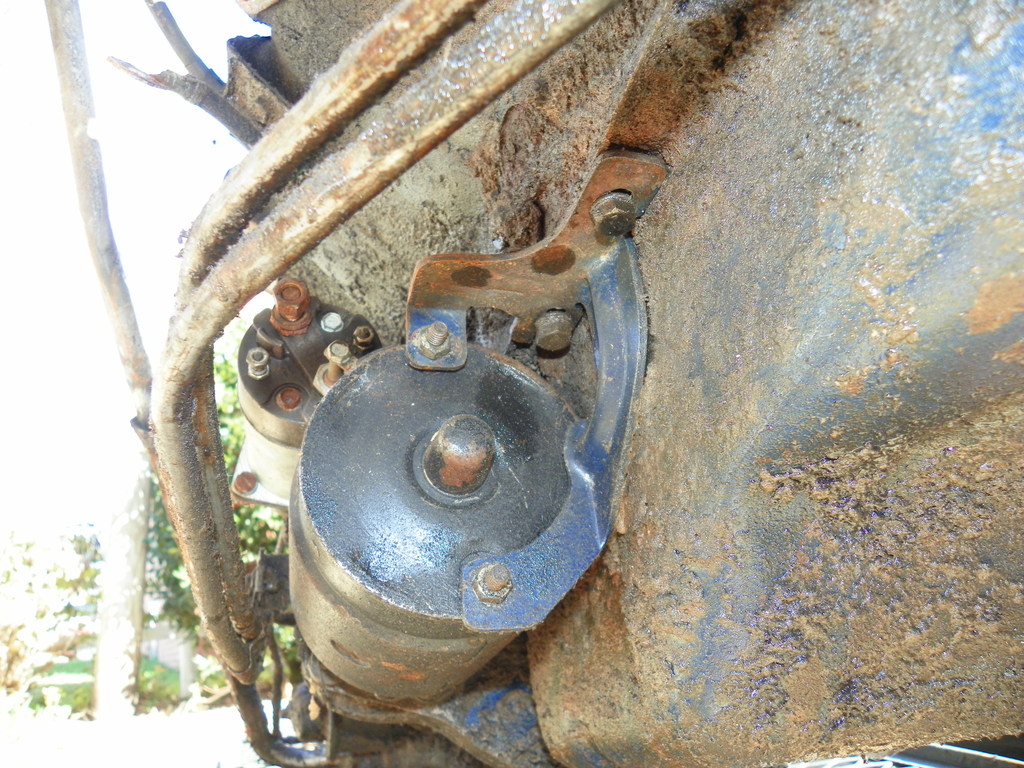 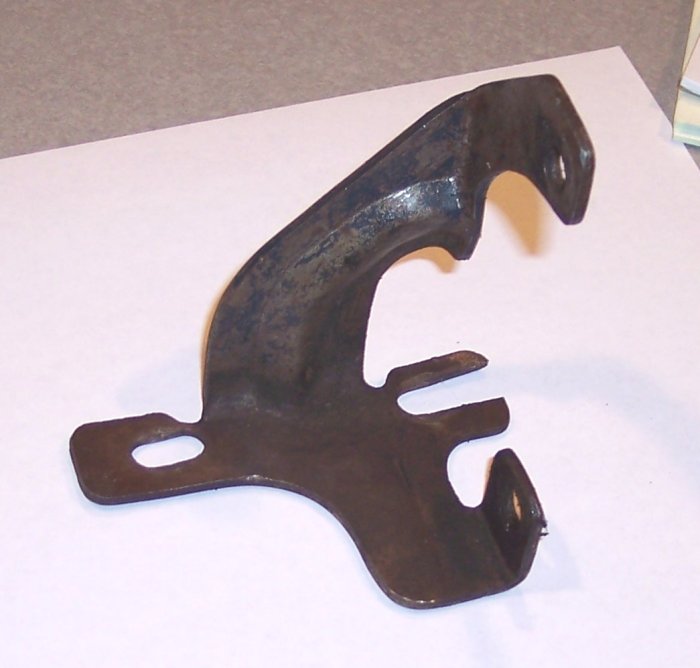 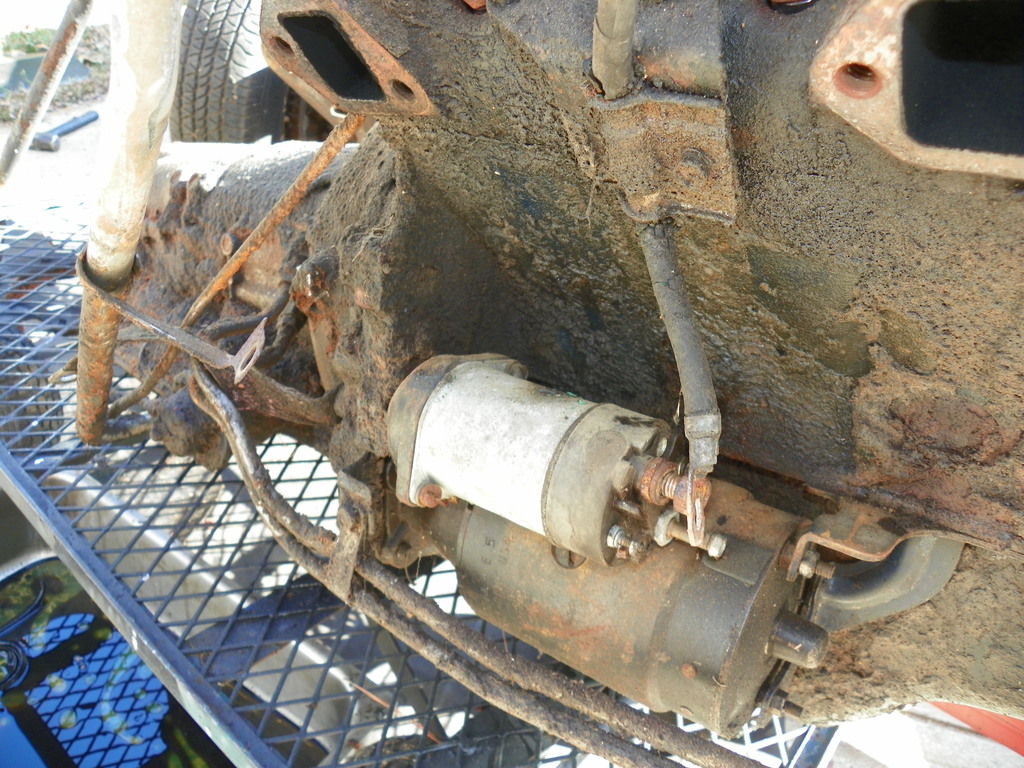 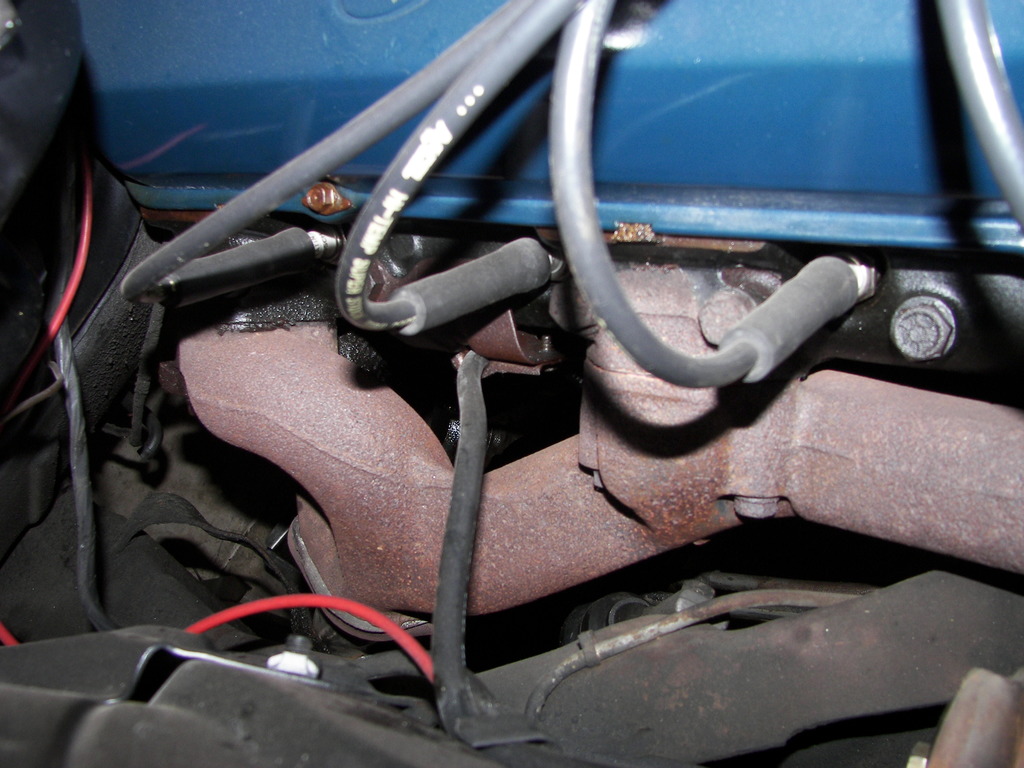