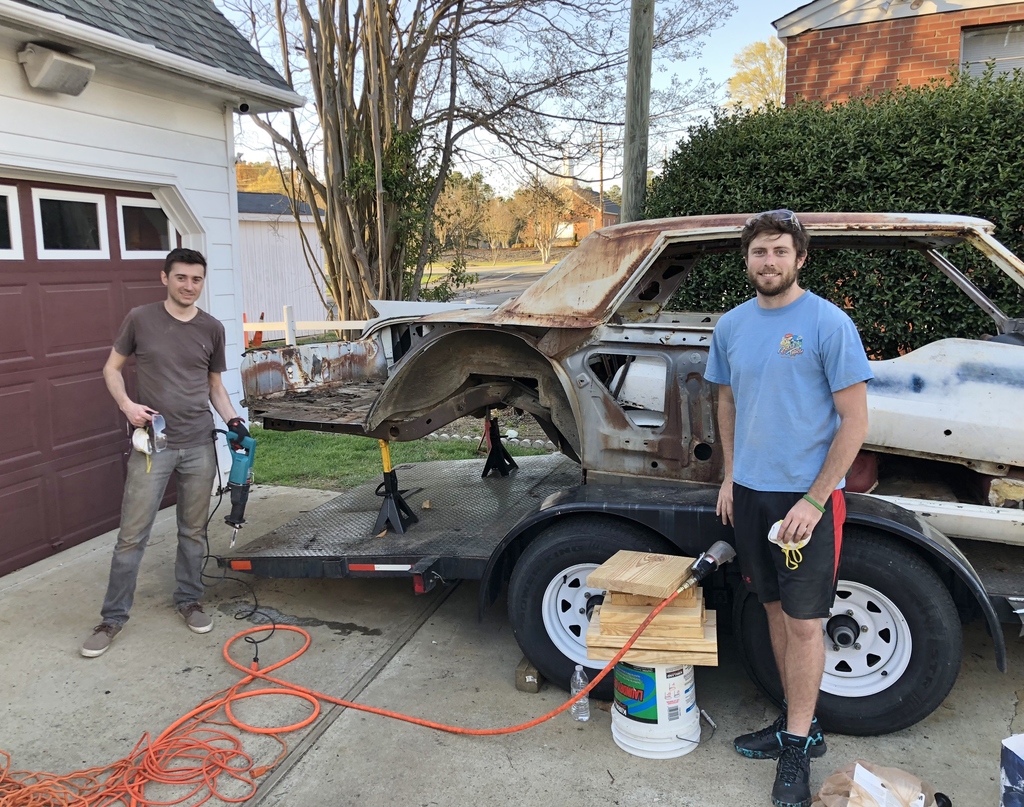 Website & Chapter Member Chris Codd and another friend named Chris came to the house yesterday and removed a right rear qtr panel from a 64 CDV.  They came prepared and cut it off nice and clean but it is a major effort. With my Nest Cam in the corner, I downloaded the 4 hr + video and made a 1 minute timelapse I thought you all might get a kick out of.

Here is the video

Jason,  That is very cool but I can't help but wonder what it might be like if you added the Benny Hill music to it.

I've always wanted to post one of these with the Benny Hill theme (which is licensed by Boots Randolph since it is his Yakety Sax music), but Facebook will outright ban you, and YouTube will stick adverts if not delete the video for Copyright Infringement.  I usually post my videos with music on YouTube as the adverts are not that bad.
By the way, if any of you missed me on Facebook from 5:30pm March 27 to 5:30pm March 30, I got my hands slapped as I had an 8 year old Cruise video posted with Elvis music playing in the background.. I had to go stand in the corner for 3 days and couldn't post anything. I went through and tried to delete any of my videos with music.

The background music in particular annoys me.. that is part of my life. Why not ban me from posting video that features any "license" material such as pictures on my wall, books on my desk, CD's on my shelf, or the likeness of Elvis & Marilyn on everything from coffee cups to clothing that I have already paid to own that license copy.  How about even posting a picture of my 1964 Cadillac. Cadillac is a licensed brand, right?
Don't get me started..

I get the nice hi res digital music sharing but... background music on a cruise ship! Don't get me started. That is one reason I turned the radio off on my recent "Roundabout Cruise!" Of course I have the am/fm or my iPod blue-toothing to a portable speaker wherever I go but didn't want the Internet Police after me. ... Did I say don't get me started!

Sorry,  I really didn't mean to get you started. At least we were thinking along the same lines.

I'll just have to remember to play it in my head when I watch your time lapse videos from now on.

I should have said licensed by the Boots Randolph Estate. The great Boots died a few years back, but was fortunate to meet him several times in Memphis during my days as President of the Elvis International fan club.  Speaking of Elvis and Boots here is a picture of the 2 on stage: 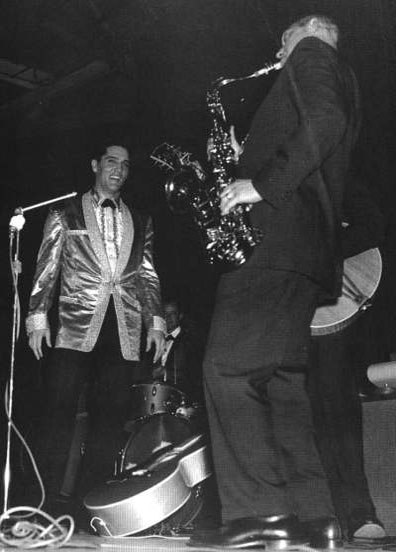 "during my days as President of the Elvis International fan club". Hmm, according to the calendar this post was posted on the the 1st of April...

One day we were talking and Mickey told me his brother was the president of the Elvis Presley International Fan Club. I said, "yeah, Mickey, I'm an astronaut too." But he said, "No, really. All the fan clubs are under him and he hangs out at Graceland all the time. He knows everybody, talks to Elvis all the time." I told him what I wanted to do."

Here is the website for The International Elvis Presley Fan Club. One of them.

Our Website was simply www.ElvisInternational.com It was taken down in 2010. If you had went to it in the day you would have seen something like this: 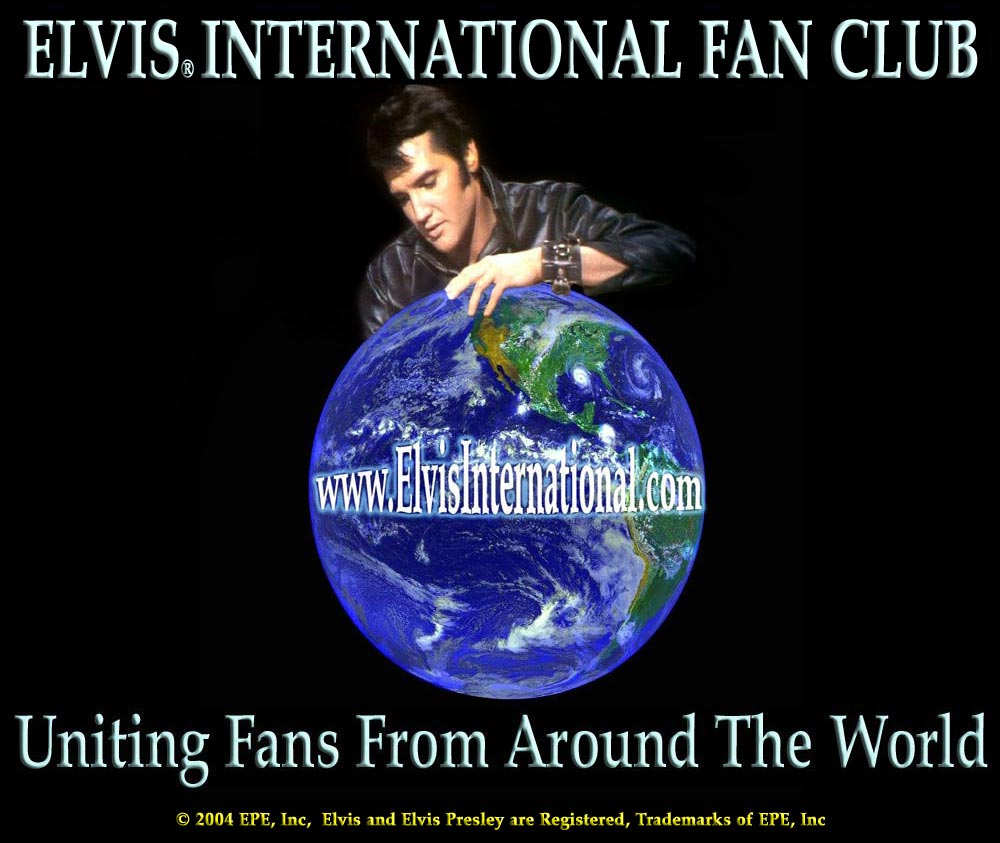 Anders, just to add, you sure seem to always jump to conclusions very fast. Why not ask me about Elvis International instead of jumping around and trying to disprove what I said. I am very proud of EI.  It was a fascinating time for me and allowed me to meet hundreds if not thousands of people and travel to places I am sure I would have never visited.  Our website was taken down in 2010. You will not find it online anymore.

Here's one last picture that you really might like... me sitting by Elvis 1955 Fleetwood 60 Special at a special reception for Elvis Presidents in the Car Museum at Graceland. This is the car that inspired me to start looking for a Cadillac around 1995.. and would eventually find my 1964 Coupe de Ville Dino and purchase Nov 13, 1996. All else is history! 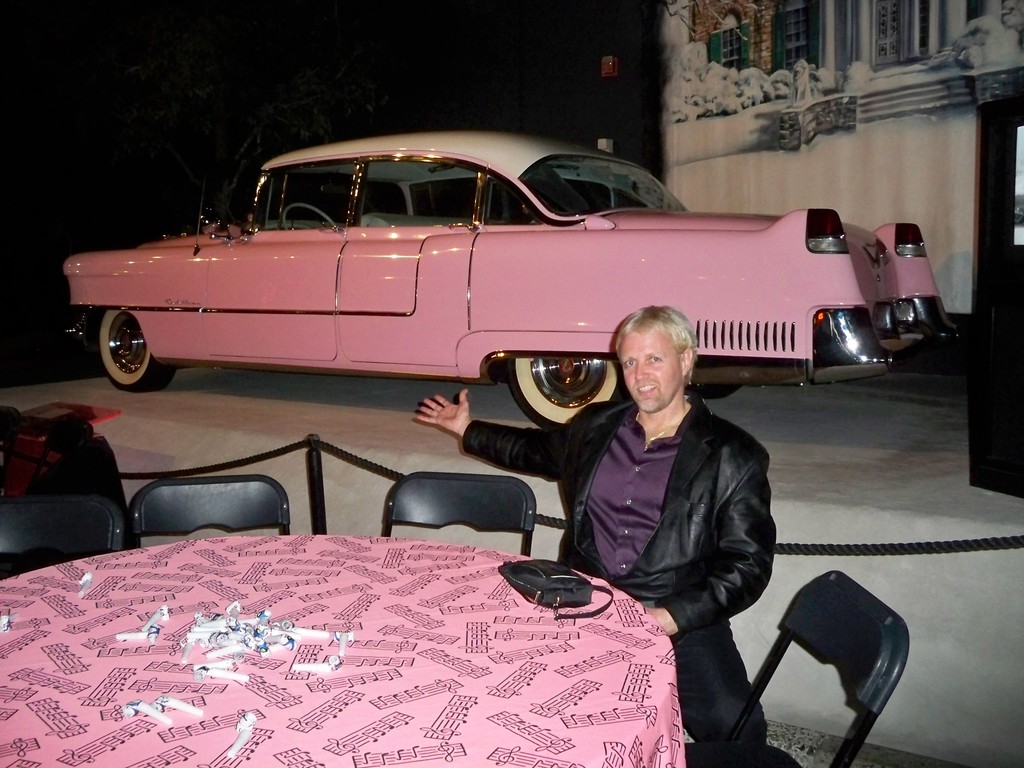 I was founder and President of the Elvis International Fan Club formed in 2002 and ran through 2010.   There have been many other fan clubs, a few with Elvis International in their name, however, we were the only one I am aware of named specifically The Elvis International Fan Club and registered as such through Graceland.  We had over 700 members from 30 countries at our peak and one of the more prominent fan clubs in the day. We produced interview CDs with Elvis Costars, band members, and close friends (the Memphis Mafia) and used the profits to generate donations of over $10,000 places like St Judes in Memphis. We had large gatherings in Memphis and did group tours, participated in 4 Elvis Themed Cruises in the Bahamas and to Mexico, did tours with our club members in England, Scotland and France, and got to meet some very cool people. I also wrote several articles for the Graceland "Through the Gates" periodical and became close with the Graceland Staff, especially the late Graceland PR Manager Todd Morgan.  I have inserted a a few (of thousands I have on file) of pictures below... you might recognize the lady in the 1st picture who invited me and my wife Cheryl on the very first Public Tour of the stables at Graceland.

More importantly to you, Anders, and others on this site and members in our Chapter, my 7 1/2 year tenure as President of Elvis International (EI) was my inspiration to form the 1963/64 Cadillac Chapter. Our motto at EI was Uniting Fans From Around the World. I knew from my IT background and watching the growth of the internet in the mid to late 90's that it could be used to Unite people with any similar interest, whether it is Elvis are Cadillacs, and that it would bridge the geographical gap that had prevented us from coming together in such a manner before the internet. My experience with setting up an Elvis Website and International Elvis Fan Club laid the ground work for creating our Chapter Website.
I resigned from the EI fan club around Jan 2010, and it quickly dissolved into several other clubs and was no longer called EI. I knew with my time freed up I would like to pursue a 1963/64 Cadillac Chapter. I had been encouraged to start one at times but my responsibilities with EI, not to mention a full time job and restoration of a 100 year old home, prevented me from doing so. With my sudden free time, I aggressively pursued the creation of a 1963/64 Cadillac Chapter and began moving our website (hosted either by MSN Groups or Multiply at the time) into a Chapter Hosted site. By July 2010 we had received approval for Chapter Status by the CLC board and the rest is history.
So Anders, not only was I President of the Elvis International Fan Club, but the very existence of that club, paved the way for you to be able to post on this 1963/64 Cadillac Chapter hosted website in 2018! The King influences us in many ways. LOL
OK. Here are some pictures for your amusement.  (We took 2000 pictures alone in our 3 week tour of England, Scotland and France with the EI club in 2006. I can share more if you still have doubts about Elvis International!) 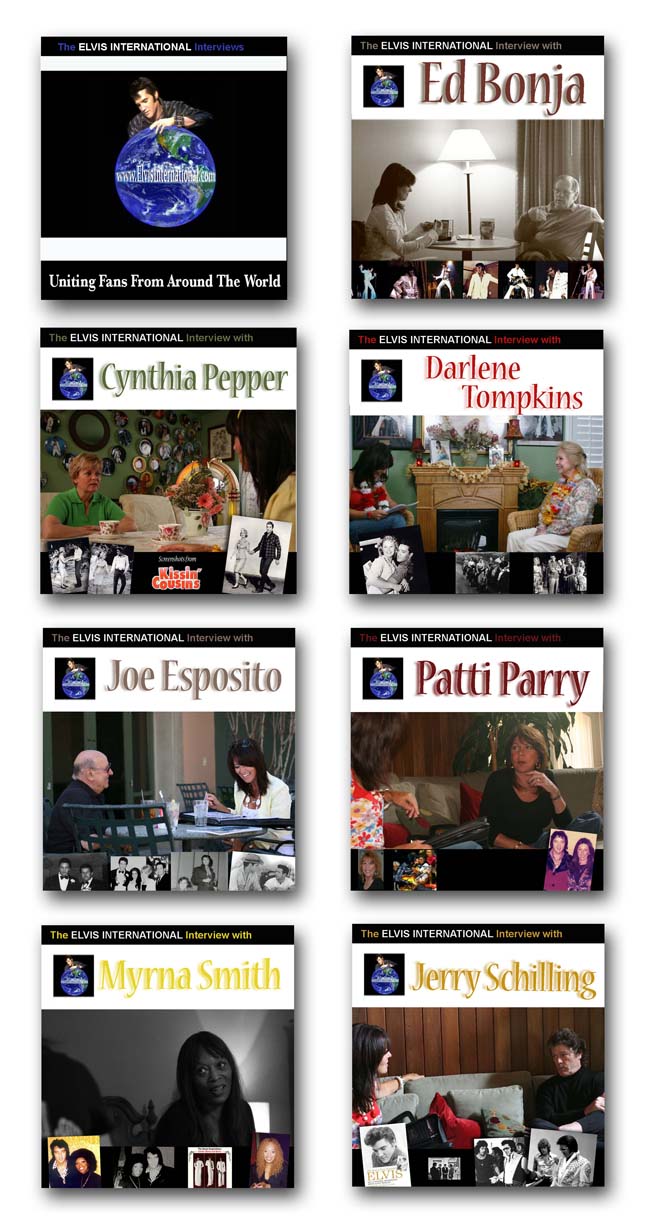 Sonny West and Me 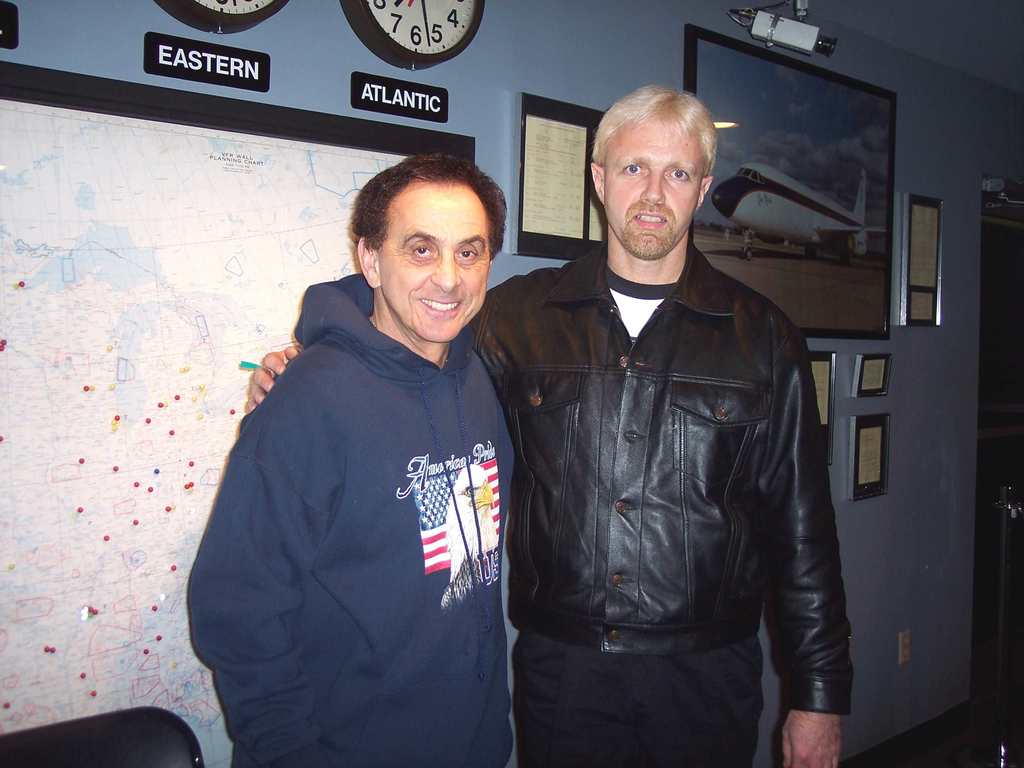 Me and Elvis High school Friend and Celebrity George Klein 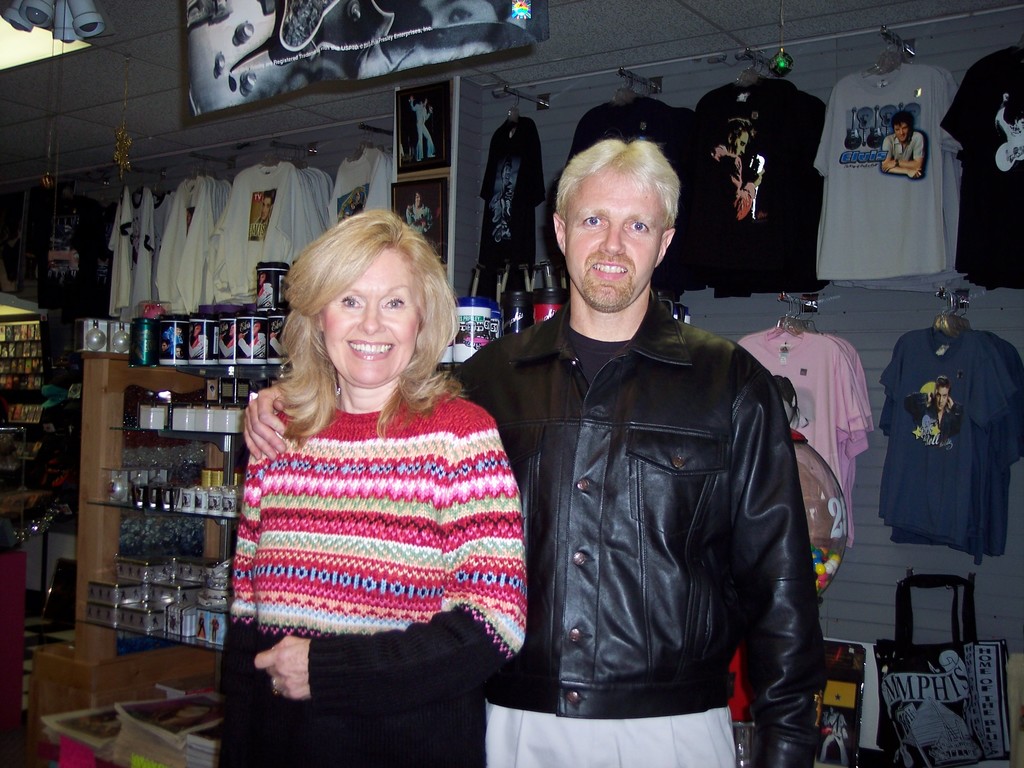 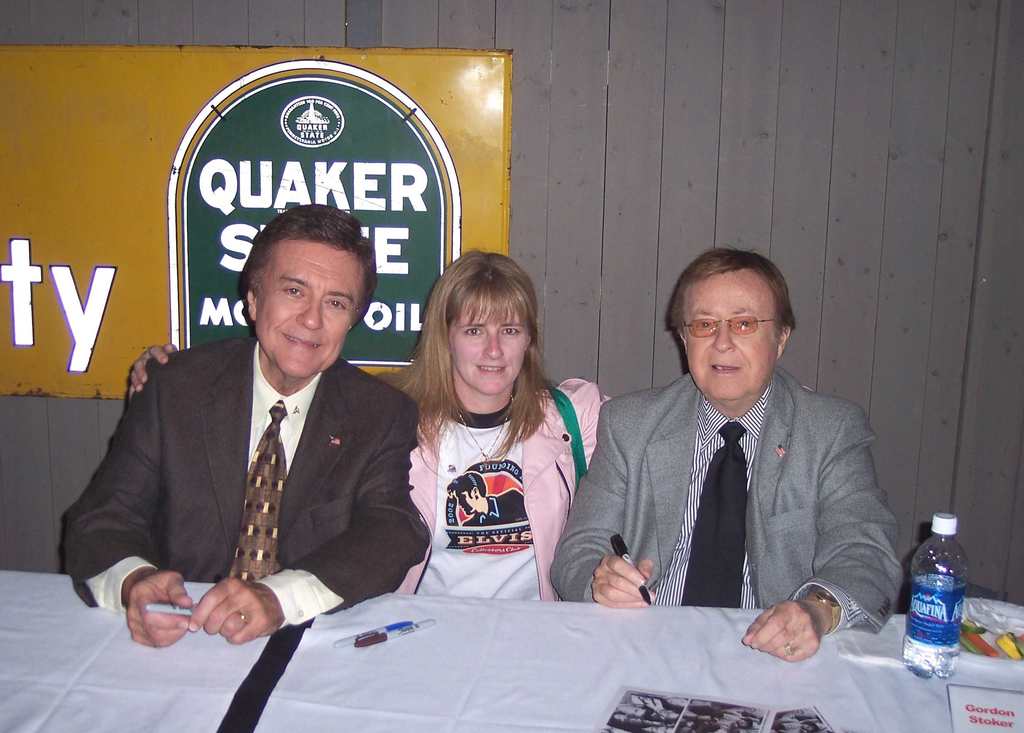 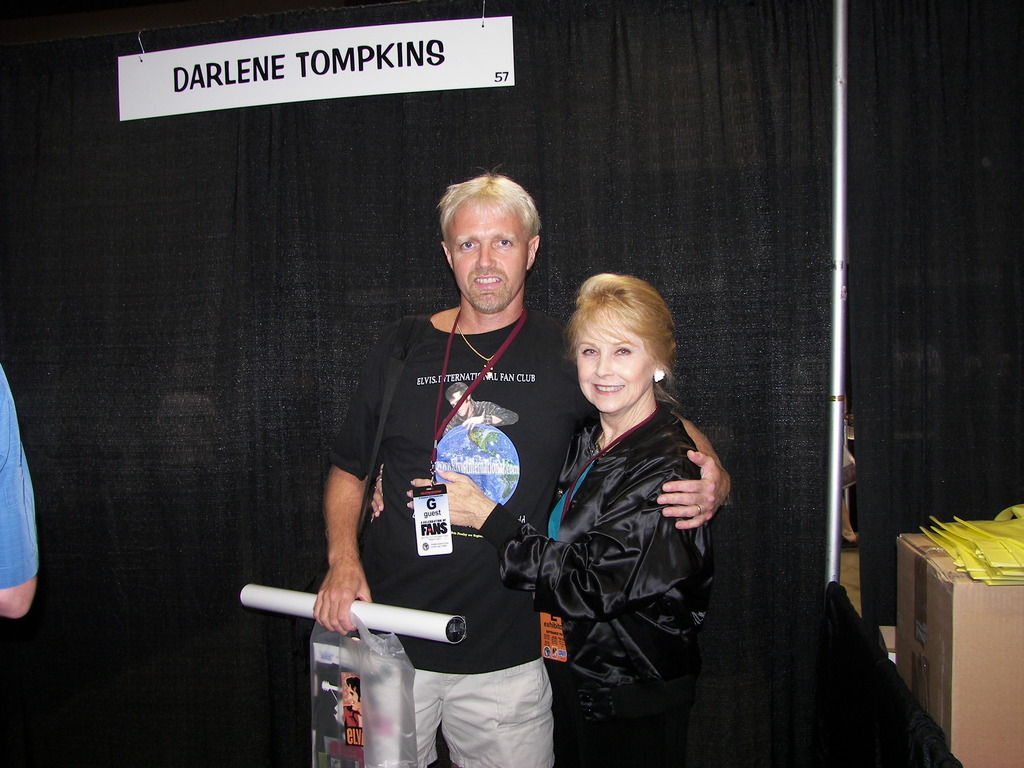 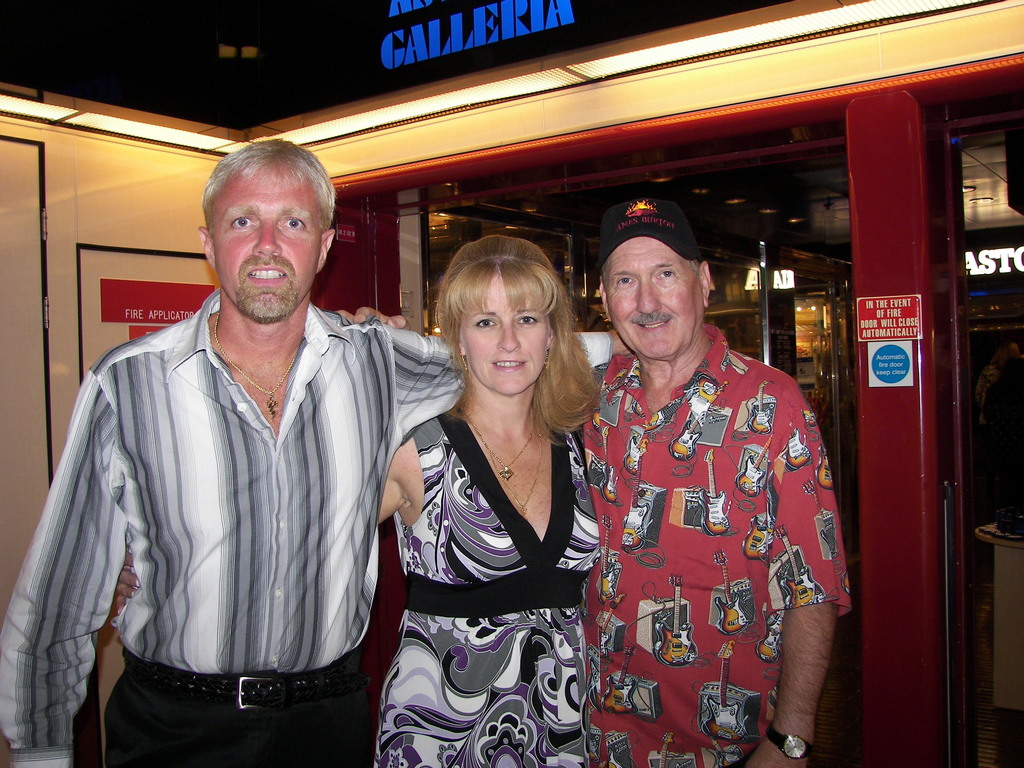 Me and Cheryl with Elvis Lead guitarist James Burton Me with Elvis drummer Ronnie Tutt 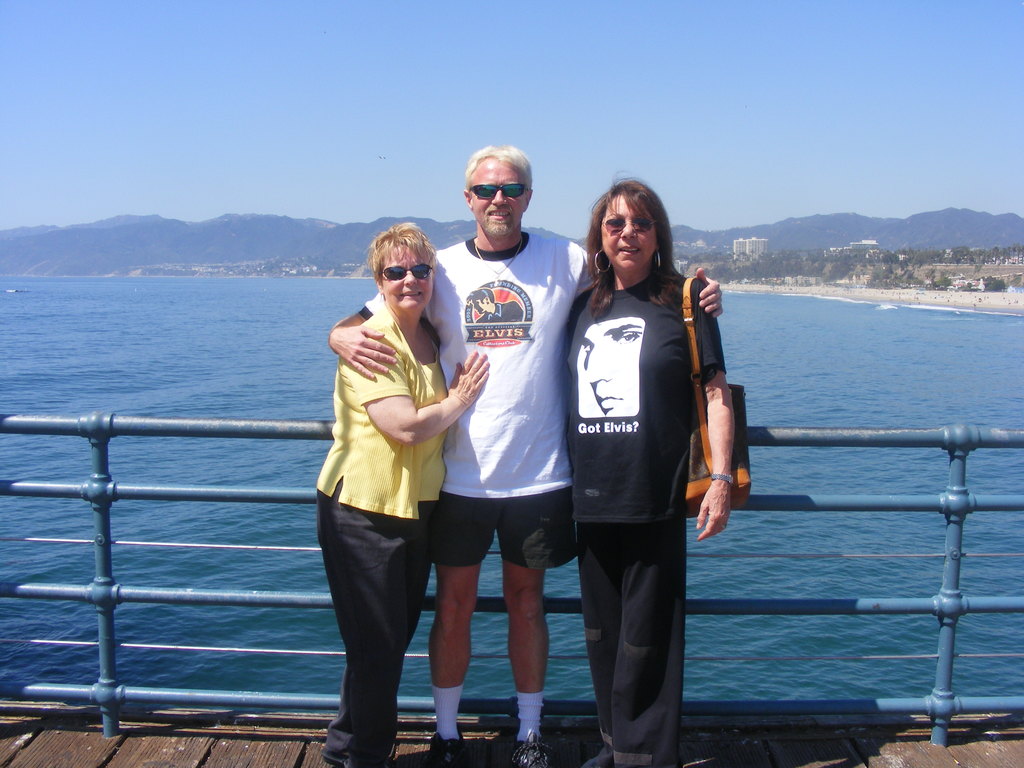 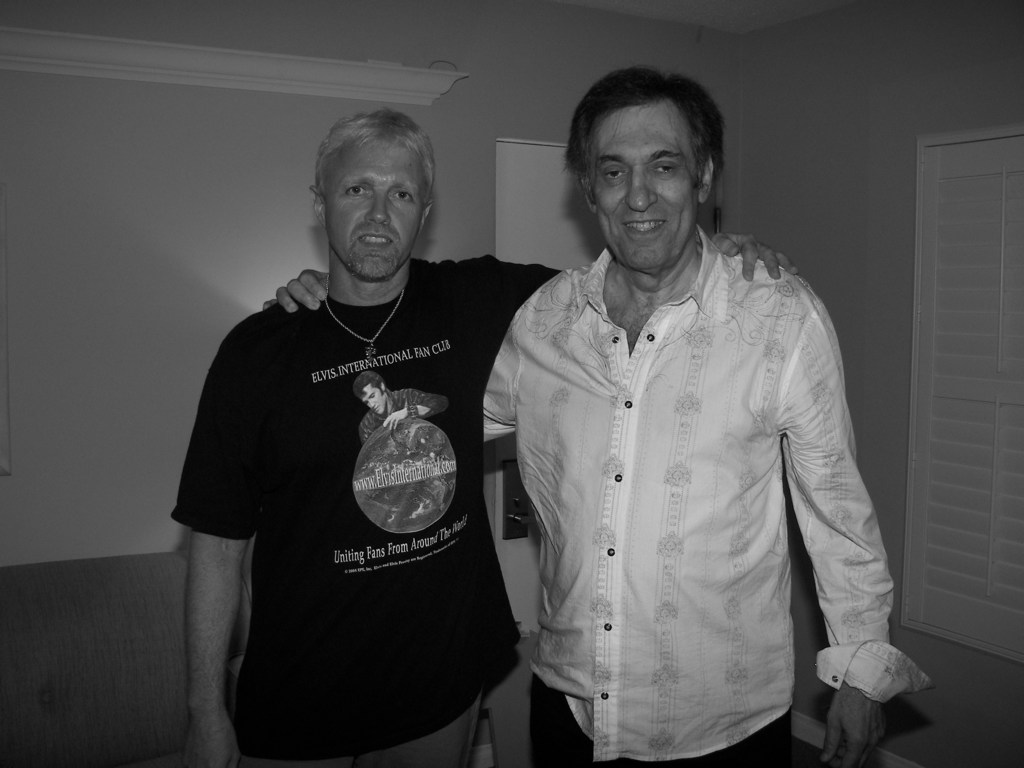 Me with Elvis Hair Stylist and close friend Larry Geller 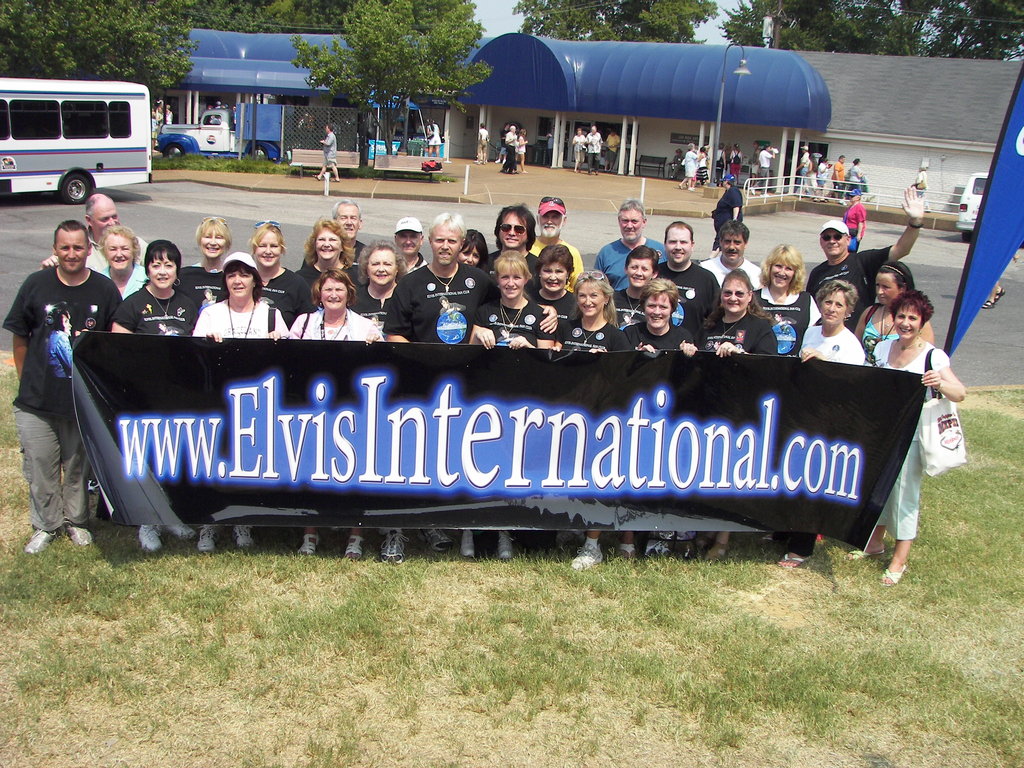 At one of our Memphis Meet-ups at Graceland With some of our EI members Leeds Castle England 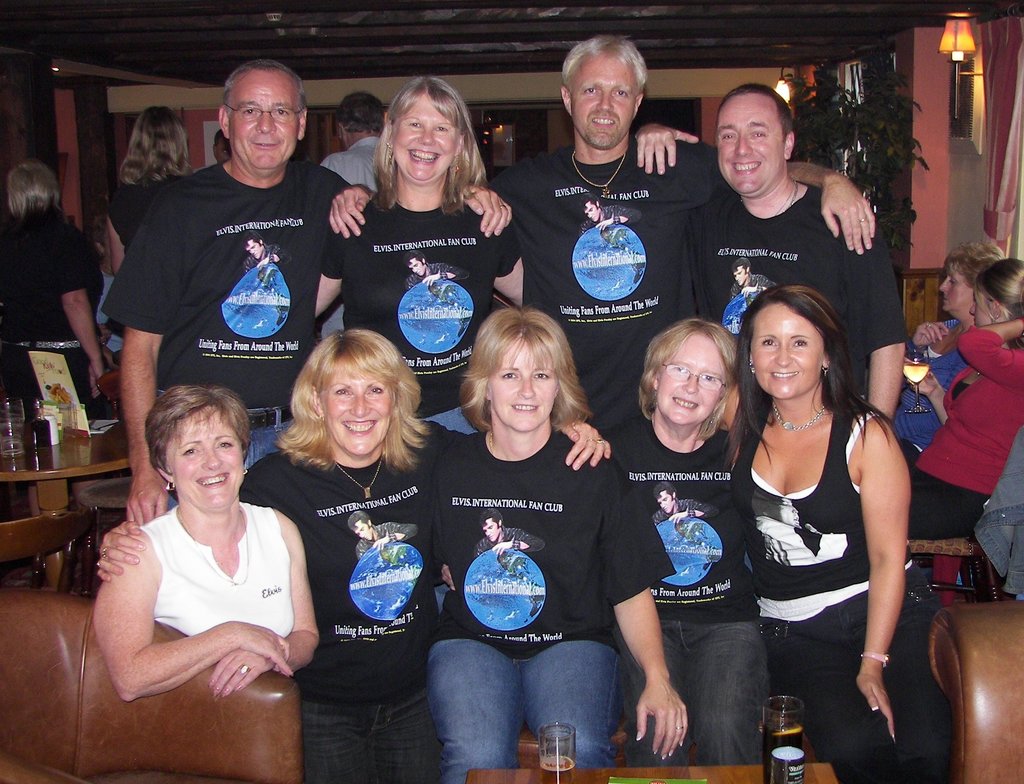 At a meet-up on the way to Liverpool to do the Beatles tour! 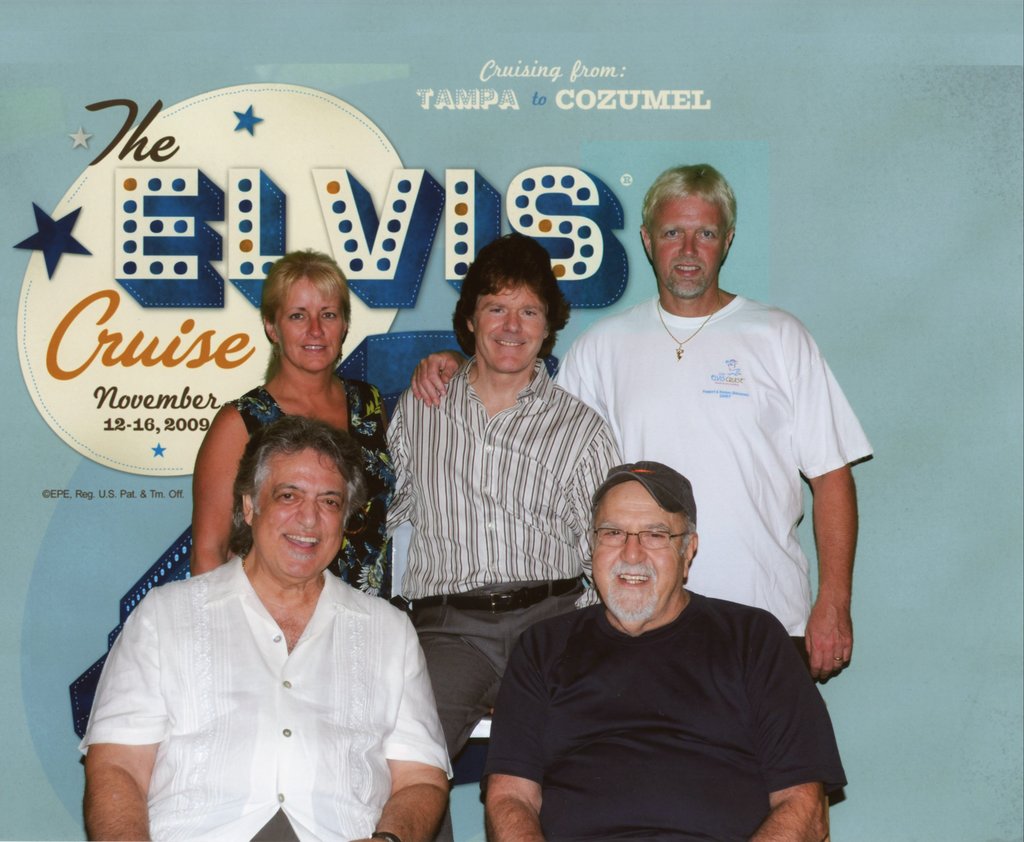 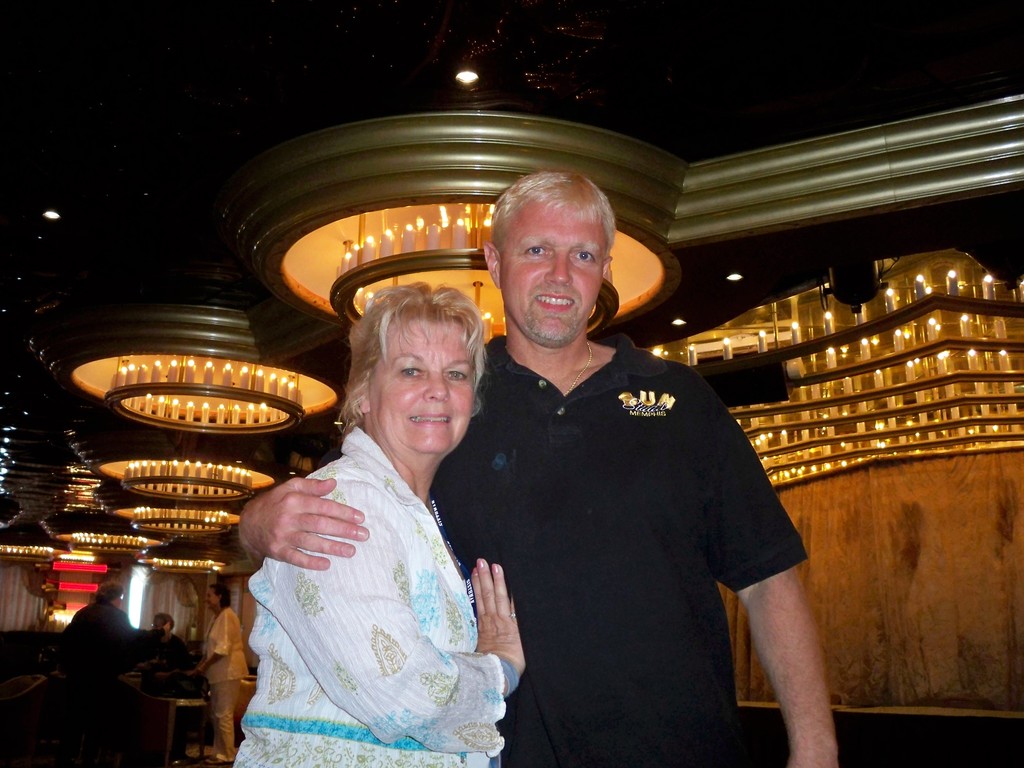 Another with me and my Buddy Cynthia Pepper who had her own TV series in the 60's and was on the cover of TV Guide: 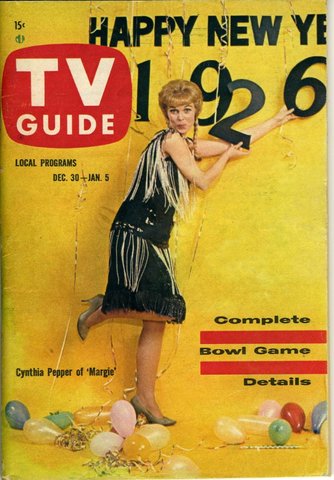 Me and Cheryl on the Graceland Brochure One of the articles I wrote for Graceland.

Jason, you are an international man of mystery!!

Nice work on the Elvis fan club by the way and on April 1st too.  There may be a place at the CIA for you should you accept the mission?

What gasket or seal at the PCV pipe under intake?

Wonder what kind of seal goes on the metal PCV pipe under the intake?  It looks like the larger part is kind of a press fit into the manifold but maybe there was a rubber gasket under the bolt that…Continue

Newby question here!  I've read through the shop manual and as many threads as I could find on here, but I'm still stumped on exactly how to remove the interior plastic Heater/AC box from my 64 SDV…Continue

Hello,Sealing  up my 63 Jetaway duel coupling and questioning the drain plug and the speedo bullet, both used an o ring for sealing. This does not seam proper as the o ring gets crushed when…Continue