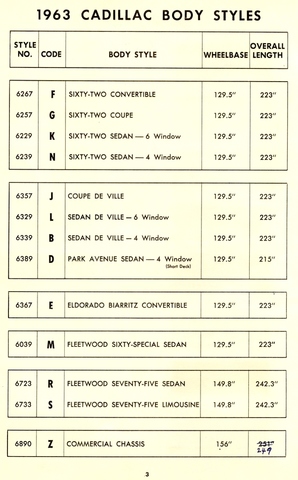 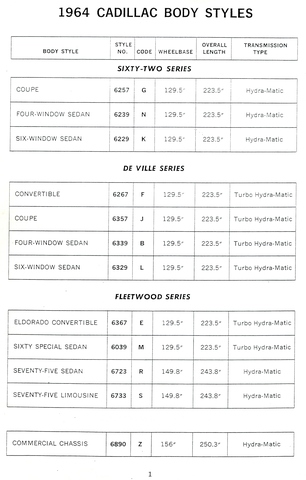 They were the entry level 62 series cars (least expensive and renamed Calais in 1965), mid series DeVilles (mid priced) and the high-end Fleetwoods.

Identifying your Car by VIN #
Your car can be identified by it's VIN Number (called Engine Serial Number
in the shop manual).

VIN Numbers for 63 Cadillacs are made up as follows:

where: 63 is the year,
X is the Body Code which designates which series and style of car (see below)
nnnnnn is the production number for that year.

VIN Numbers for 64 Cadillacs are made up as follows:

where: 64 is the year,
X is the Body Code which designates whice series and style of car (see below)
nnnnnn is the production number for that year.

NOTE: For an in depth look at history of the VIN and locatinging it check out this article taken from the February 2021 Newsletter: Where's the VIN?

Typically the vin # is in 3 places on your car.

1st) It is on the frame on the first cross-member lip just in front of the radiator.  To find, raise the hood and look down and to the right just below the area the horns mount to the radiator support. The VIN is stamped into the lip of the frame that extends diagonally up just in front of the bottom of radiator support. You will probably need some sandpaper or steel wool to bring it out. Sometimes wetting it makes it easier to read also. 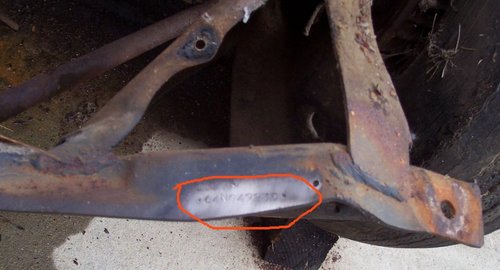 The VIN is stamped on the engine on the left (driver) side below the exhaust manifold just above the oil pan so you will need to get under the car with a good light and will probably need some sandpaper. This one is really hard to see with the engine still in the car but is useful in verifying that your engine is the original.....this is what they mean by matching numbers.   See Pictures below: 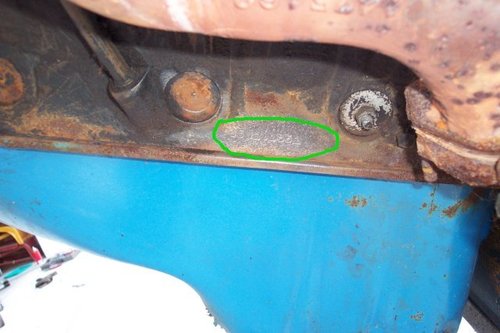 ) Sometimes there is a Service Notice Plate (service label) l mounted to the inside of the door jamb on the left/driver side. This is just held on by two tiny phillips screws and is easily removed and/or sometimes they get painted over.I would not put too much stock in this service plate. They are easy to switch around.  See Example Picture below: 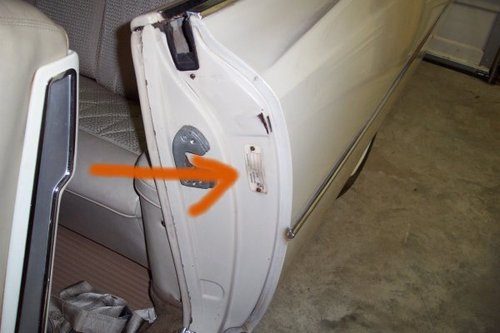 4th) Your vin should be on the title or insurance documentation for your car. Look for the number that starts out as 63x or 64x...... That is your vin number.

** In addition - The VIN is also apparently located on top of the frame at the rear crossmember, however, you would have to have the body off of the car to see the VIN in this location.  The VIN may be in other locations however Locations #1 and #2 are the most apparent.

See September and October 1964 Serviceman Bulletins below for the details. 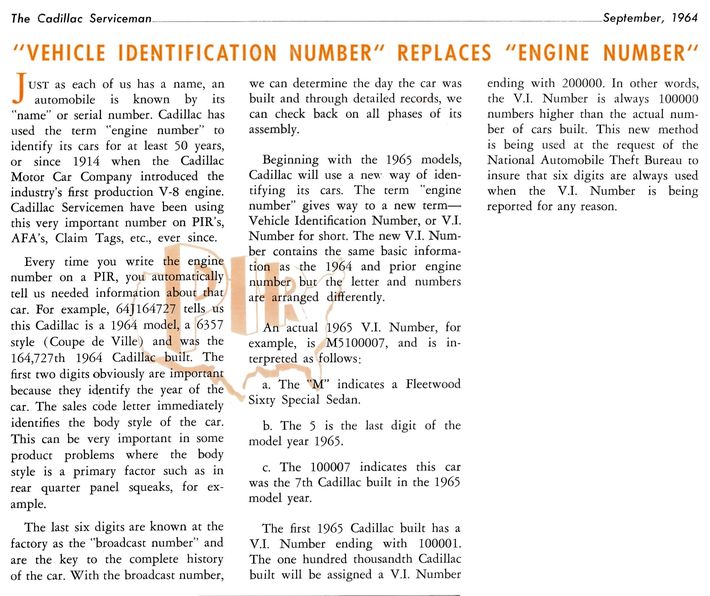 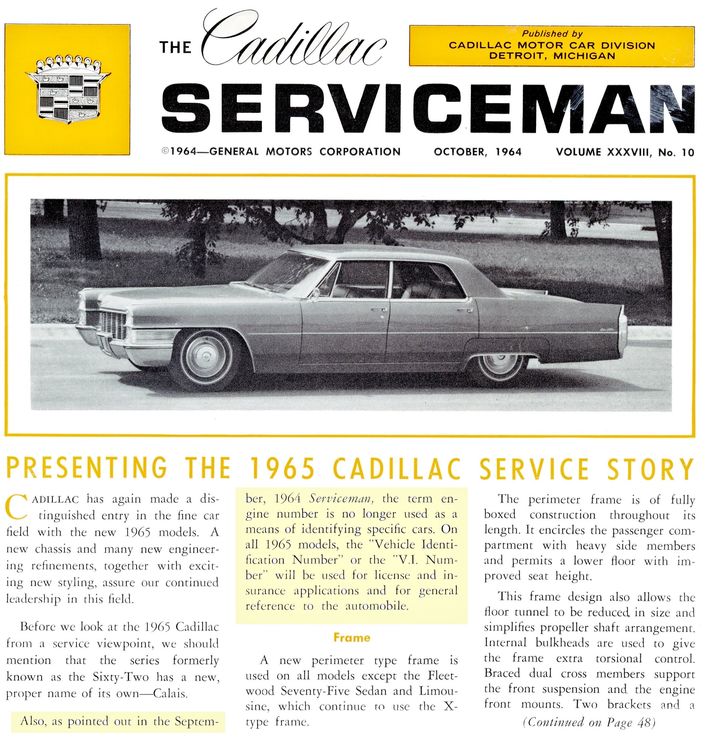 I have added the following to to the VIN & Body Styles Help Page under VIN LOCATION:

NOTE: For an in depth look at history of the VIN and locatinging it check out this article taken from the February 2021 Newsletter: Where's the VIN?

Jason, Thanks for your details, they are beyond helpful.

Set up a quick link to this page... www.vin.6364cadillac.com

Unknown part, maybe the last one?

Hithanks to great help from chapter members I am getting my 64 Deville ready, slowly but surely.There is only one part still unclear, or actually three bolts and nuts. They are clearly different from…Continue