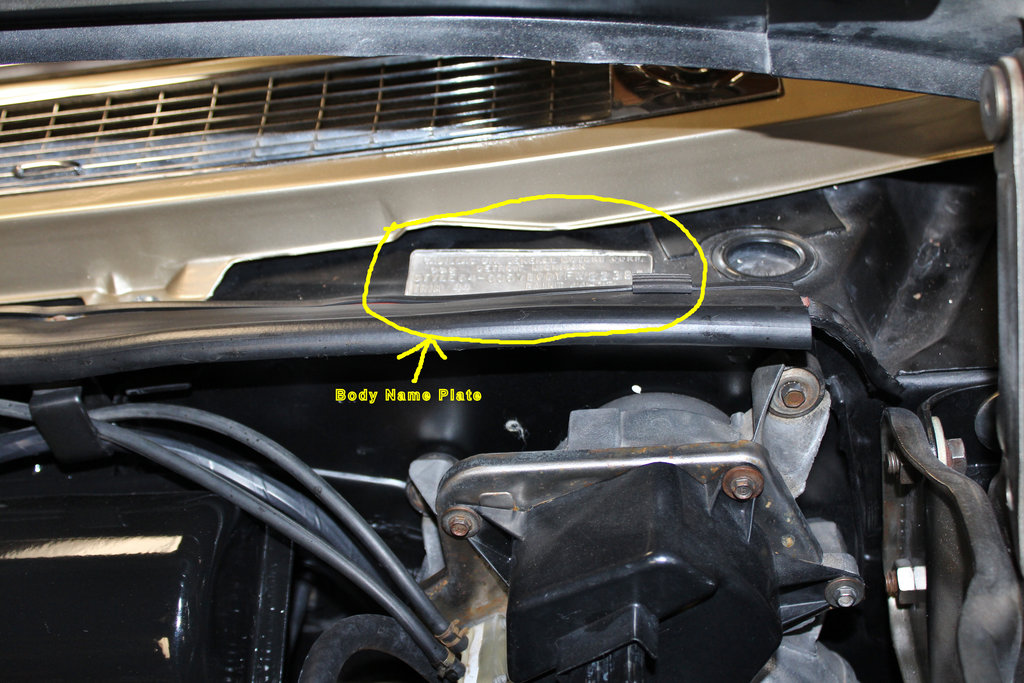 ACC - Accessories - For 1963 & 1964 except as noted
letters following ACC indicated an optional accessory.

The way I read it is options that require different body adaptions for that option. AC would be a good example. There are many options you would never see on the "Body Name Plate" The controlled differential (Option Code G) would be one that comes to mind. You also never see radio codes (R, or F, or FP) as I believe the dash assembly with ordered radio option, would be installed into the body, without any consideration of the car body, thus, nothing on the body name plate. Way back I thought every option on a car would be listed or noted somehow in an order group but that is not the case. I have started going th rough my 54 parts cars (and 5 drivers where I have the body plate) to try and figure out exactly which codes to appear and those that do not but have never gotten very far. What I probably can do is just list out every body code I have seen on the body name plates (I have saved them from the parts cars). NOTE FVREYDKU on my build list, but only EYKV on the Body Name Plate below it. (CLICK PICTURES TO ENLARGE) 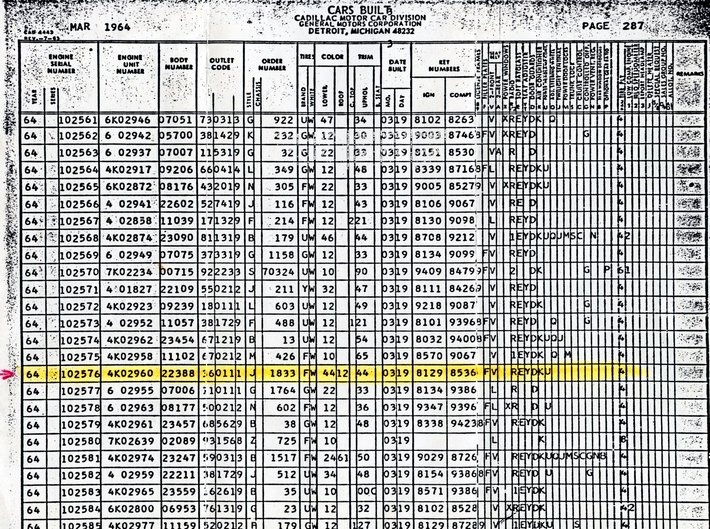 I went thru my 1963 and 1964 Body Plates from the parts cars I have brought in and came up qith the following:

If any of you look at yoru Body Plates and see other codes, let me know and I will add to my list.

Great info on this post. I'd like to get a bit more info on the FW (= Fleetwood) Factory Identification code to better understand my car's history.

I think that the FW means that the car's body was built at the Cadillac Fleetwood Plant on West End Avenue (AKA Fisher Body Plant 18) in Detroit. From there, the body was shipped by rail 2 miles to the Clark Street Assembly (AKA Detroit Assembly). Both of these facilities closed in 1987.

Anyone know if my info is correct or have any additional info on manufacturing of these FW coded cars?

Comment by Tony and Ginny 429 on October 23, 2018 at 2:18pm
Dave
Interesting info about timing and relatives LOL !
I do like that our cars where made a bit into the production numbers
Gave them a chance to work out any bugs that came up during early assemblies
They had some bugs that the service publications that were published along the way addressed sometimes updating ( overriding ) the printing in the Service Manual itself
The AC steamboat switch later added is one example of that

Hey Tony, looks like both our cars were built the first week of May!  Very cool to know her twin sister is in FL.

thanks again - my friend

Comment by Eli on March 3, 2017 at 1:57am
Thank you Jason! I assumed the trim code meant the outside trim. I left out the year and model to boot. You truly are a shepard to dopes like me!

Forgive my ignorance, but I can't seem to find the second number in my paint code:14-60. Nevada Silver and what else? The top code is also 60. Also, the trim code page isn't loading for me, Trim 51.

Josh, The info on that link is the best I could determine. I posted that here and on the CLC site and did not receive any further feedback. Jason.