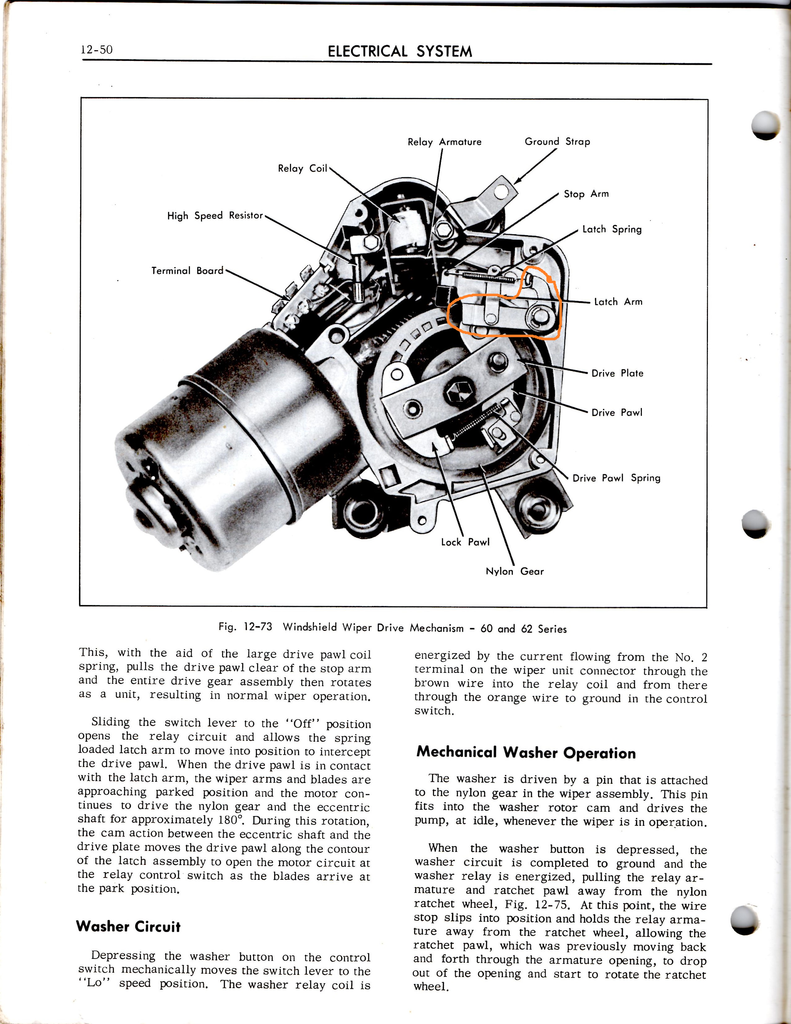 I pulled a wiper motor from a 62 Fleetwood today, and did a bench test. It didn't work, so I investigated.

As usual, it was the latch arm sticking from 50 year old grease.  A quick spray from a can of brake parts cleaner got the latch arm moving again.   The wiper motor works great now.

I just placed an order to have new front seatbelt retractor springs made.  They are for the 64, and will tighten up those sagging seat belts.  The original springs are reaching the end of their life cycle, as reports of them breaking are becoming more frequent.

Its going to take 3 weeks to have them made, so look for them in the near future.

Win a 2016 calendar and T-shirt from Caddy Shack.

The winner will be in the 2017 calendar for the month of December.

Submit your pic here on this thread.

Hello Cad fans.  I'm in need of seasonal pics of your classic Cadillac.  With the fall leaves, or in the snowy domain of winter.

These would be for the calendar.  Side shots should show the front or rear, and in full sun, or full shadow.

Hope all Cadillac fans have a great day with their friends and family.

Best wishes from the Austin family.

I'm sending out a 64 front seat belt assembly to have the retractor spring reverse engineered.  The company specializes in this type of spring, so hopefully we will have new springs to replace the broken springs in the 64 seat belt retractor.

It should be about a week or 2 to get an answer on the production and cost.  Hoping to keep it under or at 25.00 per spring.   I need to order at least 50, so I will have plenty.

Great deal on a must have item.  A 63 shop manual at a great price.  This is not mine. I modified a oil fill breather cap, because I have excessive blow by on my 63 hearse. Oil was splattering in the engine compartment.

I gutted the cap and put lawn mower filter foam in.  The intent was to stop oil from exiting the cap, and let it drip back down the fill tube.

I got to driving the hearse this week, and oil was just loading up in the cap, until it… So I picked up an original bat wing Cad/Buick air cleaner, in hopes of putting it on the hearse.  Its too big, and hits the firewall/hood lip. Bummer. Hopefully I can get it to fit on my truck.

Good deal on an original 63 shop manual.  Its not mine, just passing it along.

Found this on ebay. Its a good deal for an original 63 shop manual.  Its not mine, just passing along info. 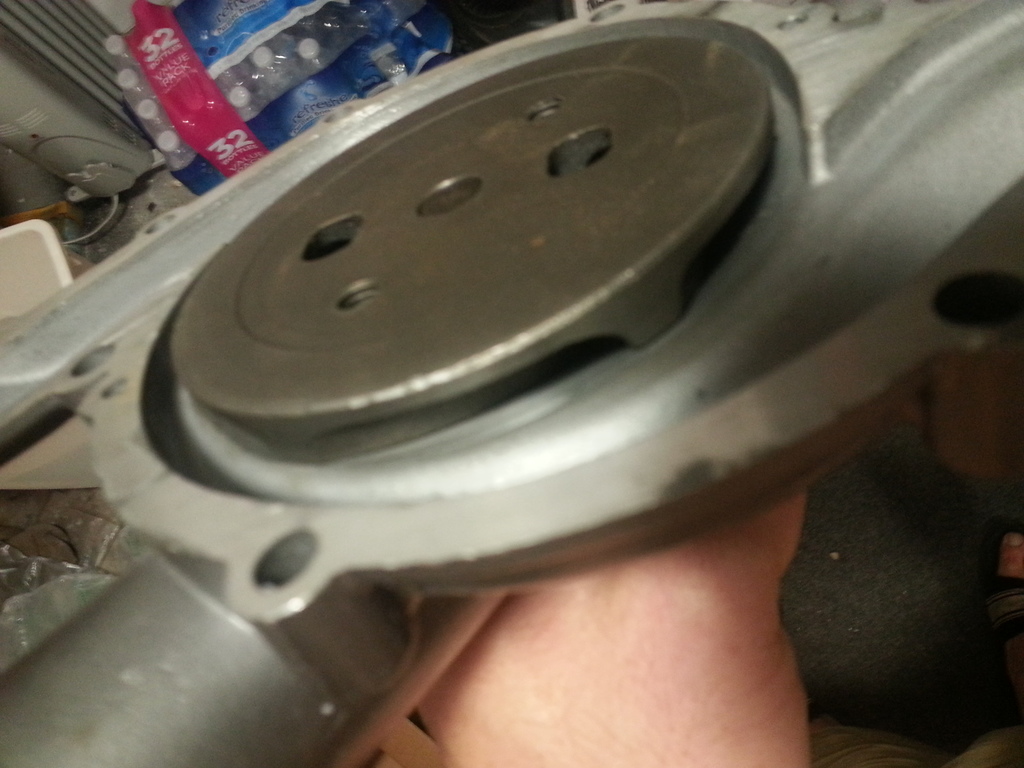 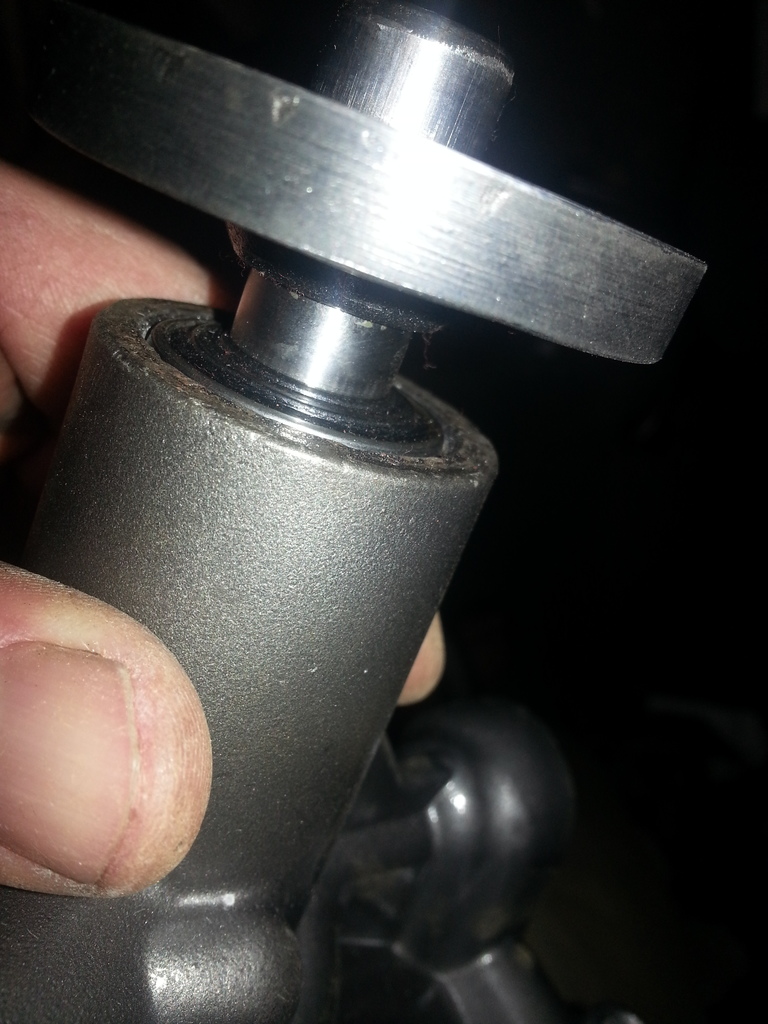 Just got beck the water pump I send off to get repaired correctly.

It sure looks 100% better than the "new" pump I purchased at Orielly's.

Just got back the water pump I send off to get repaired correctly.

It sure looks 100% better than the "new" pump I purchased at Orielly's. 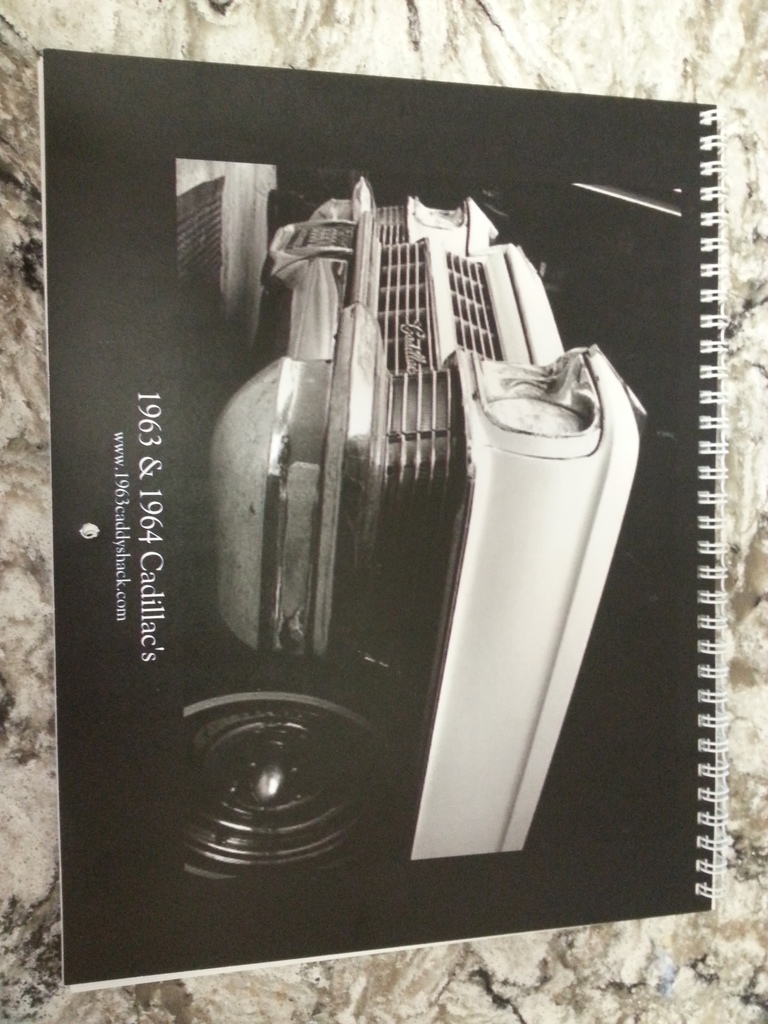 Check out the pic..

New 2016 Cadillac calendars, featuring the 63 and 64 Cadillac's.  Folks from this web group have their cars in here. Real cars by real people. No trailer queens here.

Calendars are 15.00 each, with 6.50 shipping to anywhere in the states.  I do ship world wide, and you would need to contact me to get a shipping quote. 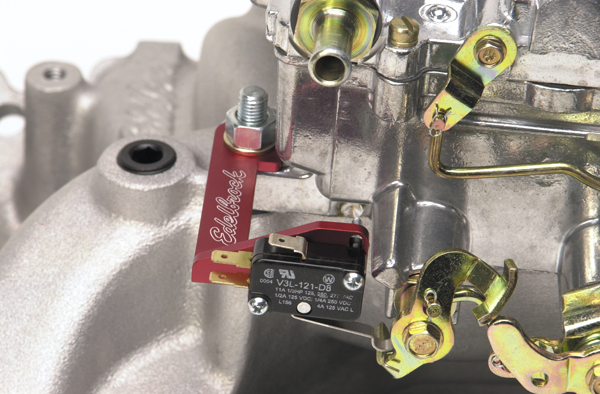 If you put an edelbrock carb on your 64, with a Th400 trans, you need the kick down switch to kit the passing gear. 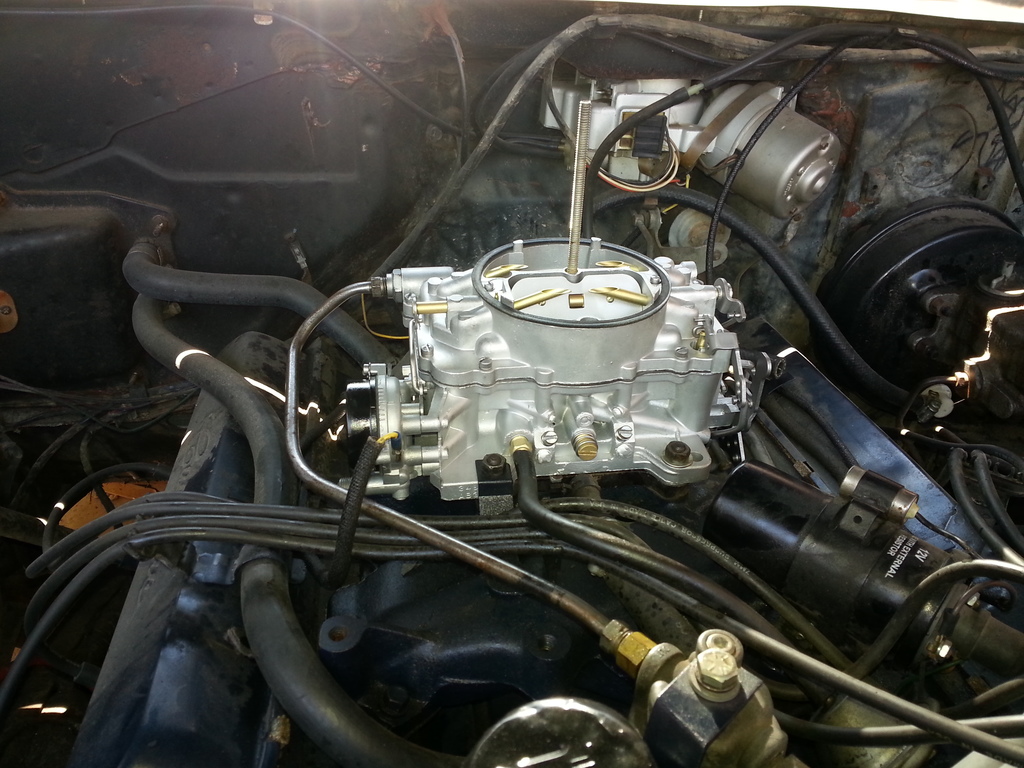 Had the Carter carb rebuilt by a local carb shop. The piece was sonic cleaned and flow tested.

I actually had a 63 carb on my shelf that wouldn't idle. Took that one into the shop, and removed the 64 Carter I had on the 63 hearse.  Runs great now. Just have to road test…

I remember reading somewhere on rebuilding the water pump. but now I cant find the info.

Anyone know where its at?

I have a 63 timing chain cover reconditioned to fit the larger 64 oil pump gears. The gear shaft hole has had a new bushing installed, and the oil pump plate has been decked flat and inspected.

New 64 oil pump gears and oil pressure relief spring and plunger are already in the cover.

The tolerances are set to a new front engine cover, per the 64 cad shop manual.  The oil pump is brand new, with no wear. Its perfect. 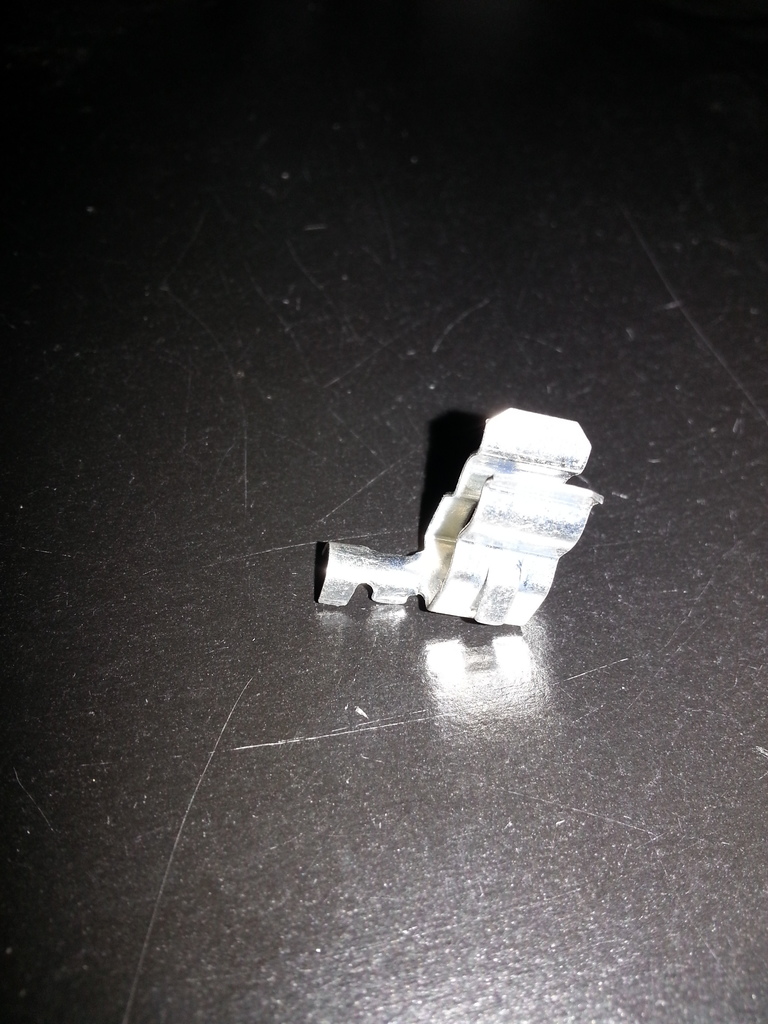 I have sourced new fuse box clips, and the clips for the electrical connector to the dash gauges (fuel and temp)

The fuse box takes 2 types of clips, and I have only sourced one so far.  In a pinch, you could cut off the wire crimp and drill a hole for the brass rivet.  I have not sourced the brass rivet yet, but its next on the list.

You can see the…

Unknown part, maybe the last one?

Hithanks to great help from chapter members I am getting my 64 Deville ready, slowly but surely.There is only one part still unclear, or actually three bolts and nuts. They are clearly different from…Continue

Hey all, has anyone had their windshield removed and resealed successfully. I'm pretty skittish about having someone mess with my perfectly good glass knowing that these cars are a little different…Continue