The Carter AFB and Rochester 4GC were used on the 1963 & 1964 Cadillacs. There was not specific body style, or setup you would see one or the other used and will find either on any particular Cadillac. There were specific model #'s and differences and have posted information I have collected over the years. This might not be complete, but includes the notes I have on file and welcome any updates.

Now what was put on these cars later as they were serviced is a smorgasborg.  I have on hand 3904S, and a couple of SR3656S,...but no 3955S.  If you have an new master parts list it probably shows one of the newer carbs.  This was very common.  For example the 1963 Lo and Hi note horns were larger than the 64 horns, but the 64-69 Master Parts book calls for the 64 style as the replacement for the 63 because they no longer made the 63 style.

CFM ratings were not listed in the Shop Manuals or Dealer Data Books and Carter was really vague in terms of the Carter AFB which could range from 400 cfm up to 900 cfm from what I have read.

As far as the Carter AFB, I had done some research that let me to believe their carb was a 575cfm. There were tons of model # but looking at later ones with CFM rating seemed to narrow it down to 500 CFM to 575 CFM, with the 575 CFM being the closer rating. 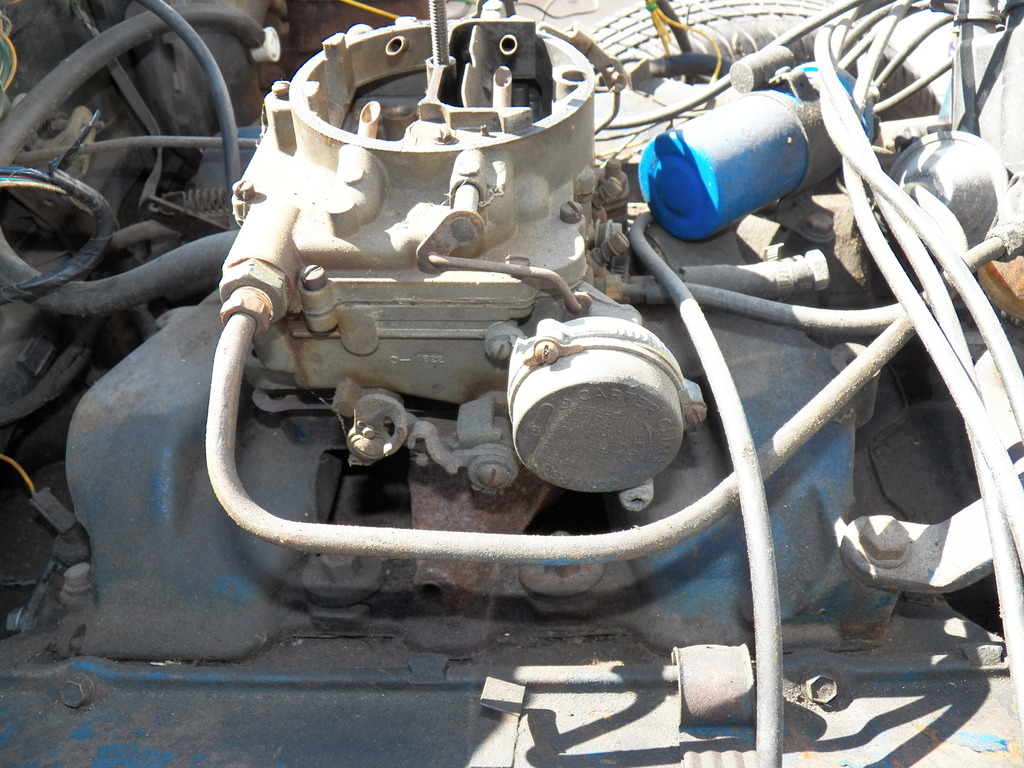 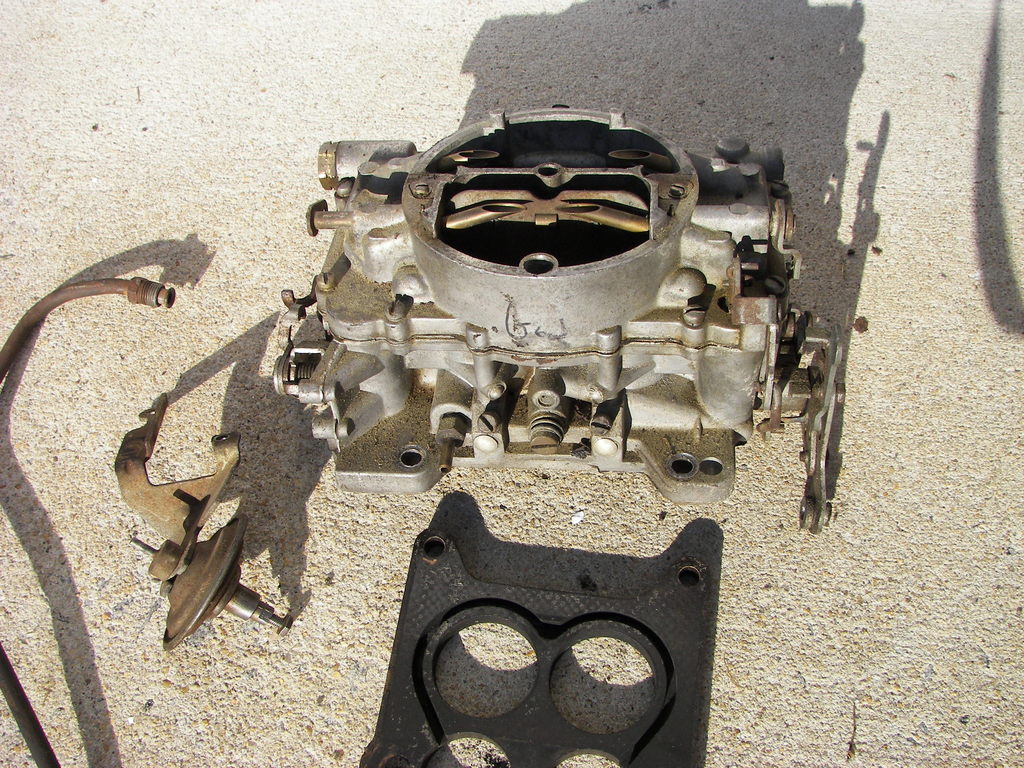 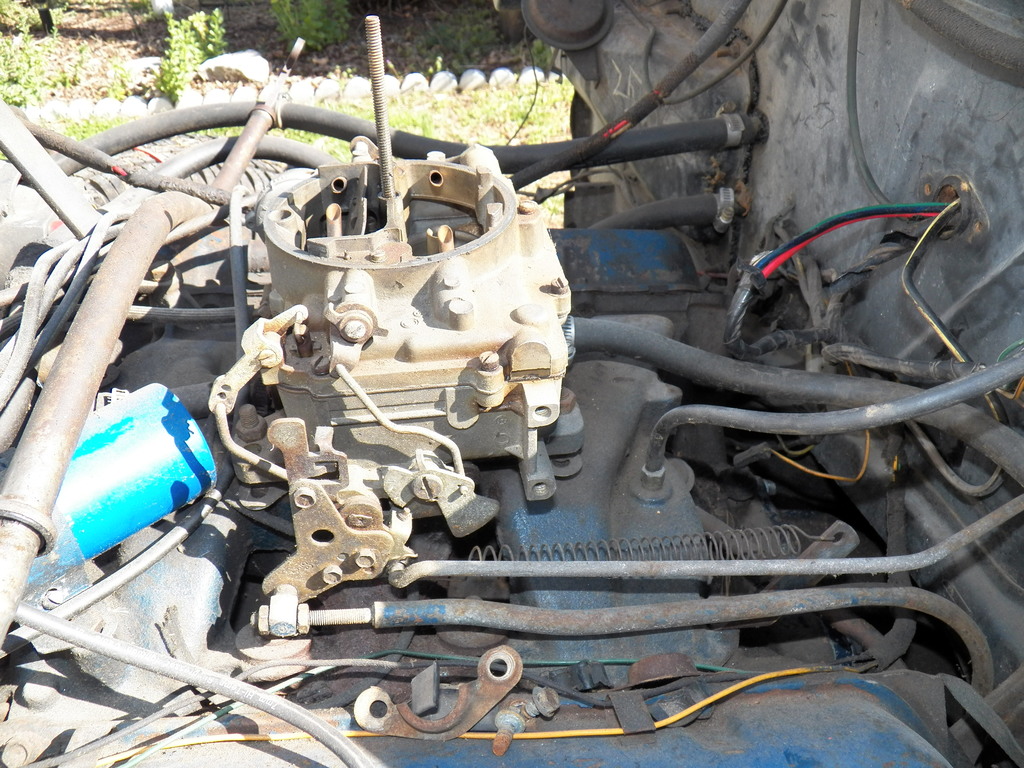 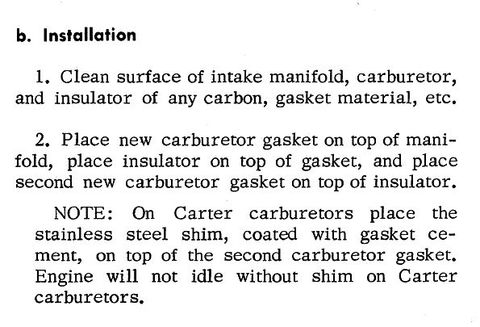 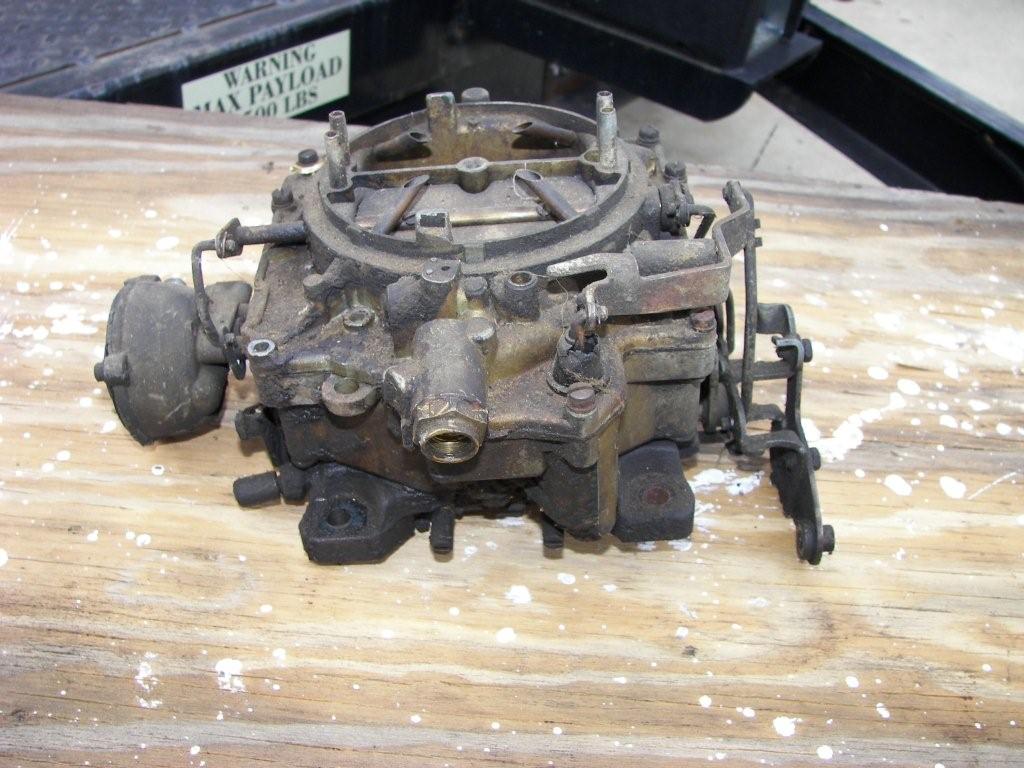 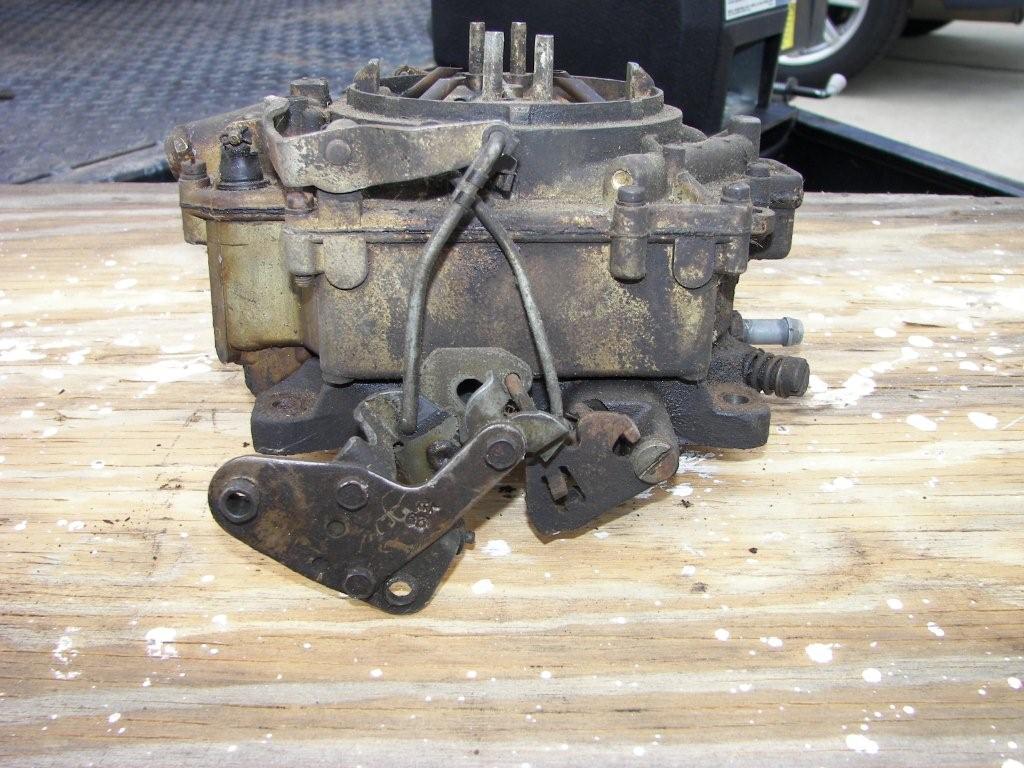 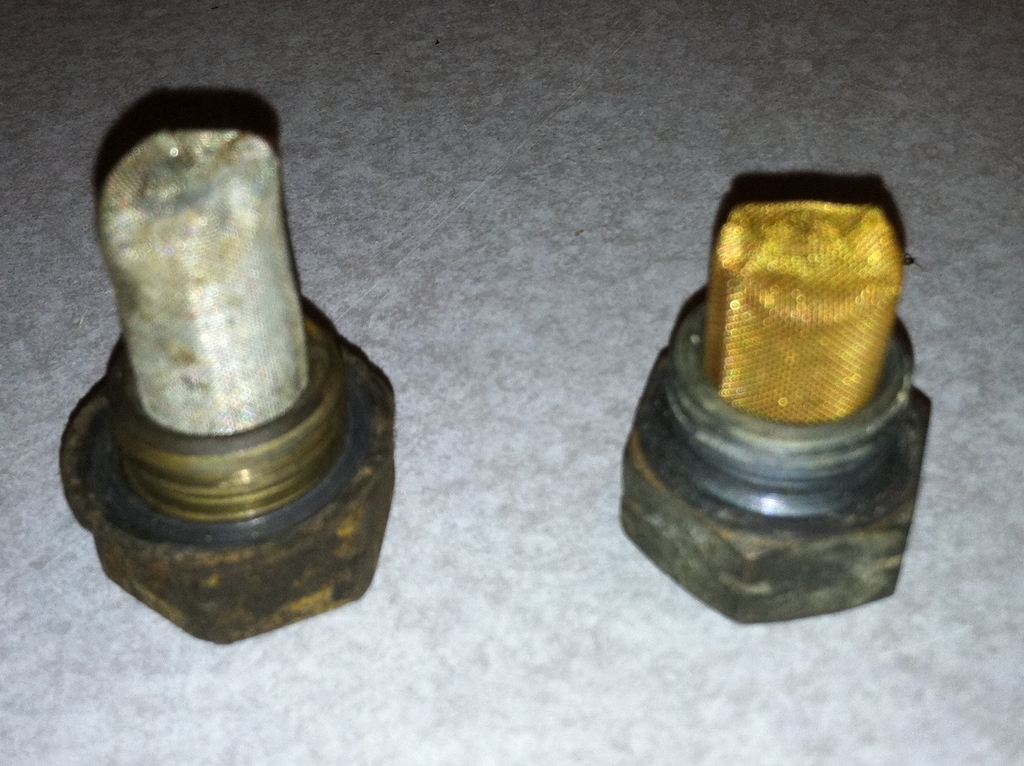 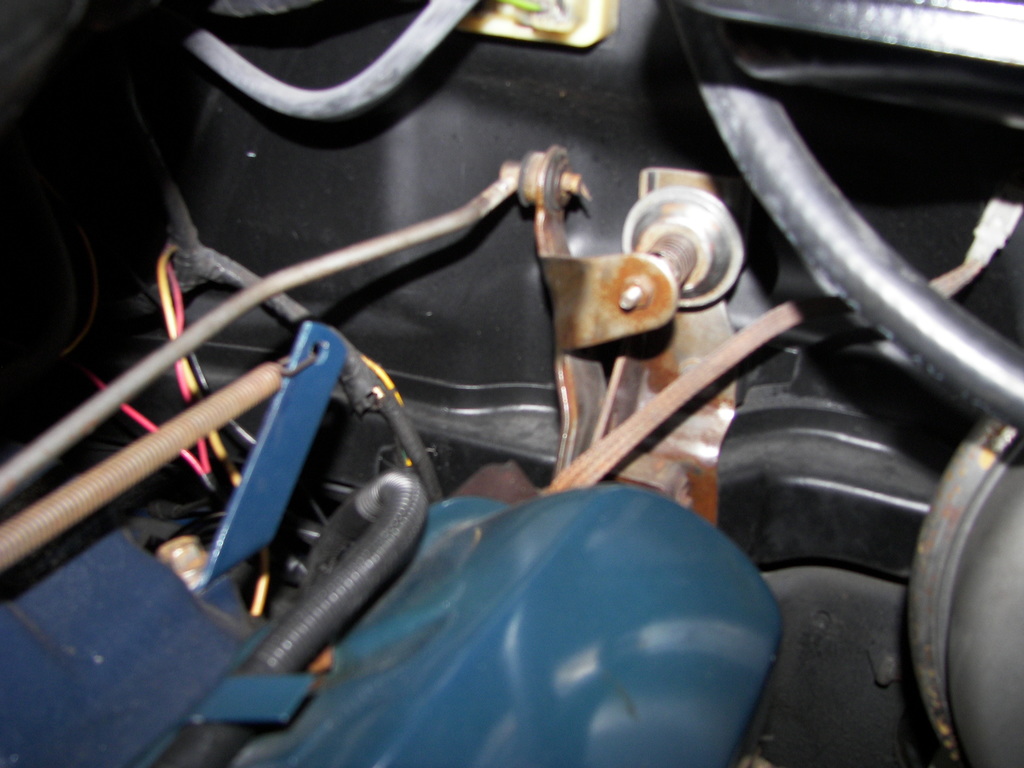 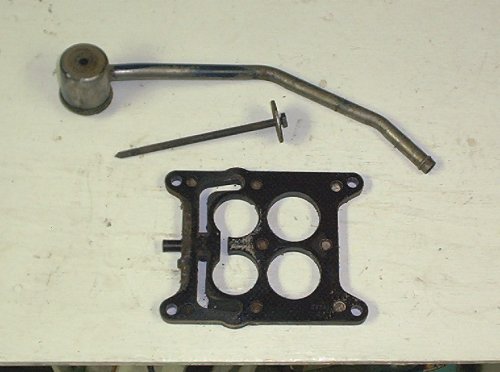 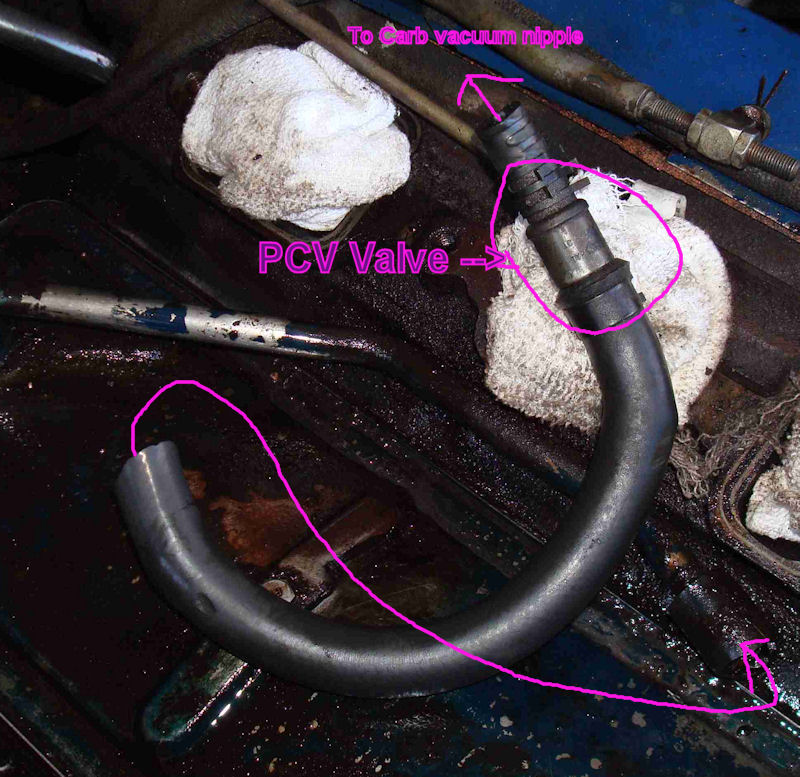 Here are a couple of pictures showing the 1964 Carter AFB with the Kickdown Switch for theTurbo Hydramatic equipped body styles: 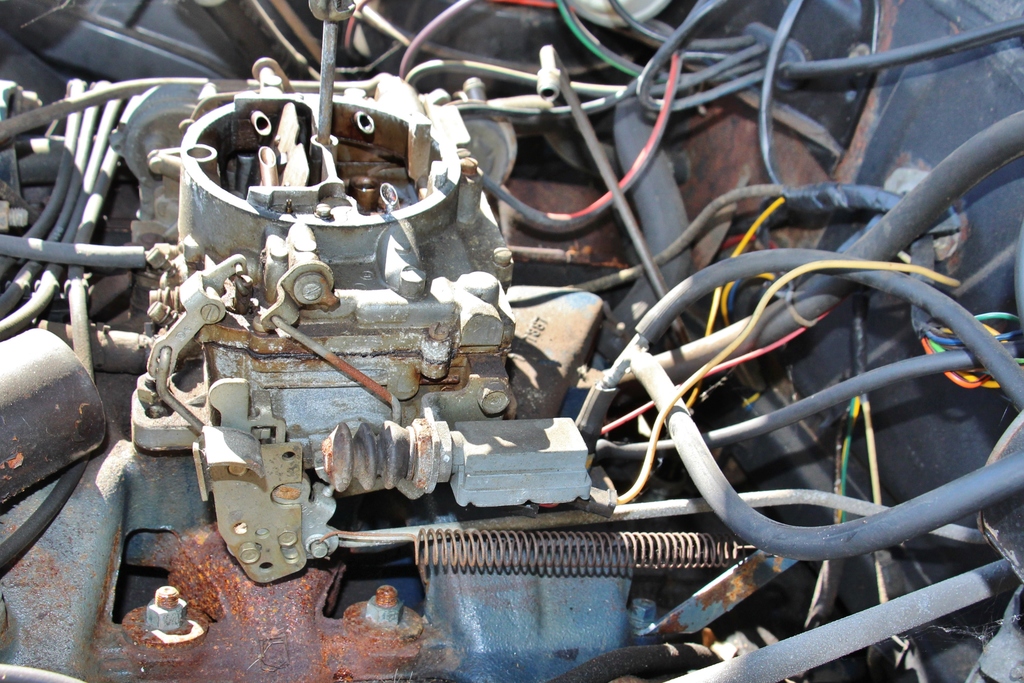 Here is the top and bottom of the Intake to Carburetor Insulator: 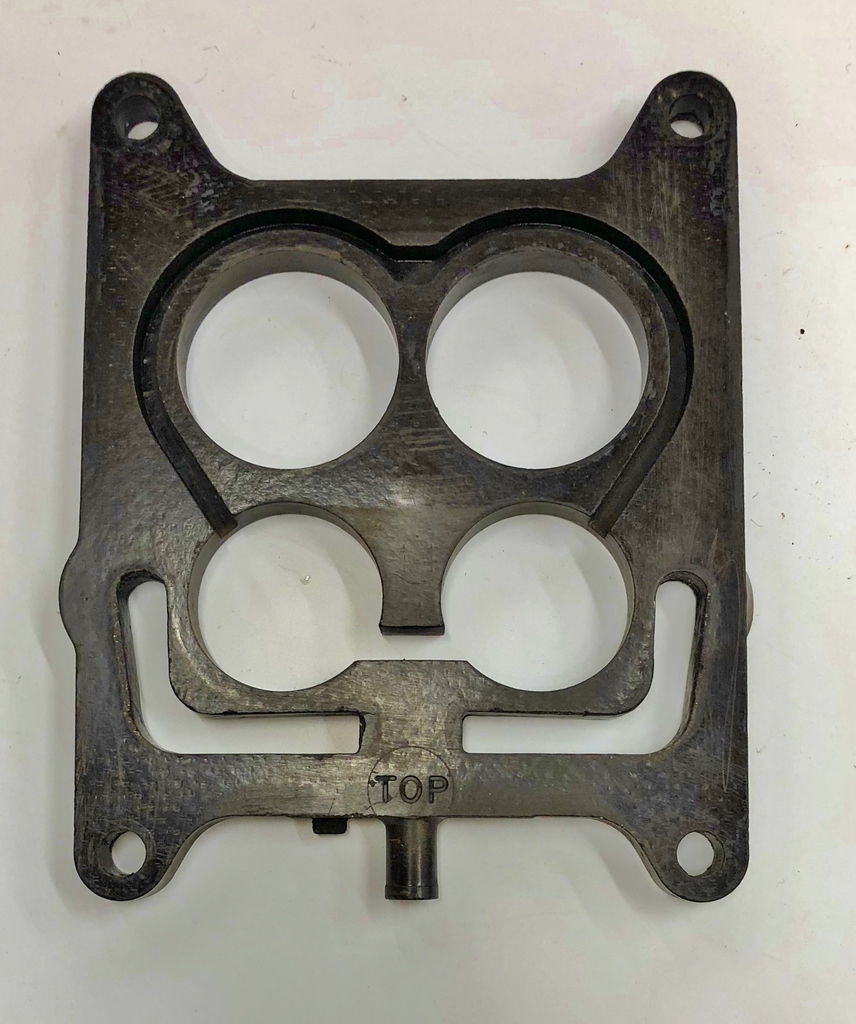 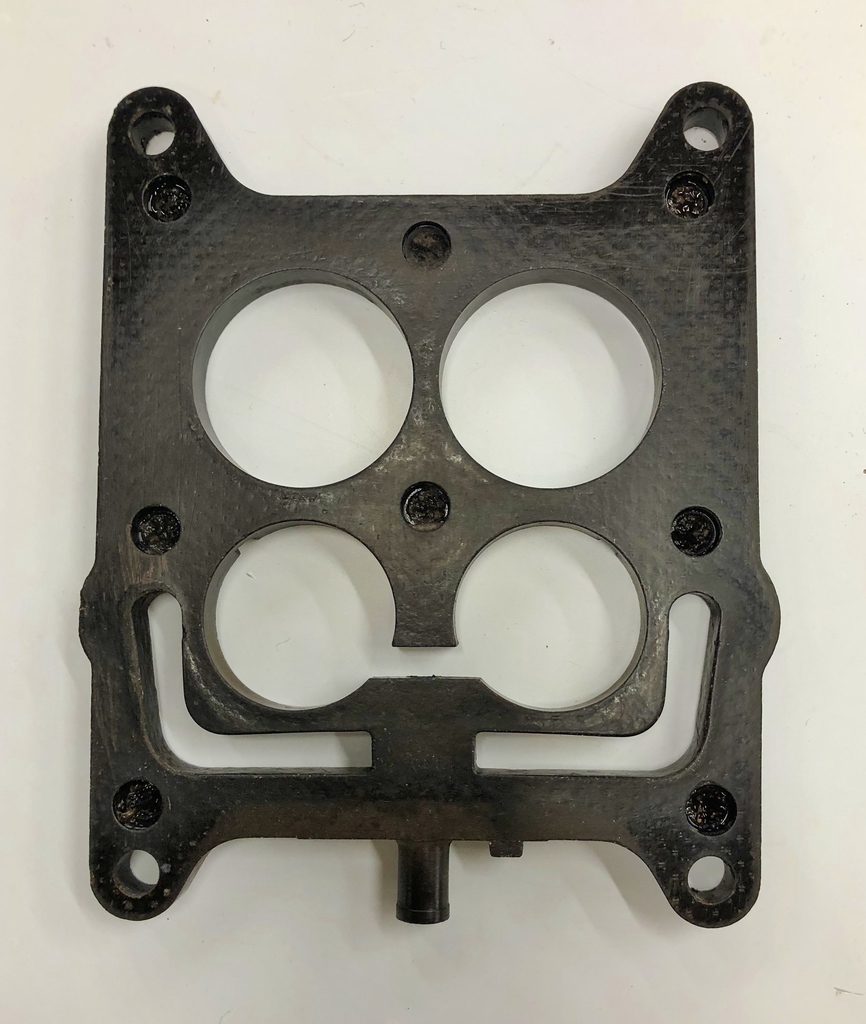 Just sent you an email. Happy to purchase them from you!

For the Carter AFB I sell the Fel Pro 60034. It takes 2 of these gaskets, one below and one above the insulator. (For Rochester carbs, use the Fel-Pro 9770). I have been selling both new for many years for $5 each. If you have trouble finding a gasket and want one of mine email me at jasonedge@nc.rr.com.

Here is a picture of the FelPro gasket I sell for the Carters: 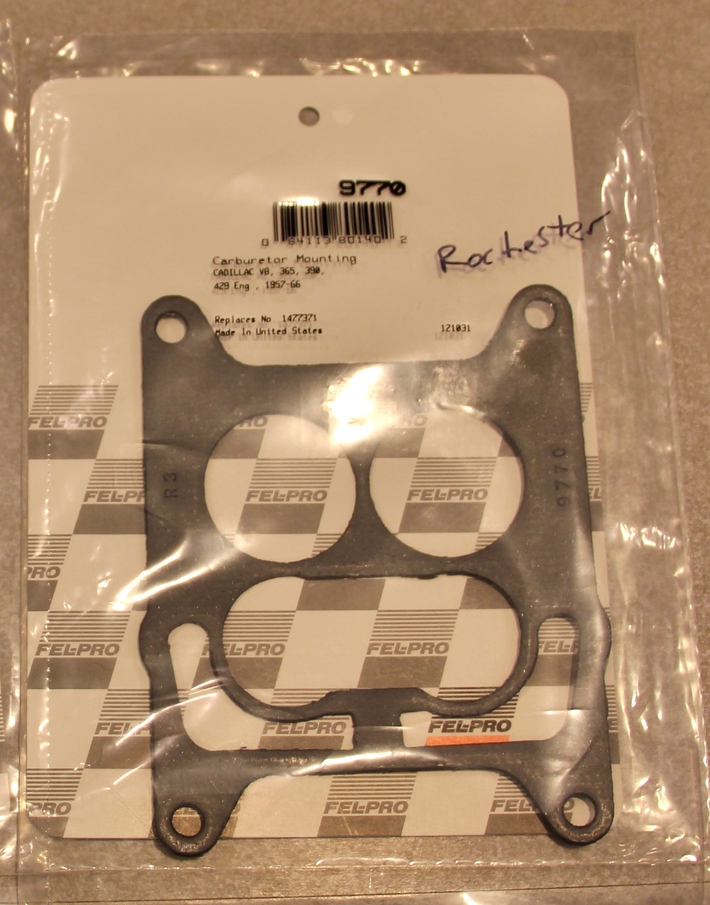 "smorgasborg" mentioned above is Swedish for a buffet. Smörgåsbord is actually two words; smörgås = sandwich and bord = table. If you want to break it down further you can take the word smörgås apart as well. Smör = butter and gås = goose.

So the conclusion is that the word smorgasbord is used in the sense of a buffet but in reality means sandwich table or butter goose table. Did it make sense?

Smörgåsbord is common throughout the year but is mainly served before and during Santa Claus, then called julbord (Santa table).

Meatballs, ham, small sausages, various cabbage, eel, pickled herring in more than a thousand ways... Basically everything you could think of and some more will end up on the table. Most people eat to much and there has been cases where people ate to much and died. Alcohol is also a very big part.

We drink something called julmust. Coca Cola doesn't really like that we prefer julmust so they run adds aggressively on the tv trying to change our minds. My daughter would never ever drink Coca Cola during Santa times. For her its julmust every day.

Thanks for that advice.  I'll definitely check the plugs.  Something is definitely out of whack.  It uses a gallon of fuel just getting to the end of the driveway.  It was always a bit thirsty, but not that bad.

Comment by Tony and Ginny 429 on June 24, 2016 at 4:45pm
When i put the 1406 on my 64 429 engine ,the carb had to be rejetted for the mixture to be correct
The engine was running lean before the carb was rejetted
Lean is not good ,creates excessive heat ,a bad thing
Pull your plugs to examine there color
They should be burning a brown paper bag color if correct
White is lean ,darker color is richer burning plugs
Rejetting and carb adjustments can only be done when all other engine issues have been corrected and specs are on point
They are the last adjustments made to tweek the engines performance ,and will max out performance as the cyliners are burning perfect ,if the plugs are burning the correct color
Enjoy

I have carb adaptor rings, specifically made for this swap.  They are  50.00 plus shipping.

My 64 Series 62 has been "upgraded" to the Edlebrock 1406 by my mechanic.  It runs great but the air cleaner housing no longer fits because the 1406 has a wider mouth than did the original carburetor.  I see carburetor rings sold by some manufacturers but they seem to just elevate the air filter housing.  I see none that adapt from the larger ring of the carb to the smaller air cleaner housing.  How have others handled this difference?  I really don't want to do with an aftermarket air cleaner.  I'm trying to stay as close to stock as possible.