As far as the gear ratios offered here is a list by body style and any options.  The ID Number is stamped on the front face of the carrier assembly.   See picture at bottom with blue arrow pointing to ID Stamp. 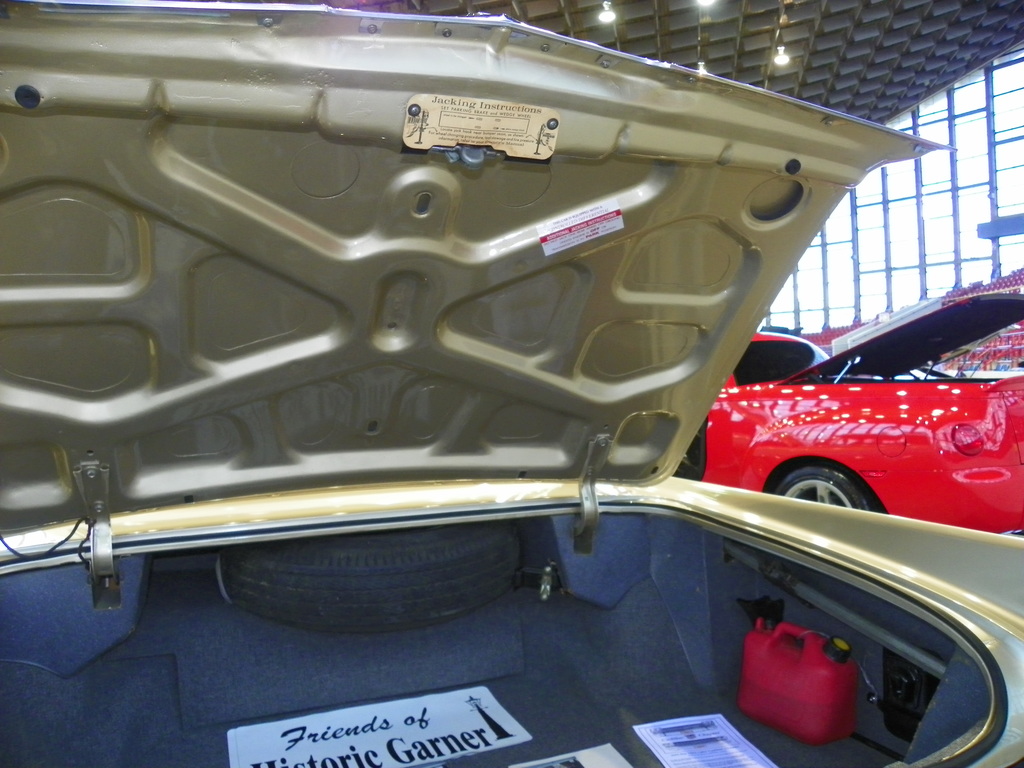 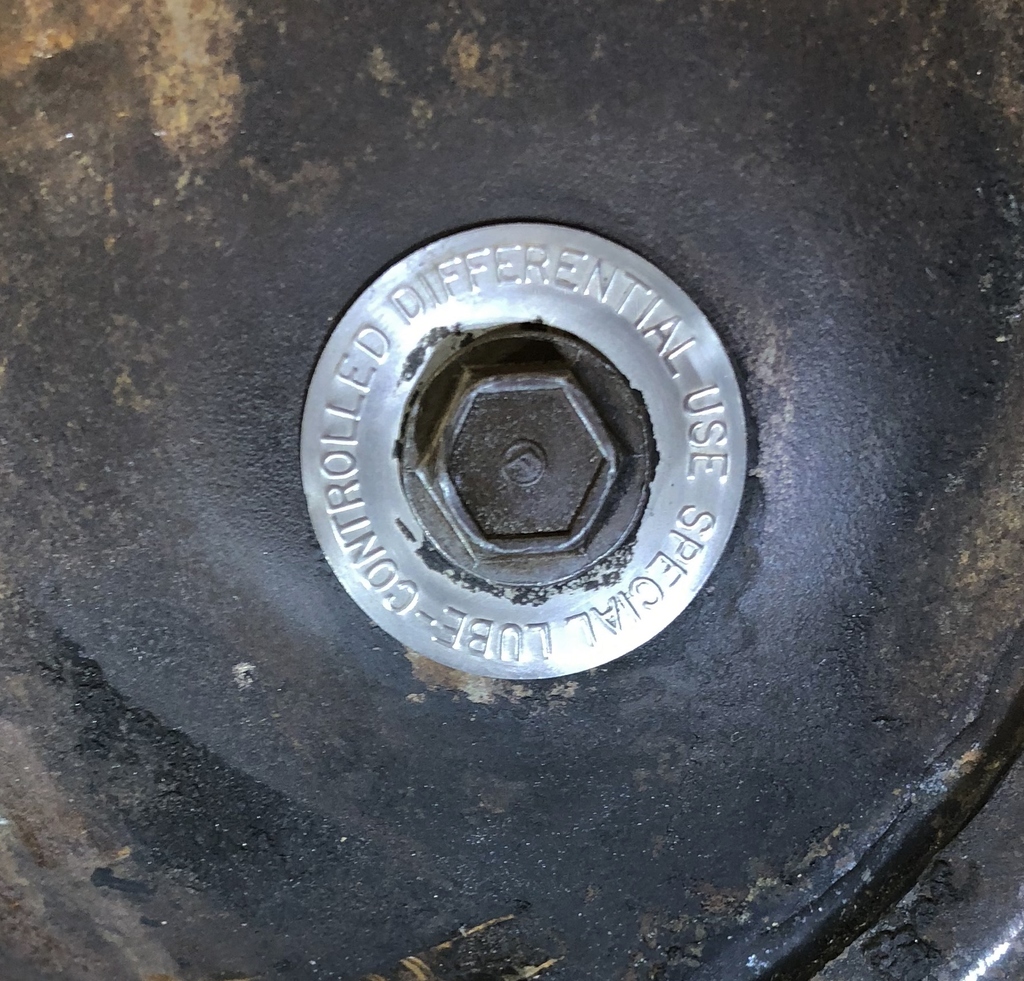 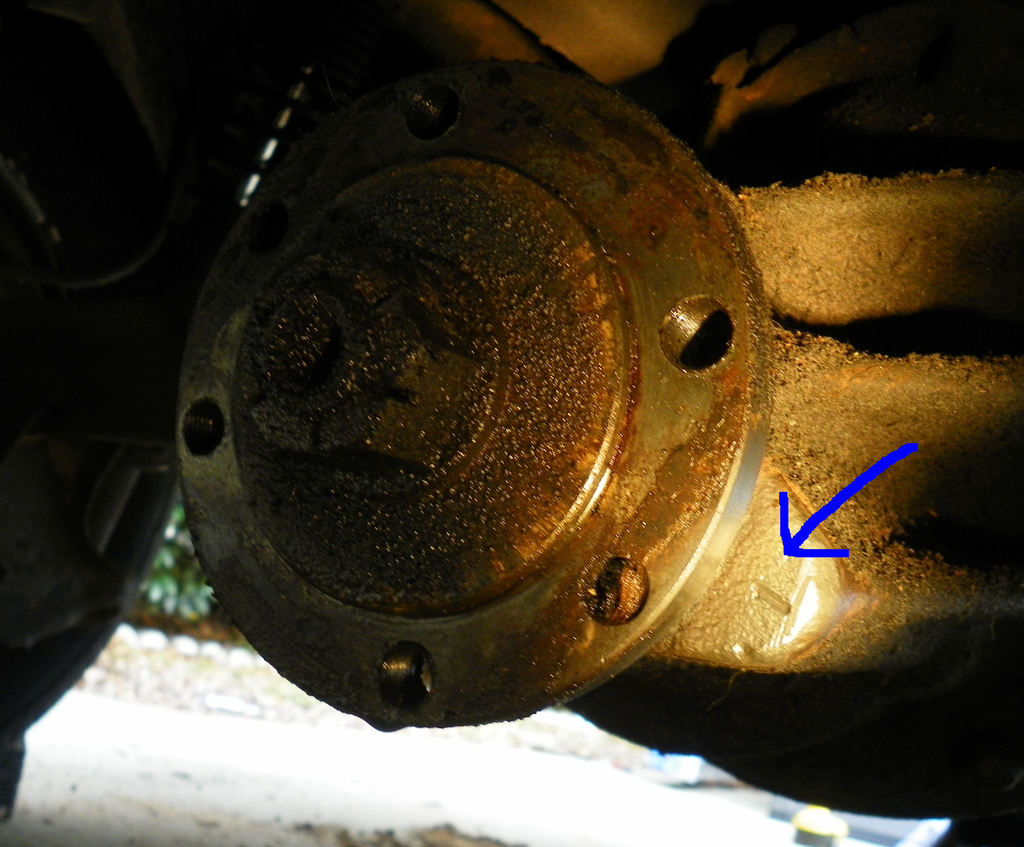 Location of Rear End ID Tag. With the "1" it is a 3.21 rear end.
If it was preceded by a "G" it would indicate a controlled (limited slip/Posi) rear end.  Here is a picture of one with the G1 Stamped: 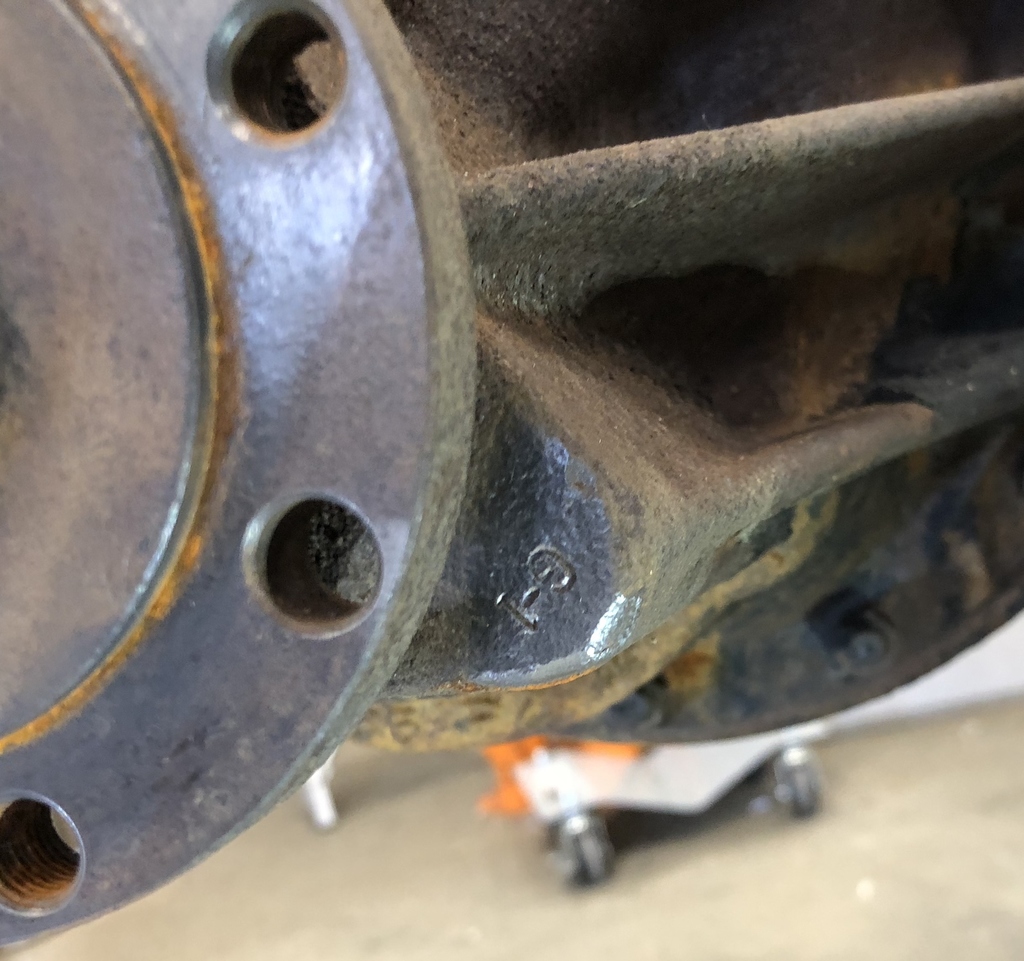 Comment by Tony and Ginny 429 on July 12, 2018 at 9:28pm
If the rear end ( ham) is out of the car and in front of you - you can turn the front gear of the ham and watch to see how much the axels exactly turn
The axels will turn exactly 3.21 turns for every one turn on the drive shaft connection to the ham making the hams gear ratio very obvious if in question

Clovis, I had the wheel bearings and seals replaced on the original axle this summer. However had some severe noice from the differential so was thinking of replacing the axle or try to replace the bearings. Found this axle at a reasonable price and decided to just exchange. Will keep the old and one day take it apart and repair the diff. When I do so expect a full story on this site.

Bought it from within Sweden.

Jason had one for a better price. But shipping and import costs made the price 3 times higher. So was calling around o everyone selling parts and in the end found this one from a reputable seller. Price was a little bit more expansive and the cost fro delivery was low. So I had the opportunity to blast and paint it and was still less in total cost than if I should have bought from Jason.

However if living in the states I wouldn't even consider buying from anybody else but Jason or Russ.

Anders, did you buy that locally or have it shipped from the States? If so, what was freight for something like that? Looks good too.

Comment by Clovis on October 17, 2017 at 10:40am
Very nice Anders, did you do new axle seals and bearings while it's off of the car?
I'm planning to, one day, change mine to the lower gerar ratio. The changes I've made to the motor have improved performance so I won't see too much of a hit on the car power wise. It's not a race car anyways and I'm at that point in life where I enjoy the journey as much as the destination.

Very Nice! Nothing like freshly painted parts going back on the car.

Okay, så have now received a good working rear end. It was from a -63 and is stamped with a "1" as is correct for my car with an A/C.

Had it sandblasted and painted and will fit it during the winter. Planning on repairing my old shaft and have it as a spare. 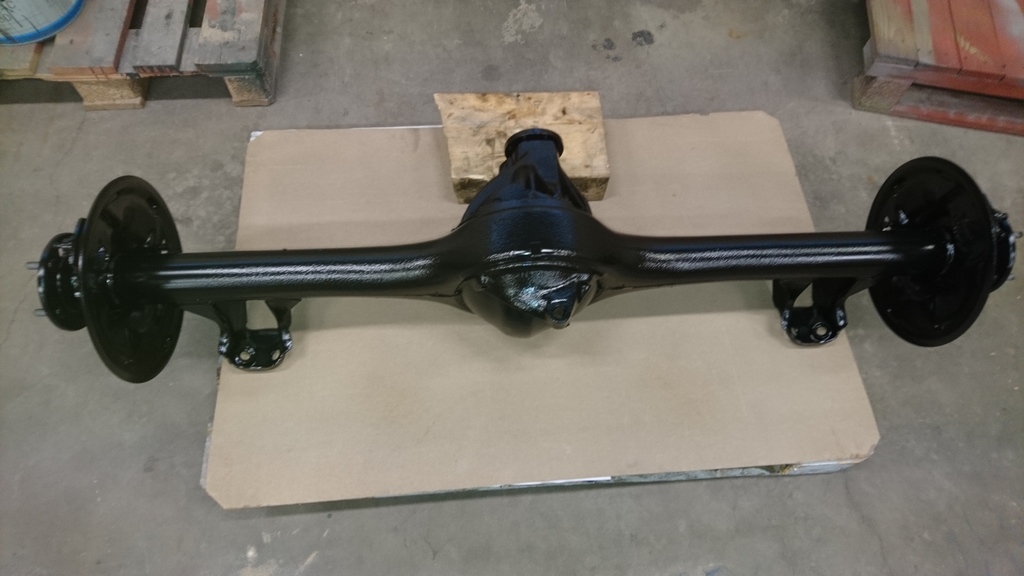 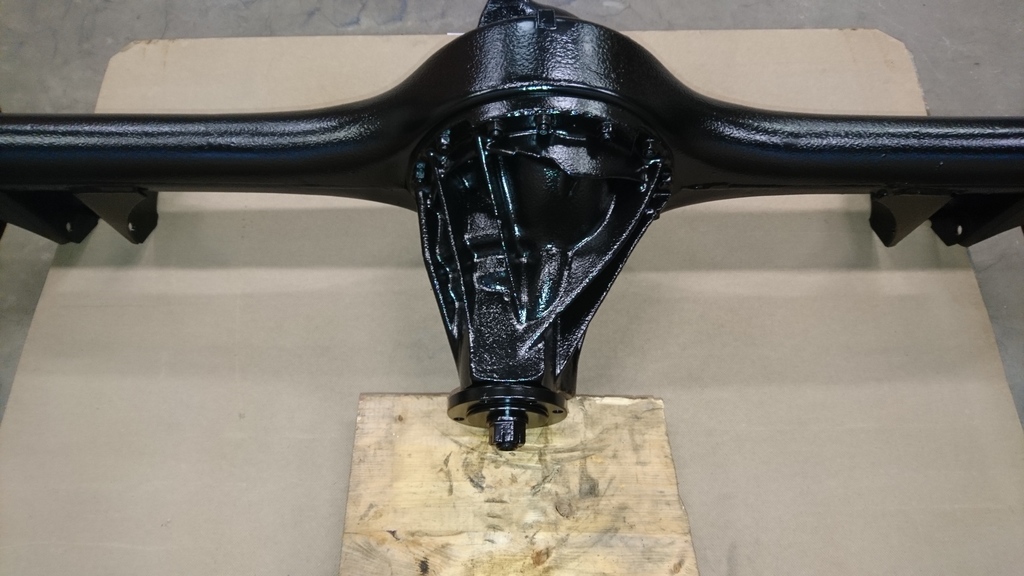 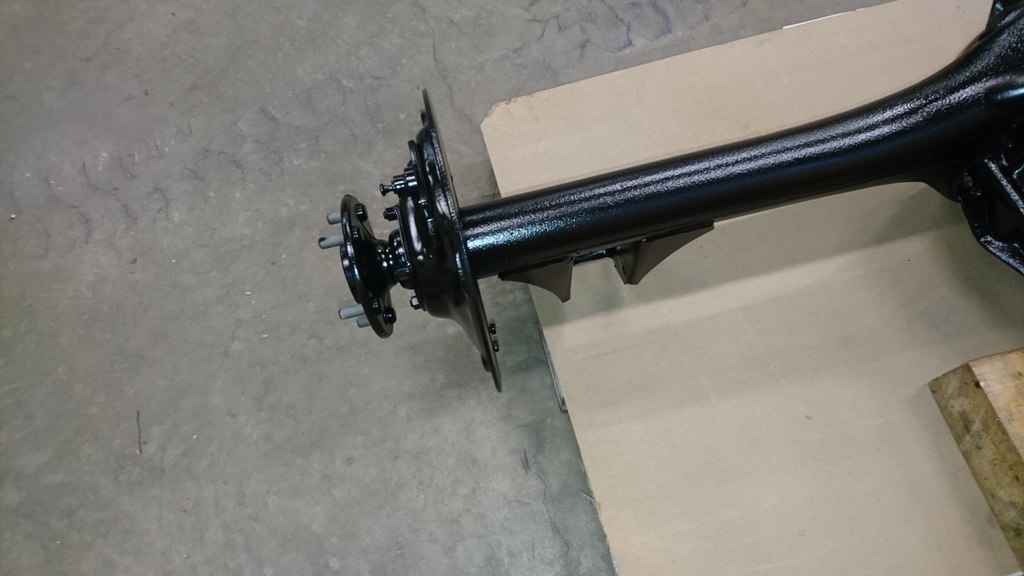 Casting #'s often do no match Cadillac Parts #, especially for items that had multiple uses, or used in different setups. For example the casting # of the 1964 to 1967 Cylinder head is  1481395... one cylinder head casting for both sides; however the MPB RH part # is 363 2376, and LH part # is 363 2375.
There are literally thousands of examples of Casting #'s not matching part #'s. I would start simple and ask for the location of their casting #, or better yet send a picture, and look and see what casting # you have on your differential.  If it the same, you are in luck. If it is different, it still could be for the same application, as I have seen casting #'s change even for the same part #!

Anders, ask them to take a picture.  The piece I have has a different yolk or end piece that is held onto the pinion with a nut. That will need to be changed out to the piece you have on your car.

A different way of describing it, is it is the piece that the drive shaft bolts up to.  Shipping will be about 90 bucks.

Btw went through my copy of the MPC and this is the only reference to this number: