Next task with my 64 DeVille project is to check TH400 condition. Gearbox came with the car but was already removed. It is 64 but not possible to say if it is the original to this car as there is no VIN stamped like in later gearboxes. And again we have one-year-only part, so I hope no need to replace mechanical parts. I got 64 gasket kit already but probably will need some more rubber for inside parts.

Two bolts from extension housing were so corroded that they broke when opening, otherwise no damages yet. O-ring in filter was not properly in place, and was cut actually. Modulator is not holding vacuum so need to be replaced. Governor valve is stuck, I hope cleaning will solve that.

I will clean all parts and replace gaskets, and other parts if necessary. Oil was very clean and red inside but I think oil has been changed or added not long time ago.
I can see that 64 is slightly different from 79 which I repaired year ago. All hints and advice are highly appreciated. Shop Manual is in heavy use. 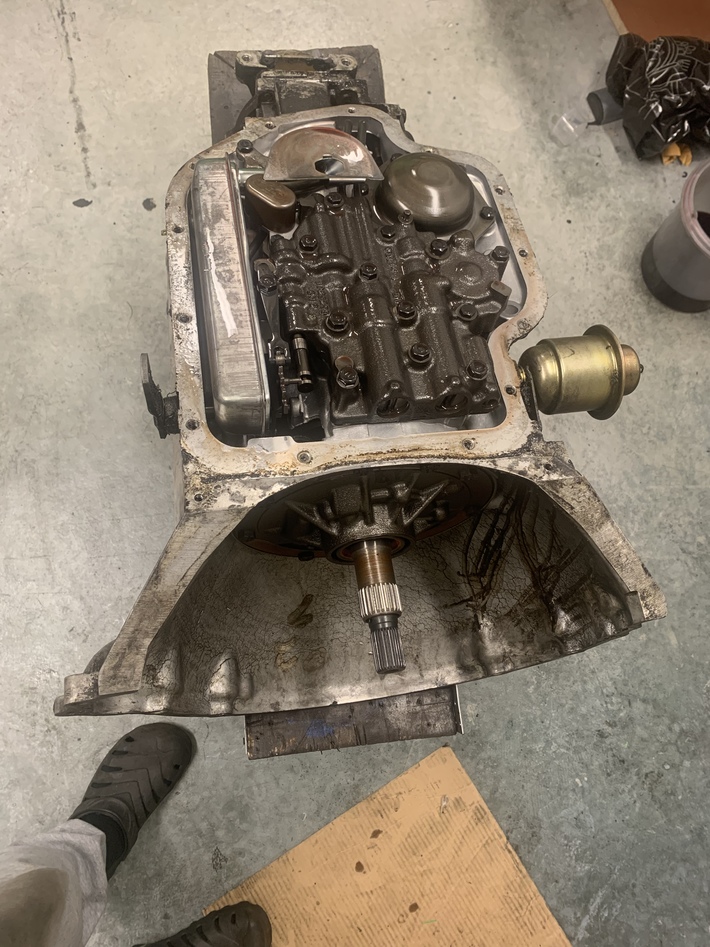 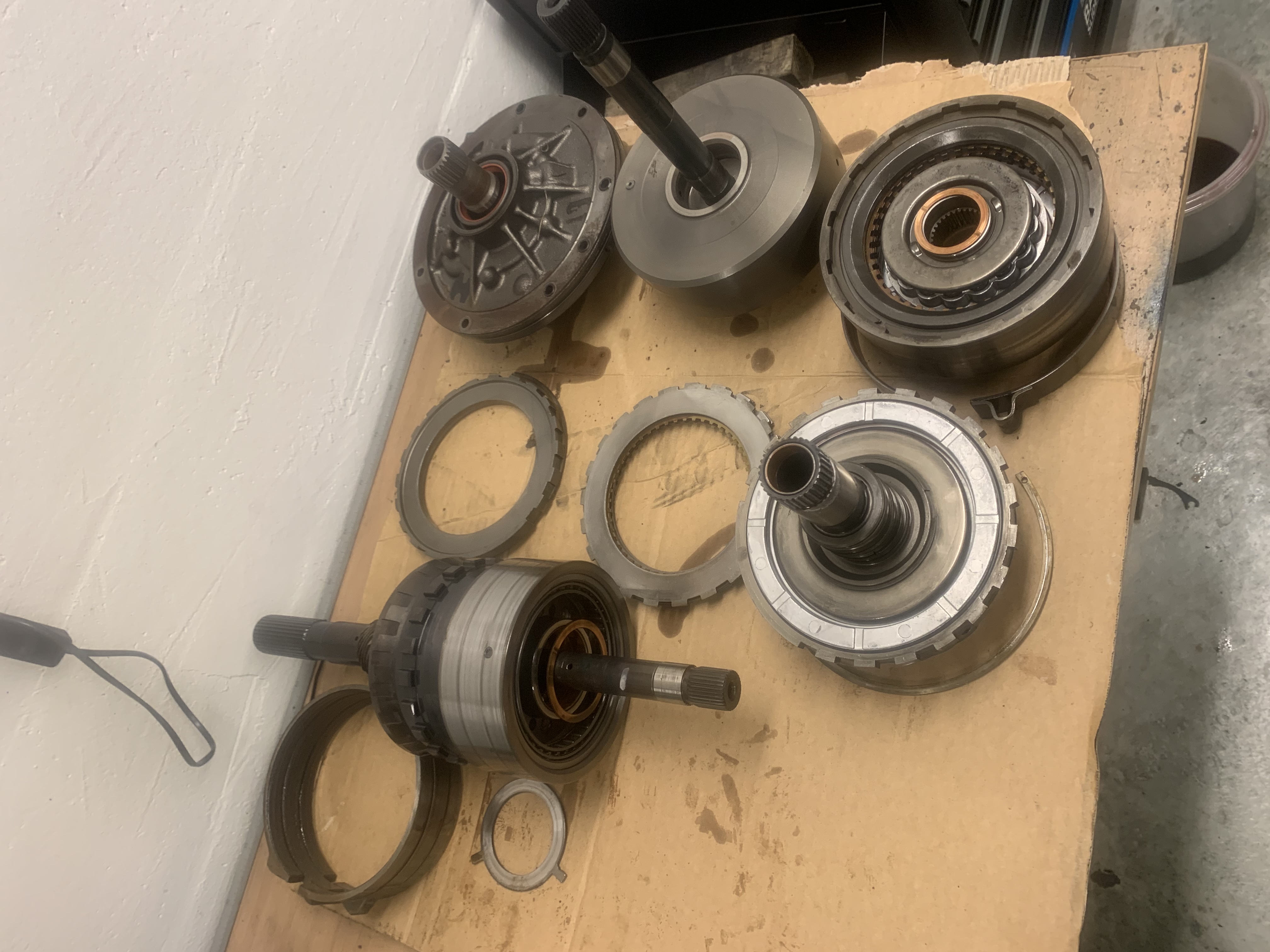 Are you sure you didn’t work for AMCO transmission in a prior life  ? ?

The video says it all

Local transmission shop asked 2500 USD to fix the TH400 in my Seville so I thought I will first try myself and pay that huge amount only as a last chance. So far I have kept the money in my pocket.

Thanks in advance for this very useful info

I made short video to see how the piston has to move freely up and down inside governor.

Thank you very much for a look at that governor

Btw where did you get the trans mount?

TA Motor on Sweden. (I live in Finland).

They were available in Rockauto some months ago with very good peice but not anymore.

During rebuilding my 64 TH400 I found out some technical features which are related to our year 1964 or a bit later, but are different to TH400 from later years. Good to check these if you are repairing your gearbox or sourcing parts for it. Most of this is defined in Shop manual when you read it very carefully. I am far from specialist regarding transmission so please correct and add data where needed.

First of all, the main case is one-year only for 1964. Probably similar case can be found in 1964 Buicks. Case is installed to 429 with adapter ring which is not needed in later models. So please handle your 1964 TH400 with extra care because it might be not so easy to find a replacement!

The control valve assembly is 1964 one-year only. It means that the spacer plate and spacer gaskets must be 1964 model. One of the fixing screws has copper washer which is not used in 70’s and later. Inside the case 1964-1966 TH400s have a sprag assembly instead of a roller clutch assembly. Sprag is regarded stronger and recommended when building hi-power modifications. 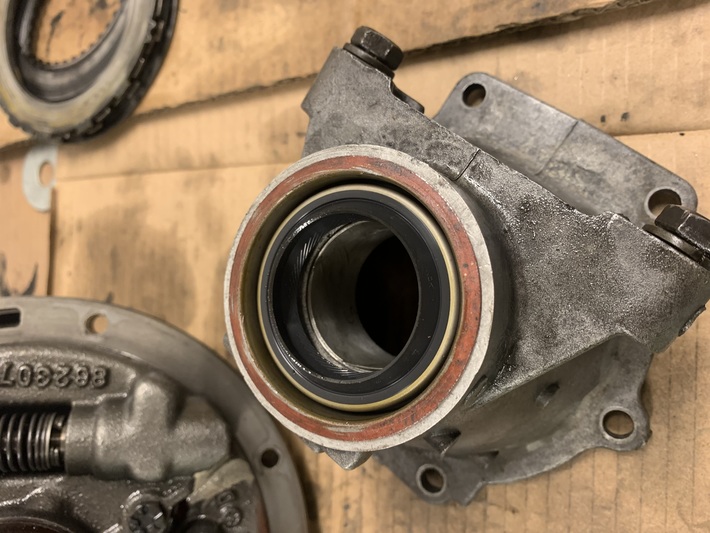 1964 TH400 has 5 pcs of 0.068 wawed metal plates in Forward clutch whereas later models have only 1 wawed plate. Thanks to this 1964 has extra smooth engagement of gears! I was lucky to find a NOS kit. 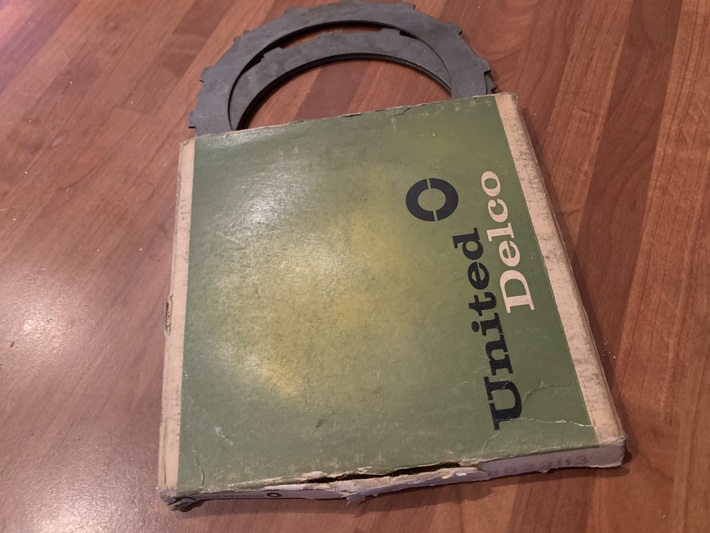 Oil filter in 64-67 is different from more common flat type filter used since 1967. In our filter the o-ring is installed to filter neck before installling the filter to gearbox.

Sometimes it is just this kind of info one needs to say - Hey  I can do this myself !!

I am extremely happy to learn —-that the 64 trans is built with  stronger parts that are known to be the most durable TH-400 trans built compared to some newer years that followed
Knowing that I have one of the better built. tH-400 trans is a very nice thing to be finding out

Nice Work Matti and thanks for sharing what you discovered